Science has greatly invaded our society nowadays that even cooking has adapted some scientific techniques of its own. Molecular gastronomy, a new sub-discipline of food science, makes it possible to incorporate certain techniques to cooking that were not ordinarily thought possible. One such example is the food aromatization technique.

Preparing the Herbs to be Used 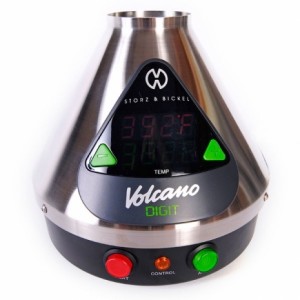 Vaporizers prevent combustion or the risk of scorching herbs or essential oils. They heat up gradually and maintain the temperature until scent is diffused. However, to maximize the herbs try grinding them finely. This will help vaporize the herb easily with minimal wastage.

Adding the Vapour to the Dish

Serving and Presenting the Dish

Flavor infusion does not stop in cooking the food. It continues until the dish is served and eaten. In fact, aromatization should continue all throughout the dining experience. Do not remove the food from the oven bag. Serve the food inside the bag. Another option is to catch the vapour using a glass, stainless steel or silver cloche food cover. The aroma will disperse once the food cover is lifted.

Accenting a dish with aroma is definitely something to be explored. Adding aroma to dishes can further heighten the flavour. Many different aromatic herbs and spices can be used to infuse food with help of a vaporizer. Another aromatic technique that is slowly gaining popularity is the aromatic pillow. The technique was popularized by Grant Achatz in his book entitled “Alinea”. Achatz also demonstrated this technique in his Chicago-based Alinea restaurant. The restaurant is famous for its dishes served atop lavender pillows. The pillows have small puncture holes in them that slowly disperses the aroma into the air. Achatz also likes to change the ambiance in his restaurant by diffusing different aroma into the air. Diners are quickly transported to different places such as Provence, the Mediterranean and the great outdoors while enjoying a sumptuous meal.

A good vaporizer to use is the Extreme Q Vaporizer. Unlike other vaporizers, Arizer’s Extreme Q comes with a remote control for easier fan speed and temperature adjustments as well as for conveniently turning the power button on and off. The Extreme Q Vaporizer is a digital vaporizer that is also capable of steaming, mineral diffusion and ambient aromatherapy. An Extreme Q Vaporizer kit comes with a base, remote control, two balloon mouthpieces, two whip mouthpieces, one potpourri dish, one vaporizer whip, one power cord, two screen packs, two cyclone bowls and an instruction manual. Several online stores, local shops and smoke shops are selling this brand at a reasonable price.

Sam Moser is a freelance web content writer who graduated from the School of Journalism at Ryerson University in Toronto, Canada.