“If the entire world’s water were to fit into a 4-litre jug, the total fresh water available for us would equal only about one tablespoon”.

The above fact makes it even more criminal to waste even a single drop of water. The single biggest human invention towards water preservation is a tap, without which most of the water saving efforts would perhaps fail. Taps have to follow the water conservation laws of the nation. For example, the law in the United States of America allows 7.6 litres for the bath basin taps, whereas the tub and shower taps are limited to 9.5 litres. A tap or a faucet (as it is commonly called in the United States of America) is an equipment for delivering water to the individual through a plumbing system. Its main components can be water inlets, spout, lift rod, handle(s), cartridge, mixing chamber and aerator. The handle operates the valve, which controls the flow of water. 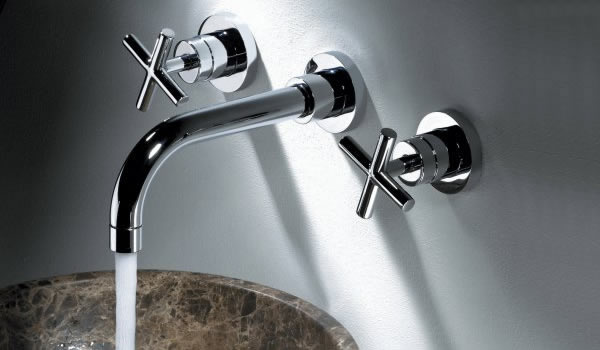 Taps and plumbing systems have been found to be around as early as 1700 BC in Knossos. They were also part of the Roman empire. They have undergone numerous changes over the eras since then.

Types of taps based on the body material are brass, die-cast zinc, chrome-plated plastic etc. Most of the taps used for the residential purpose are either single-control or dual-control cartridge taps. Some major types of taps are as mentioned below:

These can have a metal or a plastic core, that operates vertically. Some others have a spring-loaded rubber seal placed inside the body of the tap.

These have rubber seals with nylon cartridges and therefore they are cheaper and thus have a reduced life. The variations to these have ceramic disc cartridges which are more durable.

Alfred M. Moen designed the first single handle tap in 1947 and soon captured the market. The taps before this had two handles, one each for hot water and cold water. Moen invented few more useful products like a replaceable cartridge (which eliminated the use of washers in the taps), aerated water tap, shower valve diverter, flow control aerator and many other useful products.

Alex Manoogian introduced this tap in 1954 based on the ball valve design. Within 4 years the tap had crossed $1 million business.

The tap has continued to evolve and new developments are being recorded continually. The ceramic disc patented in the late 1970s by Wolverine Brass proved to be path breaking in terms of durability and more precise control. The built-in filter cartridges reduce chlorine, lead etc from the water thereby eliminating the requirement of filtration.

Few special types of taps that have been developed are discussed as under:

The zip hot water tap is one of the most popular technologies in the tap manufacturing industry. It removes sediments, volatile organic compounds like lead and parasites through its micro purify filtration procedure. Also known as the Zip Hydrotap, this technology provides crystal clear, pure, healthy and odor less water right from the tap. It even takes care of the temperature requirement. It can provide chilled water through its direct drychilling system, which utilizes a lightweight aluminium microchannel condenser to provide rapid chilling. It also caters for boiling water at a consistent temperature with minimum power consumption. The instant boiling is achieved through its power pulse technology, which involves delivering a precise amount of energy to the heating element and bespoke water circulation.

2.) Taps Specially Designed for the Disabled.

Many varieties of taps are available for the disabled including the Infrared/Sensor Taps, Push Button Taps, Extended Lever Taps, Elbow Operated Taps, Knee Operated Taps, Foot Pedal Operated Taps. Apart from these, Tap Turners are also available, which fit over the existing taps to enable the disabled users to control the taps.