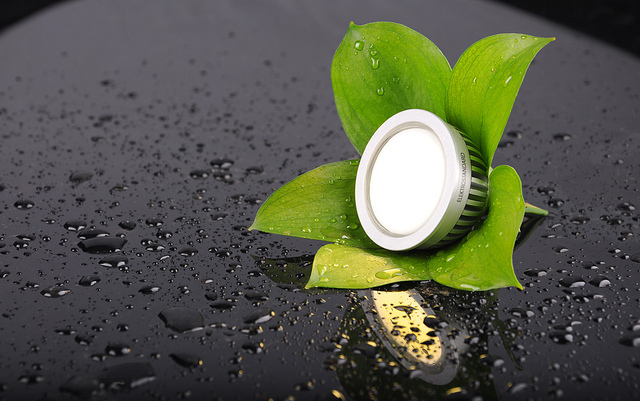 With a typical life time for about 100,000 hours, the LED or light emitting diode is certainly the future of home lighting. Since their invention by Thomas Edison, incandescent bulbs have served as a major source of electric light and have only been marginally improved by the florescent bulbs. While the light source provided by bulbs and florescent lights is quite effective, their high energy consumption and short life has been a constant problem. LED not only consumes much less electricity, but is much more durable and long lasting. Listed below are some of the top reasons why LED excels against the old fashioned incandescent and florescent lights.

Incandescent bulbs are known for their high energy consumption while providing only a fraction of luminescence as compared to the energy they consume. The amount of light produced bulb and its radius also depends on the size of the bulb and its filament. A solution to this problem was sought with the introduction of florescent bulbs for the consumers, but with only marginal improvements in energy efficiency. As compared to these age old methods, LEDs are known to emit a higher amount of lumens and need much lower supply of electricity to provide similar results to bulbs and florescent lights. Owing to these qualities, this power saver device has also found a place in government projects such as street lighting and industrial lighting.

As compared to the glass bulbs and florescent bulbs, LEDs are much more durable and will work for much longer. The average lifespan of an incandescent bulb is said to be less than 1000 hours, which was improved by CFL that lasts for about 8,000 hours. Compared to these two, the average lifespan of LED bulbs is 25000 hours but several applications of LED that were installed in the 70's are still in use. This shows their high longevity as compared to the older lighting appliances like bulbs, mercury lights, CFLs and halogen lamps. Each time you switch on a light bulb its life span decreases by a significant amount. Thankfully, LEDs can deal with heavy amounts of switching on and off and still function perfectly for years.

The conversion of physical data into digital data isn't the only high volume solution that we have seen in the 21st century. LEDs are not dependent on size to provide a higher amount of light. A group of LEDs are often stocked together in appliances, as their size doesn't exceed more than 5-8 mm. This means that they occupy much less space than the regular light bulbs and CFLs. Their compact size also allows them to be used in a variety of applications such as electrical appliances, phones, TV screens and huge illuminated display.

The main problem with incandescent bulbs and CFLs is that they're made of glass. Bulbs can easily shatter on impact and the filament can be easily damaged by any shock. LEDs on the other hand only contain the light emitting diode encased in a hard plastic shell that protects it from moisture and damage. The plastic casing also helps the light to emit more effectively from the encased semiconductor and also helps it to mount in different devices. Their increased durability has made LEDs extremely popular for sporting equipment, vehicles and installation in places with extreme weather.

LEDs are known for their focused light and the light produced is much more subtle as compared to the incandescent bulbs. Most CFLs and regular bulbs require an externally designed reflector to focus their light in a specific direction. This means that a lot of Lumens are lost in the surroundings without producing much light. Compared to bulbs LEDs do not require any external reflector as the plastic casing doubles as a protective shell and a refractive intermediary.

Apart from these above mentioned advantages of LED over regular lighting, LEDs can be a little expensive to buy. Nevertheless, their several benefits and improved performance have made them extremely popular in consumer market and is also being implemented in infrastructural projects by government authorities. Their increased durability and efficiency can not only save electricity but can also lower the maintenance costs.