If you’ve installed a programmable thermostat or home camera system, you’ve taken the first steps toward having a “smart home”—but that’s only the beginning. In fact, recent technological advances, improved integration, and more intuitive systems made 2016 a banner year as record numbers of consumers added smart-home features to existing homes or new home constructions.

This year the trend continues and it’s no wonder: Smart home devices can make life better, not to mention safer. What are the hottest smart home trends for 2017? Let’s find out.

In the old days, we had to be satisfied with peepholes in doors and chain locks, neither of which were particularly secure. How times changed. Today’s home security systems offer so much more.

The latest in smart home security is a high-tech integrated system that gives you control over multiple security devices. Systems utilize your home Wi-Fi or proprietary connections to give you control from nearly anywhere using an app and your smartphone.

Systems range from basic to full-blown Fort Knox security. Homeowners have the choice of purchasing do-it-yourself kits or subscribing to security services that install systems, monitor activity and alert local police or fire departments when a breach occurs. 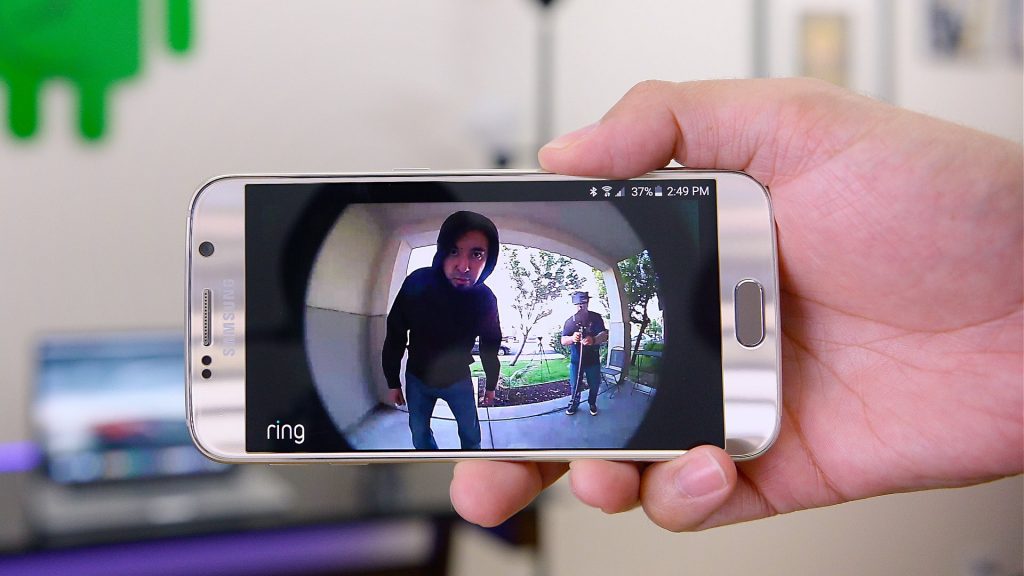 Unlike security systems, which have been in development and improving for a number of years, voice controlled devices are relatively new.

Virtual Reality (VR) and Your Home

When you think about VR, you probably picture people sitting around wearing strange glasses, playing games and hooting and hollering, absorbed in their own little worlds. That’s pretty much the way the media has portrayed VR until now. And gaming is where VR technology first took hold. But in 2017 you’ll see some remarkable VR applications for your home. Build very real looking landscaping scenarios for your lawn. Virtually walk around your design and make adjustments as you go. Building a home or adding a room? Try different designs and see how they’ll really look.

VR also shines when it comes to home entertainment in 2017. Sit in your home theater and experience films as you’ve never experienced them before. VR tickets to live events will give you a front row sit right from your easy chair.

Wouldn’t it be great if your refrigerator could tell you when something’s wrong before it starts leaking water all over the floor? Now it can.

Smart refrigerators, washers, dryers and dishwashers alert you to problems, fix themselves whenever possible, and contact a technician, if necessary, who can often fix the problem electronically. State-of-the-art smart appliances, such as Samsung Family Hub refrigerator include touch screens that not only give you control over fridge and freezer temps, but a place to type notes, keep track of appointments and display family pictures. Smart appliances are fun, but they are pricy.