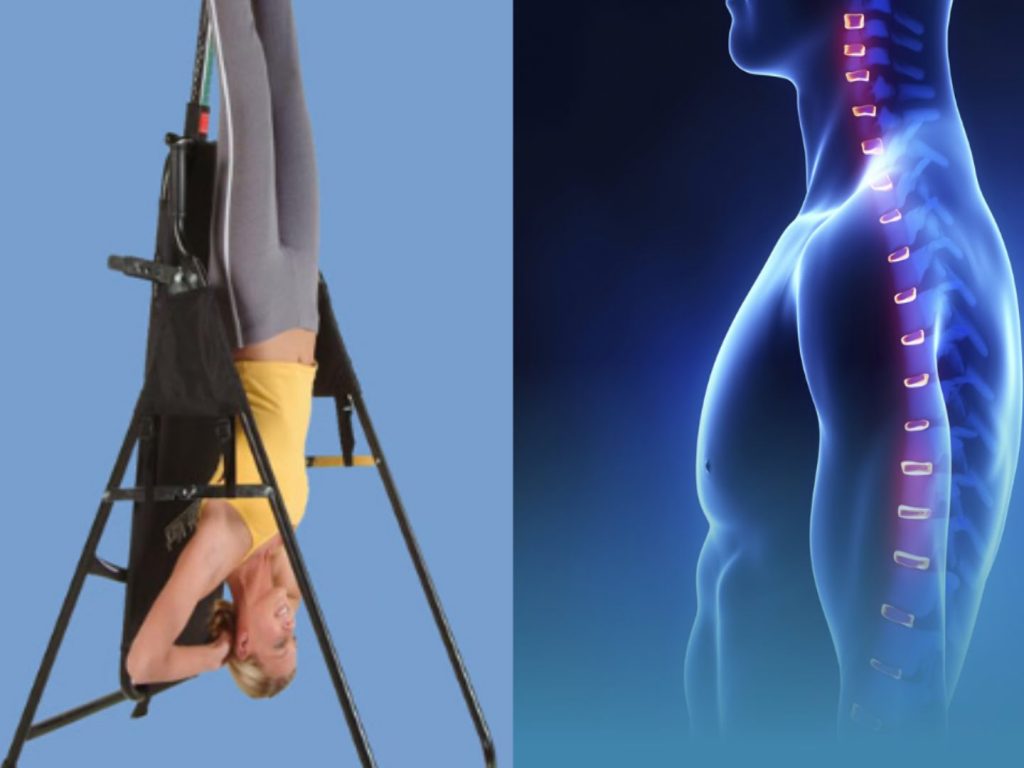 The thing is that there’s a therapy that’s meant to enhance your well-being by placing you upside down. It seems weird, but it actually works. It may not be a thing for everyone since, in as much as it solves some significant problems, it can also raise or worsen others. To learn more about it and determine where you stand, keep reading. The thing is – inversion therapy.

Inversion therapy is a technique with the goal of delivering therapeutic benefits by placing an individual at an inverted angle (upside down). It sounds off and like another gimmick that someone came up with, but it actually is a thing. It’s a kind of spinal traction and spinal decompression method that’s meant to alleviate some of the pressure the spine usually experiences; hence, improving its functionality. The therapy essentially relieves pain (especially back pain); enhances the respiratory, circulatory, digestive, and immune systems; it’s good for your physical and mental health, and ultimately, leaves you more aesthetically pleasing.

Obviously, not everyone can willingly place themselves upside down. It’s one of the areas a selected few of the human population is gifted. There are those who can walk on their hands, and there are those who can support themselves while upside down with their elbows. This is not necessarily inversion therapy, but it gets the main idea and works to some degree. The specialists in this area particularly recommend yoga that specializes in upside down poses; the yoga community identifies it as asanas. Be that as it may, not everyone is capable of such yoga techniques, even if they can afford it, let alone the earlier mentioned walking on one’s hands, or supporting oneself on one’s elbows with feet high in the air. It is for this reason that those who value the benefits of inversion therapy invented instruments like inversion tables to make things easier.

Nonetheless, inversion tables are not the only gadgets available that facilitate inversion therapy. Alternative mechanisms are available; for instance, you are likely to come across inversion chairs (where you are placed in a sitting position while upside down), and gravity boots. Gravity boots are mainly meant as additional accessories for inversion therapy devices. They are intended to hold you comfortably in place while upside down. I don’t know about you but writing ‘upside down’ this many times is making me dizzy.

Okay. I Get the Main Idea, but Should I try it?

As indicated earlier, inversion therapy is not meant for everyone. If you are a fan of movies, you must have watched those where someone is held upside down either as an interrogation technique or as a torture method. Either way, being upside down for an extended period of time, even if it’s just a few minutes can be uncomfortable to many people. This is so mainly because blood will be forced to flow to your head, and the organs of your body will be forced to deal with being in a position they are not accustomed to. For example, being upside down places a considerable amount of pressure on the eye sockets. Therefore, people with heart disease, eye diseases, high blood pressure, bone and joint disorders, and those pregnant will not find inversion therapy a pleasant experience at all. So you see, the therapy is not for everyone.

Be that as it may, if you can’t relate to any of the conditions mentioned above, and you feel you want to give it a shot, it’s advised to always ensure another party is present to offer assistance during the therapy, and more importantly, initially work with a professional before even attempting it by yourself. Therapy is meant to improve your health, not worsen it.

It’s advantageous for you to realize that the benefits gained from inversion therapy are not necessarily long-term. The benefits experienced only last for a while, and then you may have to get more of it. I guess you can’t stay upside down forever because as explained earlier, it’s not very pleasing, and staying upright also has its quacks. So in a way we have to find a balance between the two positions to make things easier for our spine.

So let’s get you upside down, assuming you don’t have any concerning conditions, and chances are by the time you’ll be upright again, you’ll be a better person; physically, psychologically, and emotionally. And that’s the thing about inversion therapy.