With the onslaught of new prenatal tests flooding the market for new mothers, there are some new concerns being raised by both patients and doctors alike as to their effectiveness. Unlike a simple paternity test, problems have arisen with these prenatal tests due to the complex nature of the understanding their results. 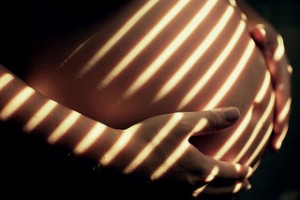 Four companies in particular, Sequenom Inc. among them, have been exploring a new market for prenatal tests that specifically examine key components of fetal DNA in the expectant mother’s blood. The popularity of these tests cannot be overstated, with over sixty thousand being issued in 2012 by just Sequenom. Along with its competitors, these companies expect a steady increase in the number of participants as thousands of these tests are purchased and conducted. Doctors both fear and expect that these tests may become the new medical standard for pregnancy examinations.

Unfortunately, this new medical standard brings with it concerns over how accurate the tests are. Since the test deals with an extremely sensitive topic, the healthiness of a baby, a misunderstood diagnosis could lead to unnecessary abortions.

Due to the potential repercussions of a mishandled prenatal test, the American College of Medical Genetics and Genomics has stepped forward to suggest that these tests be referred to as screenings instead. This way, patients will not immediately assume their unborn child suffers from something as serious as Down syndrome without first seeking a second opinion for a more conclusive test.

There are alternatives to these prenatal tests, though they are often considered to be as invasive as they are definitive in their conclusions. While some clinics believe this new type of test is safer due to its less invasive nature, in reality the risks to the unborn child are comparable.

The situation is not without hope though, as both the creators of the prenatal test and medical experts believe that these types of tests should preclude more invasive procedures for definitive proof. By using the less invasive test first, if there are no positive readings, it allows the mother to skip a procedure that runs a risk, however miniscule, of causing a miscarriage.

While some studies have found the prenatal tests to be accurate to almost ninety nine percent of cases with Down syndrome, it has been found to be much less effective in predicting other genetic abnormalities.

While the future of prenatal testing seems bright, as more information is gathered on the subject, it seems to be the general consensus of medical experts that it is not quite at the stage of overtaking more traditional and invasive testing procedures.