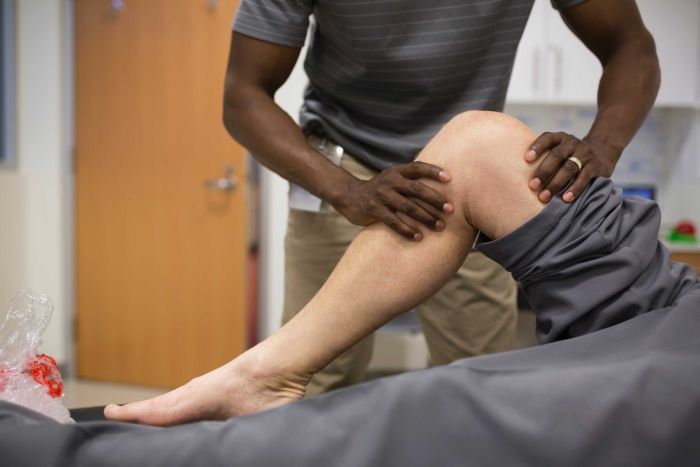 Having confidence comes from the belief that you are good at something, or in the least that you can handle the challenges a certain task may have in store for you. When returning to sports after a serious injury, many athletes begin to doubt they will be able to make the plays they used to, and need to, during the pressure of competition. A major injury can significantly alter the way you perceive your abilities in your chosen sport.

Many athletes develop varying levels of performance anxiety or fear a repeat of the same injury and will back off from heavy involvement or ‘risky’ moves. This fear is just about enough to kill an athletes edge on the competition. Sport has to feel natural, you need to follow your instincts, and trust in yourself, so when this type of anxiety sets in, you begin thinking too much and getting caught up in your head about what may or may not happen. With this it becomes harder and harder to play at the top level.

One step on the path to overcoming performance anxiety is to acknowledge the fear, recognise that it is there and what has caused it. Trying to pretend that you’re tough and that you have no fear is only going to make it worse. Injuries are painful, and worrying about a recurring injury is a natural concern after seriously hurting yourself. Be open about it, it will help you deal with it.

It’s also natural to be concerned that you ‘don’t have it anymore’ or that you won’t be able to recover to the same level you were playing at. This is nonsense – a lot of elite athletes even come back stronger and better than they were pre-injury after working with physiotherapy services, and doing the exercises prescribed, or if they have lost a certain element to their game, they restructure their approach to the game. They might have lost some speed, so they hit the weight room hard and develop much more strength and size than they previously had – changing the way they play the game but perhaps for the better. Don’t use excuses, there is always a way around, another path.

Don’t let embarrassment stop you from doing what you love. For most athletes, being good at what they do allows them a sense of pride and identity. Having a decrease in ability can be cause for embarrassment and a feeling of being lost. Many athletes may feel a sense that they are being judged and criticised when they come back from a serious injury, as if people are seeing if their career is over or not. The truth is, no one thinks about you, and analyses you as much as you do, and if there are people criticising – then take the opportunity to prove them wrong.

This concept is not new to most athletes. Positive self-talk plays a vital role in the success of all competitive professionals. Unfortunately, after an injury, when that doubt sets in, people let negativity get the better of them. So, try some mild cognitive restructuring – use positive statements with strong intention to remind yourself that an injury is only a setback, not a game ender. The trick is, you have to buy into it. You have to mean it, if you don’t, it won’t work. Fake it till you make it, but do your best to mean it and tell yourself you can do this.

Once you are ready and your physio and coach are in agreement that you are good to go, then get back out there as soon as possible. Don’t put off playing at the top level again, don’t let fear hold you back.