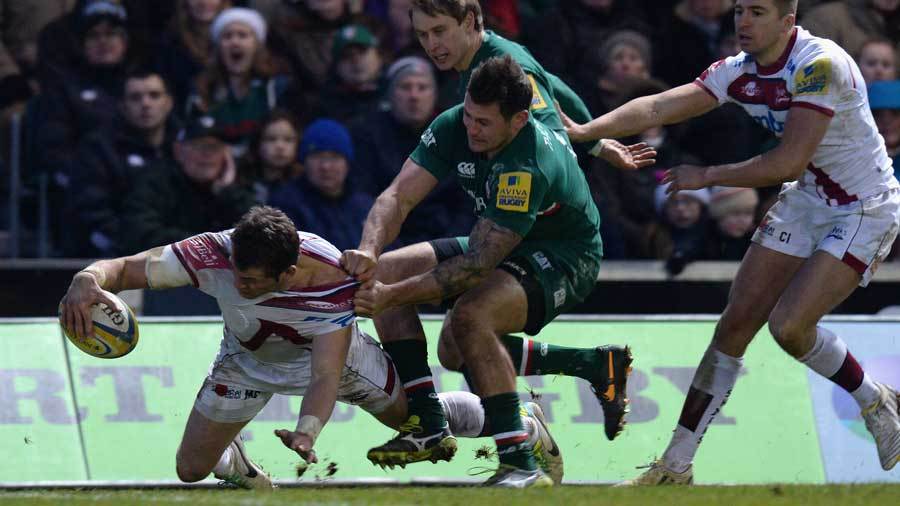 Athletes in all sports seek every opportunity to get an advantage over their opponents. In most cases, they do it fairly but some are happy to win by fair means or foul. You only have to look at the number of drug cheats who are regularly discovered to see what winning means to some. And then there are those who have gone to other extremes to ensure their success, US ice skater Tonya Harding's involvement in an assault on rival Nancy Kerrigan in 1994 being one of the most disgraceful in sport.

Unfortunately, rugby is not immune and over the years there have been incidents of deliberate cheating. Welsh fans will never forget the 1978 Wales-New Zealand match in Cardiff when, with Wales leading and just minutes to go New Zealand lock Andy Haden dived out of a lineout to make it appear he had been pushed. A penalty was awarded (although referee Roger Quittenton has always maintained it was not because of Haden's dive) and New Zealand duly slotted the penalty to win the game.

The Haden incident was a spur of the moment decision made by an individual but the Bloodgate scandal of the 2009 Heineken Cup quarter final between Harlequins and Leinster was a management decision. Harlequins' player Tom Williams faked a blood injury using a blood capsule so that Nick Evans, who had earlier left the field injured, could return to take a kick at goal. Team doctor Wendy Chapman later cut Williams' lip to make the injury seem real. Director of Rugby at harlequins Dean Richards was found to have orchestrated the plan. It was also discovered that Harlequins had used the ploy on earlier occasions. Fines and bans were handed down to those involved but the affair illustrates that rugby is not immune to cheating, not just on an individual level but also at management level - and if one side is doing it, the best guess is that so are a lot of others.

There are examples of individual players deliberately cheating in almost every match. Shirt tugging, scrumhalves feeding the ball into the scrum crooked, hands in the ruck and deliberately slowing ruck ball down are all regular features of rugby matches and can be dealt with by referees at the time but it is coached cheating and cheating at management level that is a greater concern.

Teams seem to be coached in the art of deliberate obstruction, not only on attack when dummy runners shield ball carriers and get in the way of defenders but also on defence by obstructing opponents chasing kicks. There are also tales of defenders being coached to get in the way of try line cameras to minimise the chance of the TMO awarding a try and forwards being coached in illegal scrum tactics, such as pulling back one side to wheel the scrum and even how to collapse the scrum.

Sideline controversies, too, add to the perception that the rules are being deliberately flaunted - and placing players at risk. No one will forget the third Australia- Lions test in 2013 when George Smith left the field clearly not knowing what planet he was on, only to return minutes later supposedly cleared of any concussion. Smith was placed at risk of more serious injury and though he might have passed the required concussion tests before returning to the game, there was no way that he should have been permitted to play on; that much was obvious even to the layman.

Everyone wants to win, but at what price? Do we really want to see cheating become part of rugby? It is up to players, management and the IRB to ensure that rules are followed and that appropriate action is taken to deal with offenders irrespective of whom they are. A clean game will not only see rugby develop but will also encourage more sponsors like Canterbury, providers of rugby shirts to some of the top sides (including England), to continue supporting rugby.