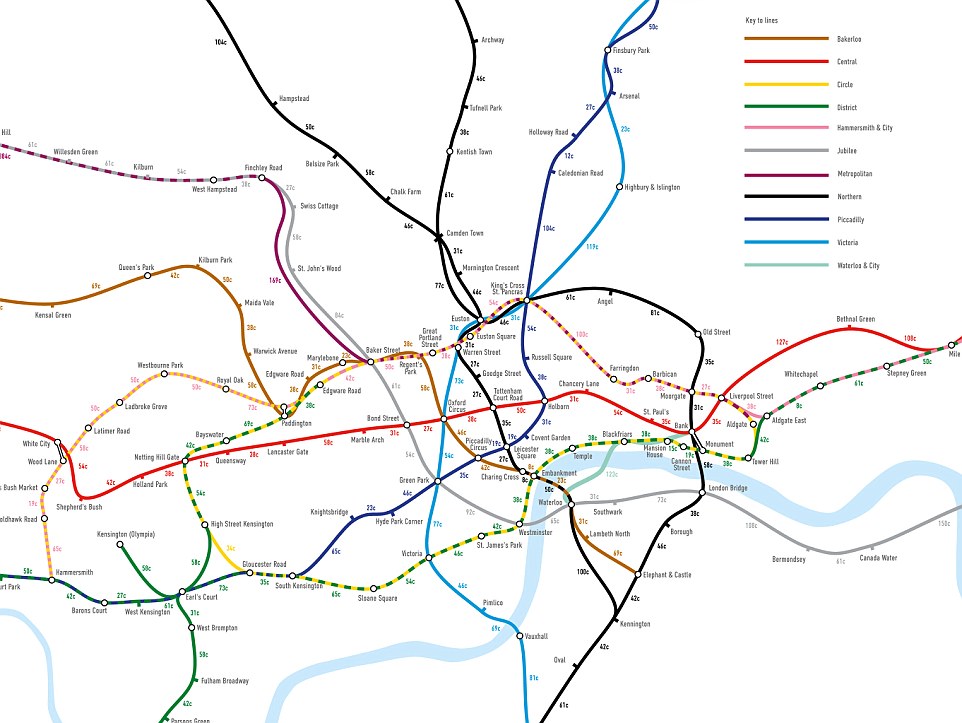 London has its fair share of internationally recognised landmarks, all within a reasonable travelling distance, you might agree. All the more reason then to ditch the iconic red London Bus and the London Underground to walk amongst the hotspots. A study from GP Wayne Osborne of medical website Treated.com discovered that people who use the tube on a daily basis were potentially neglecting the basic principles of physical activity that are required to sustain a healthy lifestyle, now so more than ever in our current climate of daily stress and fast-food conveniences.

The study, which resurfaced earlier this month in Express, highlighted the total calorie count between one tube stop and the next on every major line. The findings split the outcome of the journey by calories burned off by walking, jogging and cycling, to put things in greater perspective. This reader for example would burn off a total of 415 calories by walking from North Greenwich to Canning Town. The equivalent distance travelled by jogging would burn off 648, or 259 if cycling. Not a bad way to compliment a Dry January pledge! The total longest and shortest routes, assembled by Dr Wayne Osborne and his team are shown in the tables below:

North Greenwich to Canning Town tops the table for most calories likely to be burned off in a signle journey, according to the figures.

Charring Cross to Embankment has the shortest journey time and will burn off the fewest calories.

The London Underground has been shuttling passengers from the heart of the city to the outer suburbs for over 100 years. Oxford Circus alone is reported to facilitate the travel of almost 100 million people every year. London strikes are set to commence in early February 2016, with disruption set to put a dent in the UK economy and a frown on the millions of commuters hoping to reach their place of work.