Now that Rio is in full swing, everyone is talking about this year’s Games. Olympic years are always high points for athletes and sports enthusiasts the world over – there’s the thrill of the competition, the awe of seeing athletes at the top of their fields, and the special way that watching makes you feel as if you’re right there in the action. The Games also inspire athletes everywhere, at every level, to push a little harder, train a bit longer, and do more to reach their full potential. This year there are sure to be plenty of moments that make you wonder – could I do that? To answer that question, you’ll either have to become an Olympic athlete, or find a facility that offers interactive agility tests that show how close you come to matching the performance of these world-class athletes. 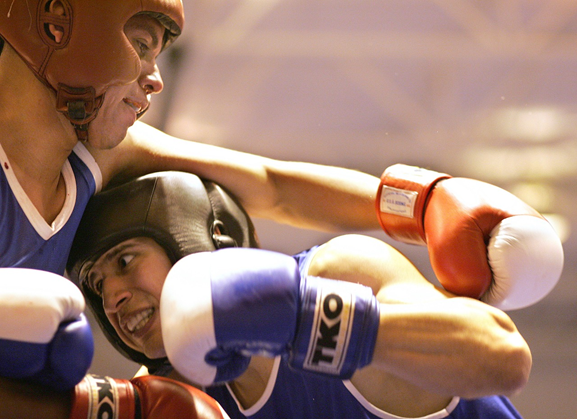 The 2016 Olympic Games promise numerous opportunities for the average person to witness the one-of-a-kind performances provided by these top competitors. The summer sports include everything from archery to diving to volleyball, and so much more. The Games are about a lot more than just competition between nations. They inspire excellence from their contenders, cooperation between disparate nations, and encourage physical activity in all generations.They allow for the betterment of athletic competition and human athletic prowess as a whole. These events bring much of the world together in a way no other event or moment can match. Onlookers may focus on cheering for their individual countries, but they are united in their shared love of the Games. With so many hopes, dreams, and aspirations at stake, it’s no wonder we begin to contemplate how we might compare to these mighty challengers.

If you are wondering how you might stack up against an Olympian, you can participate in interactive agility tests to get your answer. Agility is a key skill in any athletic pursuit (learn more in this article from SKYD Magazine). Serious athletes have been participating in agility testing for decades – using it to help them measure their performance and track where improvements may be needed.

Many physically demanding careers, like firefighting and police work, also require individuals to pass certain agility tests to be considered for employment. The science and technology behind agility tests has been used professionally for quite some time, but has only recently been made available to those with a more casual interest. Facilities such as the ROX: The Richmond Olympic Experience at the Richmond Oval in British Columbia now offer public access to interactive agility tests, so that anybody can get a state-of-the-art test of their athletic abilities.

Even if you aren’t an Olympian-in-training, agility testing is a lot of fun, and a great workout. If you want to make things interesting, bring a group of friends or coworkers and compete for bragging rights. Kids Health indicates that exercise offers many benefits for children and adults, including building stronger muscles, reducing the risk of becoming overweight, and lowering blood pressure. Who knows? Maybe you’ll discover you’re a gold medal talent!