Dehydration is a very serious concern, especially in the summer months. As a problem, not many people seem to give it much thought, and because of this, they generally ignore it till the time it actually becomes a serious issue.

Dehydration is a term that is used to define a situation where your body is losing much more fluid than your intake. This results in a lack of enough fluids, including water, for the body to be able to carry out its normal functions. If you do not replace these lost fluid well in time, it leads to dehydration. Though anyone can suffer from this situation, it is considered to be more harmful for older people and children.

While moderate dehydration can be reversed by drinking more fluids, if the dehydration is severe, you will need immediate medical attention.

The Causes of Dehydration 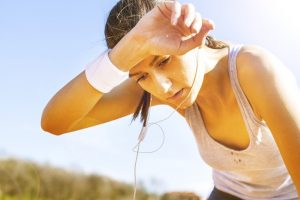 Sometimes, the reason behind dehydration could be as simple as forgetting to drink water. Maybe you are sick or busy or maybe you don’t have a water purifier for your office, leading to lack of access to clean water, or maybe you’re traveling. But, other causes of dehydration can include:

Diarrhea and vomiting – These can lead to a major loss of not just water, but also electrolytes from the body in a small time period.

Fever – The higher it is, the more dehydrated you get

Sweating too Much – If you’re doing some activity that will make you sweat excessively, don’t do it without a means to replenish the fluids in your body

Too much urination – Diabetes, alcohol, certain medications, etc. can lead to excessive urination, which can help in dehydrating you

The Risk Factors of Dehydration 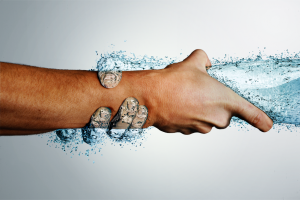 Anyone can become dehydrated, and although mild issues can be reversed, some groups are at much greater risk with dehydration:

Children – Young children cannot tell you they are thirsty, nor can they get water for themselves. Diarrhea, vomiting, and fever causes dehydration at a higher rate in children.

Older People – With age, the body’s reserves of fluid become smaller, and the ability to conserve liquids like water is also reduced.

Chronic Illnesses – Illnesses like diabetes can put you at a higher risk of dehydration. Certain medication(s) may also lend a hand in increasing urination or sweating. Plus, you are less likely to want to eat or drink much if you’re unwell.

Spending too much time outside – There is large a number of people who have to work or even exercise outside; and when it is humid or hot, the chances of heat illness or dehydration also increase. If the air is humid, the sweat does not evaporate, and your body is unable to cool itself, leading to a rise in temperature and the need for fluids.

The Signs and Symptoms That Signify Dehydration 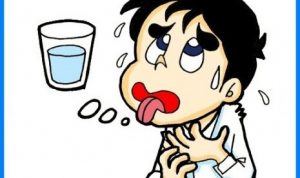 Signs that can help indicate whether someone is feeling dehydrated may vary with the age of the person in question. For example, a child may not be able to tell you that they feel dehydrated. Instead, you will need to look for the following signs:

You will need to keep an eye out for these symptoms in kids to make sure you can take care of the problem. Meanwhile, signs of dehydration in adults include:

Dehydration can also reach serious levels, at which you need prompt medical attention. You should head out to see a doctor, if you see any of the following symptoms in anyone:

Dehydration is not just about drinking less water. Also, feeling thirsty is not the only indicator of being dehydrated. Keep a lookout for these symptoms to avoid serious issues. Also, make sure that you install a quality water purifier or RO system from a trustworthy brand to ensure you always have access to pure drinking water.

Anas Baig is author at LeraBlog. The author's views are entirely their own and may not reflect the views and opinions of LeraBlog staff.