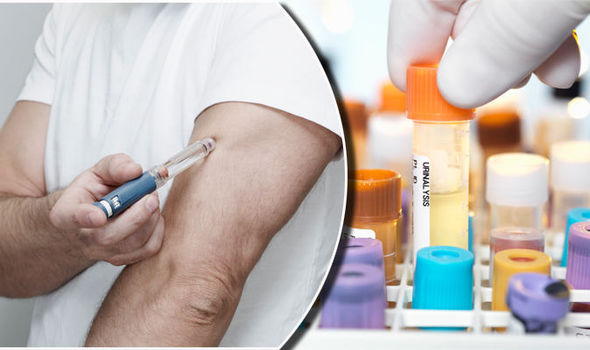 As you likely already know, diabetes has grown into a worldwide epidemic. This problem will follow you for the rest of your life. Nevertheless, you must remember that it is possible to live a good life, despite being diagnosed with diabetes. As long as you take the appropriate diabetes medications and keep your health in check, you will be able to remain completely safe and still maintain a high quality of life. Within this guide, you will learn more about diabetes and some of the most effective drugs.

First and foremost, you should realize that diabetes is a worldwide problem. It is a non-discriminating disease that is more than happy to target anyone, regardless of their age. In 2015, it was estimated that nearly 9.5 percent of the American population has been impacted by diabetes. This is even worse than you might think, because a lot of patients go through life without realizing they have diabetes. Of the 30 million adults suffering with diabetes, approximately 23 million were diagnosed. Over 7 million were undiagnosed. Simultaneously, it should be known that 1.5 million new cases of diabetes are diagnosed in the United States each year.

Can Lead To Death

It is also important to realize that diabetes can indeed lead to death. If this complication is not kept under a watchful eye, there is a good chance that it will become fatal. In fact, diabetes was the leading cause of death in America during 2015. It caused a total of 79,535 deaths. It is also believed that diabetes as a fatal disease may be underreported. Now that you’ve learned about the potential repercussions of ignoring your diabetes, you should realize how important it is to get control of the situation immediately.

There is truly an abundance of medications that can be used for the treatment of diabetes. Just remember that most of these drugs will not necessarily cure the underlying disease. However, they will help to diminish the symptoms, so you can live a normal life. For your consideration, some of the most common medicines for treating diabetes symptoms will be explained below.

Sulfonylurea agents or Sulfa and Sulfonamide are commonly used to combat type 2 diabetes. While it is important to stick with the basics of exercising and eating healthy, these medicines can prove to be helpful. There are many different Sulfonylurea agents on the market. The most common include Diabeta, Glucotrol, and Micronase. These diabetic medications are designed to help the pancreas produce a greater amount of insulin. They also help the cells utilize the insulin more effectively.

This medication is available in pill form. It will normally be taken on a daily basis and before meals.

DPP-4 inhibitors are also very common for the control of diabetes. Nesina, Januvia, Onglyza, and Tradjenta are four of the most common DPP-4 inhibitors. The dipeptidyl peptidase-4 inhibitors are capable of ensuring that the blood sugar levels remain within the safe range. They also help to avoid these levels from dropping too low or causing the patient to gain too much weight. Just remember that gliptins are not entirely effective. If the diabetes worsens, there is a possibility that you will need to change to a new medication in the near future. The side effects associated with these drugs are very minor. Nevertheless, they can cause swelling of the lips, face, tongue and throat.

Some patients will also experience trouble breathing after consuming DPP-4 inhibitors. If you notice any of these symptoms, be sure to call emergency services immediately.

The two most common TZDs are Actos and Avandia. These diabetic drugs are sometimes combined with others. They’re designed to help lower the insulin resistance levels of the fat and muscle. These drugs may also be able to reduce the amount of glucose produced by your liver. TZDs are usually prescribed to the patient when other drugs have been unable to bring their blood sugar levels down to the normal range. There is a possibility that these diabetes drugs will also lower triglycerides and increase HDL cholesterol.

The side effects are rare and minor. However, you should contact emergency services, if you being suffering from liver problems, hives, or have trouble breathing.

Meglitinides (Glinides) are a class of drugs that are utilized to treat Type II diabetes. These drugs work by increasing the body’s insulin production, which in turn will lower blood glucose levels. Insulin is produced by the beta cells in the pancreas and sometimes the production is insufficient, causing the blood sugar to increase quickly in the bloodstream.

The pharmacists at CanadianInsulin will recommend Meglitinides to people with Type II diabetes, because it works quickly and does not remain in the bloodstream for very long. It is typically administered prior to meals or at mealtime. The key is to maintain an optimal blood glucose level at the most crucial times of the day, mealtime.

SGLT2 inhibitors are a class of drugs utilized to treat Type II diabetes. The Food and Drug Administration approved these drugs to lower blood glucose levels and should be combined with a healthy diet and regular exercise. Empaglifozin, dapagliflozin and canagliflozin are included in the SGLT2 inhibitor class.

These drugs work by causing the kidneys to excrete excess urine from the body. People with Type I diabetes are not prescribed SGLT2 inhibitors. SGLT2 inhibitors are also combined with metformin, piglitazone and nizagara 100

SGLT2 inhibitors work very effectively as long as they are administered per the prescribing physician’s recommendations and combined with diet and exercise. If you have been diagnosed with low blood pressure, bladder cancer and impaired renal function, you should tell your doctor for consumption.

Biguanides or Metformin is utilized for the treatment of type 2 diabetes and prediabetes. There are several different forms of Biguanides. They include metformin, long-acting metformin, and liquid metformin. While they differ slightly, they’re nearly identical. The goal of the medication is to lower the user’s blood sugar level. The medication achieves this goal by cause the liver to product less sugar, while increasing the muscle’s ability to absorb sugar. Finally, metformin is capable of lowing the body’s need for insulin.

Besides being used for prediabetes and type 2 diabetes, metformin is also used to treat polycystic ovarian syndrome. These drugs for diabetes treatment are generally safe, but some patients may experience noticeable side effects.

Other Things To Remember

It is absolutely vital t*o remember that your diabetes medications are not a complete solution to diabetes. Instead, it is pertinent to combine the right medications with a healthier lifestyle to completely stop the problem in its tracks. For instance, you will want to begin eating healthier and exercising more frequently. The drugs will help to keep the blood sugar levels at a safe level, while allowing you to avoid the symptoms of diabetes. By combining the medication with a healthy lifestyle, you may actually reach the point that you no longer need to take medications to control your diabetes.

No matter what you have done to remedy the problem, it is absolutely vital to keep a close eye on your blood glucose levels. If the levels drop too high or too low, you may experience negative side effects and it may even cause a fatality. With this in mind, you should try to check your glucose levels several times each day.