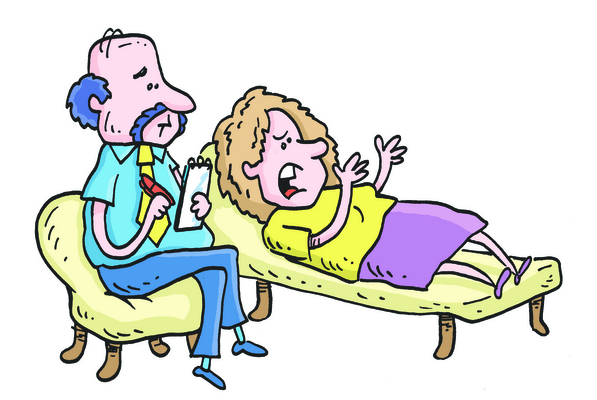 You may be unhappy of your life, for a variety of reasons. So you may be thinking about going to see a psychiatrist. Here is some information about who a psychiatrist is, what a psychiatrist does, and what he or she can help you with:

What is a psychiatrist?

The Michigan Psychiatric Society defines a psychiatrist as "a physician (a medical doctor–either an MD or a DO) who specializes in the prevention, diagnosis, and treatment of mental, addictive, and emotional disorders." Psychiatrists are not the only professionals who can handle mental issues - psychologists, psychiatric social workers, and counselors also deal with such problems — but a psychiatrist is the only one of these professionals that is a physician.

Because psychiatrists are medical doctors, they can potentially diagnose physical causes for these mental and emotional issues, as well as prescribe medications like Prozac or Wellbutrin.

Psychiatrists must have medical school degrees as well as bachelor's degrees. They then have to undergo four years of training as a resident, just like other physicians do.

What a psychiatrist does

Perhaps the psychiatrist can deal with working with patients with addiction issues, like eating disorders, alcoholism, and drug addiction. Or he or she might deal with those who have sleep disorders. Some psychiatrists specialize in treating severe mental disorders, such as schizophrenia. Or some psychiatrists may treat a variety of patients. Some may work on staff in a hospital or psychiatric center, while others might be in private practice. It really depends on the psychiatrist's preference, skills, and knowledge.

What a psychiatrist can do for you

This really depends upon your individual situation. If you are suffering from depression, addiction, or other undiagnosed issues, the psychiatrist starts with an evaluation, asking you about your symptoms. Then the psychiatrist can talk with you about a course of action which can include therapy or treatment. You may also be prescribed antidepressants or other psychiatric drugs. Because the psychiatrist is also a physician, he or she can check with you about any medical conditions you may have which could negatively affect the medication. In addition, you could be depressed due to a physical reason, like your thyroid acting up. The psychiatrist could potentially diagnose that and give you advice on how to treat it.

Generally speaking, there are many types of treatments available on psychiatric issues, and it really depends upon what the psychiatrist diagnoses, as well as his or her philosophy. So it is important that you find a psychiatrist that you feel comfortable with, as well as one that is experience in treating your issues.

To find a psychiatrist in New York City or elsewhere, click here.

lmswan is author at LeraBlog. The author's views are entirely their own and may not reflect the views and opinions of LeraBlog staff.