The dental problems have become common these days irrespective of the age group, one such treatment include root canal treatment. A root canal therapy deals with repairing and thus saving the infected or badly damaged tooth. This treatment option deals in removing the damaged area inside the tooth or the pulp and thus cleaning and thus disinfecting it along with sealing and filling it. One of key reasons affecting the pulp are the cracked tooth or deep cavity, which can be settled down with the help of tooth trauma. The term root canal simply explains about cleaning the canals found inside the root of the tooth. If you feel that you simply need a root canal, better consult a competent dentist who follows a number of steps in a couple of visits. 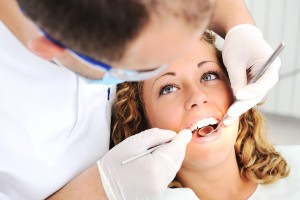 Signs & Symptoms for the need of root canal procedures

There are several signs that can indicate the presence of diseased tooth or the infected nerves and hence can be required for a procedure called root canal. Well, let's check these signs, which are as under:

Your dentist can typically recommend you the procedure of root canal in the above said situations in order to save your affected tooth and thus preserve its functionality as well.

Tips when having Pain After Root Canal Treatment

Once you have your root canal treatment, keep in mind the following tips to have a soothing effect after the procedure: