As the US economy grows, concerned citizens are also asking if health care in the country is rising as well. With the growing trend of health issues in the nation and worldwide, one is left to wonder if the health care system can handle it all. Still, the US is known to be a country with much technology and resources that can help defeat certain diseases that might arise. However, with such resources at the country's disposal, many are still wondering if the health care industry is on the right path of growth. 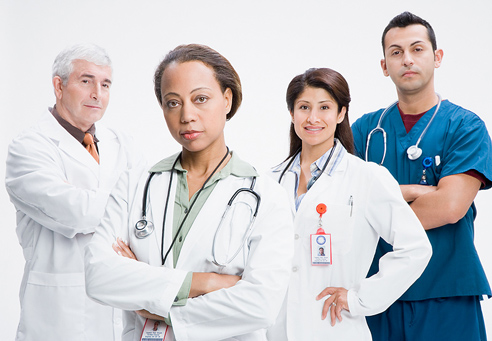 President Obama in the past has introduced the affordable Health Care Act that allows poorer class citizens to get access to health care. At the State of the Union Address, which was held on Tuesday night, the president stressed the importance of keeping the Affordable Care Act alive. Therefore, as far as everyone is concerned, the Act is here to stay.

In the past and even today, politics is often playing a role in how the health care system operates in the US. However, today government is allowing companies operating in the health care industry to come up with reasonable solutions as to how to make the system work so that everyone can benefit.

At present, the health care industry in the US is worth about $2.9 trillion. This amount makes the industry a strong competitor and therefore considered as one of the leading industries in the country today. To make the niche even more powerful, health care inflation rate has reached its lowest in 50 years. In addition, the over 10 million newly insured persons, especially those young adults just completing their education and starting their new job are boosting the economy with fresh revenue. In fact, some graduates will be entering the health care system in the chiropractic sector or in other medical professions.

As consumers try to find the right health care to meet their needs, quality and price is playing an important role. The role that consumers are playing in the industry is making health care become more customer orientated.

Employers are a driving force in helping to keep health care insurance low. They help to keep insurance low by seeking out insurance companies that offer reasonable coverage to their customers. After locating such an insurance company, the employer will pass on the benefit to his or her employee.

Since competition in the industry is high, insurers are focusing on reaching the population by introducing new health policies that are beneficial to the insured. This has led many pharmaceuticals and medical companies to devise new investment strategies that can better attract the public.

In the past, health care and health insurance in the US were moving at a slower pace mainly because of the recession period. The recession caused about 37% to 70% of health care treatments to lower over the years. However, since the US economy is picking up speed, health care is also getting better.

A major health insurance provider that seems to be beneficial to some registered subscribers seeking a reasonable insurer is UnitedHealth Group. Since 2014, the company reports a surge in revenue growth and earnings during its fourth quarter. Fourth quarter earnings was said to be $1.51 billion or $1.55 for each diluted share. This amount is an increase over last year's figure of $1.43 billion or $1.41 for each diluted share. Still, at that time some analysts had their eyes set on seeing earnings in the $1.50 range.

About a year ago, $4 billion in stock was repurchased by the company at a price average of $82.60 per share. UnitedHealth Group dividend payout to shareholders on record was $1.4 billion, which is a 29% increase of what was paid out in 2013.

In 2014 also, customers using the Medicaid and Medicare programs caused UnitedHealth Group to expand its customer base. Since new clients were signing up with both health-providing companies, UnitedHealth Group insurer saw a reasonable large increase in their profit margin.

Today, many persons are concerned about their health and registering with an affordable health insurance company is a wise decision to make. As the US economy progresses and gets better, health insurance too will take on a new frontier to meet the future. In addition, as more persons try to cope with health related issues in the US, UnitedHealth Group will be pushed into growth mode more.