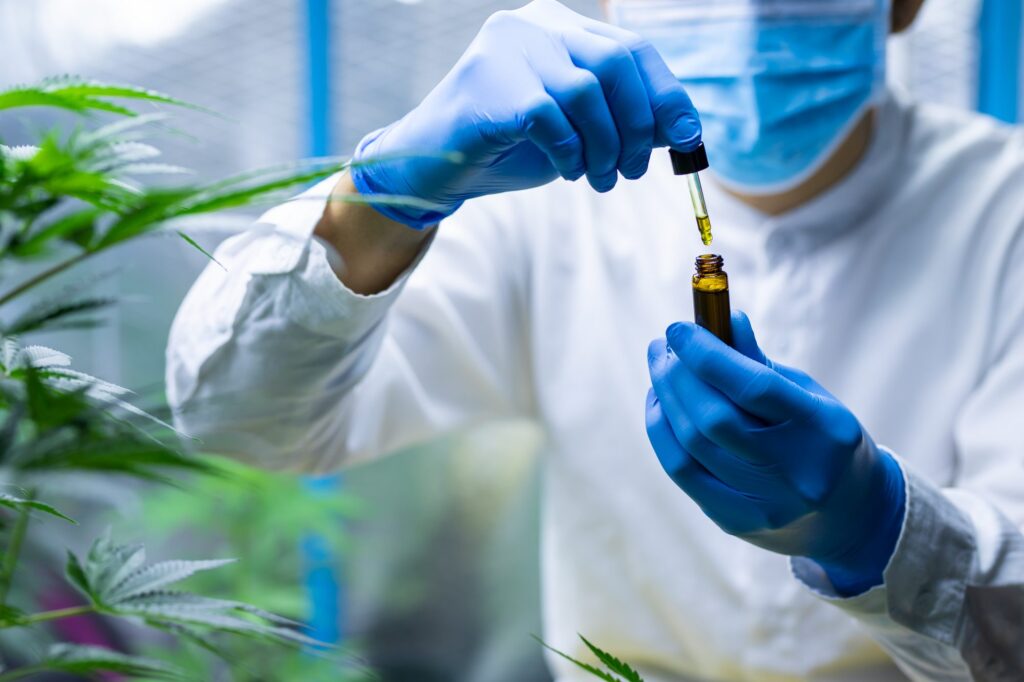 Delta-8 THC is one of the hottest and most popular new products in the legal Cannabis market. It is a compound that is naturally found in all forms of Hemp and which is very similar to the psychoactive ingredient found in Marijuana (Delta-9 THC). Because of its similarity to an illegal substance, some people are worried that the use of Delta-8 THC could cause them to fail a drug test. We certainly don’t want you to lose your job or get in trouble with the law, so let’s see if we can give you a definitive answer.

Does Delta-8 Even Show Up On A Drug Test?

Before we go any further, let’s determine whether or not this risk even exists. According to most sources that we can find, it seems that Delta-8 THC can indeed make you fail a drug test. Although it is not the same thing as Delta-9, most tests will have a hard time telling one from the other.

This happens because of the way in which most drug tests work. A lot of people think that they test for the presence of those drugs in your system, but this is not entirely so. In actuality, those drugs are broken down by your body in the same way that food or drink would be. However, your metabolic processes produce certain by-products. The by-products of THC processing are the markers for which a drug test searches.

This creates a problem for Delta-8 users because of the fact that Delta-8 and Delta-9 result in some of the same metabolic by-products (often called metabolites) forming in the body. So, although not all drug tests will detect this kind of thing, the danger is indeed legitimate.

What Can You Do?

If your employer is especially strict about drug testing, you might need to forego the use of Delta-8. Obviously, those who are legally required to undergo regular drug testing (people on probation, for example) should also avoid these products. However, it might be possible to work with your employer on this matter.

If you are about to take a drug test, and you have been using Delta-8 within the last 30 days, you should let them know immediately. Show them the product or products that you have been using so that they know you aren’t just making up a story out of the blue. Regardless of anything, honesty will be your best policy here. They will probably detect THC metabolites in your system anyway, so you might as well inform them correctly.

There are also some tips that can help you to pass those THC metabolites out of your system more quickly. A figure of 30 days is generally given for the amount of time that Cannabis stays in your system, but this is a maximum figure. Certain things can bring it down dramatically. Frequent and thorough hydration is one of the most effective methods, and regular exercise helps as well. Both of these things will cause your body to process and pass the THC metabolites more quickly.

There are also products on the market (mostly intended for Marijuana users) that can help to flush THC metabolites out of your system. You do need to be careful with these, however, because some drug tests can detect them. If it seems that your sample has been contaminated with something like this, it will not look good for you. Marijuana users have also often been known to use urine samples from other people to pass tests, but this method is also not recommended. As we said, it’s far better to be honest from the start. You aren’t breaking the law by using Delta-8 products, so don’t be tempted to act as if you are.

Does It Matter Which Form Of Delta-8 I Use?

Like many other Cannabis products, Delta-8 is available in many forms. Flower, vape cartridges, gummies, and all sorts of edibles can be found. So, some of you might be wondering which of these is less likely to trigger a positive result on a drug test. The specifics of your Delta-8 product do indeed matter here, but not in the way you might think.

All forms of Delta-8 will be broken down by the body and turned into THC metabolites, regardless of their source. Thus, the specific form of the product doesn’t really matter. However, the concentration of Delta-8 THC in these products will most certainly matter. Trace amounts of THC metabolites can often go undetected, so the total amount of Delta-8 that you put into your body will definitely matter here.

Unfortunately, Delta-8 THC can be detected on many drug tests. Worse yet, many people will have a hard time differentiating it from its illegal cousin. For this reason, we would advise people to exercise caution when using these products. Thankfully, Cannabis is on the way to being decriminalized nationwide. When that happens, you can bet that these worries will become a thing of the past.