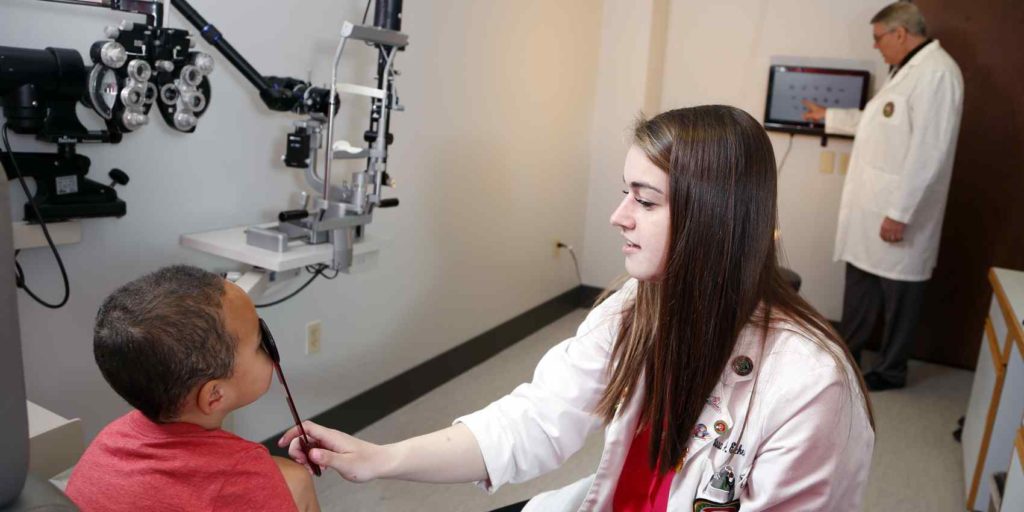 Being an optometrist or any other healthcare professional starts at being good with people. That’s the first real question that you need to introspect and answer honestly. If you are an introvert or you don’t like being around too many people, then any and every healthcare profession is going to be a challenge for you.

If you truly are a people person and enjoy helping people in need then it’s time to evaluate the steps you need to take to become an optometrist. That next step is knowing the intricacies of being an optometrist. A lot of time a profession seems amazing when viewed from the outside because you are shielded from the struggles and the many realities of the job role. That’s why kids often want to become ice cream truck drivers and they lose interest when they are old enough to understand the challenges of the profession.

Therefore, before you go for an interview at an optometry school, it’s important to find out how an optometrist spends a working day. Many optometrists are attached with high school programs that allow students to spend time with them at work and learn about the profession. This presents a perfect opportunity to learn what a typical day would look if you make it as an independent doctor of optometry. Based on your age and qualification, you can even join as an intern or simply request local optometrists to allow you to spend a day with them.

What do Optometrists Do?

They should also not be confused with opticians, who are responsible for deciphering the prescription written by an optometrist and dispensing the glasses to patients.

Benefits of Becoming an Independent Doctor of Optometry

Apart from the love for the profession and helping people in need, there are a few perks of being independent doctors of optometry. The following are a few of them listed below.

Demand for Optometrists is Predicted to Increase: According to the Bureau of Labor Statistics, jobs in optometry is going to increase at a rate of 18% till 2026, which is much faster than the average growth percentage of all jobs, which is 7%.

Fewer Hours Than Most Doctors: Unlike ophthalmologists, optometrists are never required to treat emergency cases. They usually work as an independent optometrist attached with chains like Costco and local clinics. At an average, an optometrist works less than 40 hours a week.

The educational qualification to become an optometrist is very specific.

You need to Major in a pre-med subject (Physics, Chemistry, Biology, Math, or English) and pass three years of college from a recognized University.

After graduating from college, apply and pass the OAT (Optometry Admission Test).  The test can be given any time of the year by registering at a Prometric test center near you.  This is a multiple-choice test that tests applicants on their knowledge in natural sciences, reading skills, reasoning skills, and physics.

After getting your score, you need to apply and get selected in one of the 23 educational institutions in the United States that offer Doctor of Optometry degree. Based on where you live, you may need to move to a different state to complete your degree.  Earning an OD takes four years.

Once you get your Doctor of Optometry degree, you can get your state license by passing an exam conducted by the NBEO (National Board of Examiners in Optometry). Depending on the state where you intend to practice, you may need to pass additional exams.

Before starting your own practice, you may also decide to complete a year of residency to earn a specialization after earning your Doctor of Optometry degree.