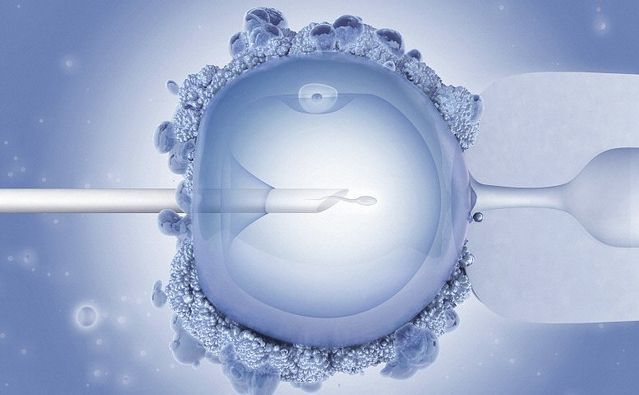 As the American novelist Anne Lamott has put it, "There really are places in the heart you don't even know exist until you love a child." Do you feel similarly? If so, you are certainly not alone. Judging by the global fertility market boom (and unprecedented rate of expansion) in recent years, the entire world's desire for children is becoming increasingly obvious!

Unsurprisingly, the majority of fertility market activity involves complications with infertility, including the difficulties associated with mature women trying to conceive, such as the aging of eggs. Advancements in assisted reproduction technology (ART), however, help overcome these and many more obstacles that many couples face while attempting to build their families.

Globally, fertility treatment is now a $30-40 billion-dollar industry - and while the U.S. market accounts for 10% of all activity, regions such as Europe and Australia show a deep interest in fertility programs as well.

While this billion-dollar industry is generally not touted for its affordability, advances in the egg freezing process presently make in-vitro fertilization cost as little as 50% of IVF cycles using fresh eggs. This is a welcome wallet-saver for those with limited financial means.

Egg Freezing: The Story So Far

Did you know that freezing your eggs has been available since the 1970's? However, when the program began, only infertile women, or those with a very high potential (such as cancer patients) were allowed to take part in it. Since then, if a woman chooses to freeze her eggs before cancer treatment, she increases her chances of having a healthy pregnancy and child afterwards.

Further medical concerns that may influence a woman's decision to freeze her eggs include needing to have her ovaries removed, likelihood of a premature menopause, orany other early ovarian failure.

As mentioned earlier, infertility issues account for most of the fertility market - but there are now many healthy women choosing to freeze their eggs for a plethora of social and personal reasons, including the donation of their healthy eggs to others, rather than medical issues.

When the American Society for Reproductive Medicine finally removed the "experimental" label from the egg freezing process in2012, millions of hopeful parents were given the opportunity they had always dreamed of, as frozen eggs make donor egg IVF far more affordable. Equally exciting, ASRM's findings concluded that using frozen and thawed eggs is nearly as effective as using fresh eggs in IVF - and at almost half the cost.

Vitrification is the most advanced medical technique known today for freezing eggs. Earlier methods utilized a technique for preservation whereby the eggs were frozen more slowly. In contrast, vitrification depends on liquid nitrogen to "flash-freeze" the eggs instead. This process lessens the formation of ice crystals inside the eggs, which would, unfortunately interfere with their viability.

Should You Have Your Eggs Frozen?

Do you feel rushed into motherhood by your biological clock? Are you still focused on reaching the top of your career, or don't have the time to date because of said career? Deciding to freeze your eggs may alleviate your fears associated with the decreasing quality of your eggs.

If you decide to freeze your eggs when you are younger and more fertile (20's to early 30's), you are preserving your viable eggs for a healthy pregnancy and child in the future. Risk of miscarriage or birth defects is minimized by freezing your eggs earlier in life, but don't despair if you didn't have the foresight; while fewer in number, older women (40+) have successfully frozen eggs too!

A few common reasons why women wish to freeze their eggs include:

Additionally, a lot of women choose to freeze their eggs through egg donation programs to help others who are unable to produce their own viable eggs. Egg donor banks now provide an invaluable service and opportunity for those who are struggling with infertility.

Women who are unable to produce viable eggs of their own, such as those older than 35, can now choose IVF using frozen donor eggs to increase their chance of conceiving. Donors are meticulously vetted to meet high standards, which ensure prospective parents of getting the best quality eggs and ideal donor match.

U.S. physicians and fertility centers affiliate with egg donor registries to provide superior, quality frozen eggs to those in need. Once received, donor eggs are thawed, fertilized and implanted as viable embryos into a recipient uterus. Current techniques and advancement in the field of fertility now make it possible for frozen donor egg IVF to have close to the same rate successful outcomes as fresh donor egg IVF. Some key advantages of frozen donor egg IVF include:

Egg Freezing and You

Today, aging and cultural shifts are driving the demand for fertility services, which practically guarantees continual future growth within the industry. Almost all assisted reproductive technology involves IVF, and success rates for the process have only increased with vitrification. Women across the U.S. and world are now able to experience the joy of having children due to this life-changing process.

Women of all backgrounds can now confidently choose to freeze their eggs thanks to vitrification, which may influence women's lives very similarly to how the pill gave them "freedom to choose." By gaining even more control over your reproductive potential with egg freezing, you can rest assured that you are making the best possible choice concerning when you should have children, not have children, or even add more little ones to your family.