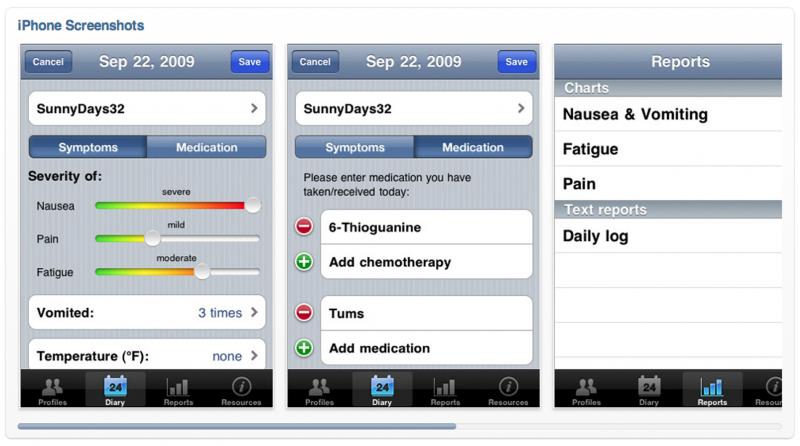 In many ways, the medical field is a shining example of just how helpful technology can really be. Every day it seems like there are more technological advances being made in terms of patient diagnosis, treatment and care. It is surprising, then, given how quickly medical and health professionals jump on new upgrades and innovations, how reticent the industry has been to warm to apps.

It isn't totally a mystery: HIPPA and its rules surrounding patient privacy are understandably strict and finding apps that can work within those strict regulations is difficult. It's why so many doctor's offices and hospitals took so long to make things like patient records and histories available online–even to the patients themselves! Many have just barely started using apps to make these records even more easily accessible.

At the same time, though, most medical administrators admit that apps can really make life easier both for doctors and for patients. According to Solution Reach, apps can help with ‘no-shows,’ which usually occur simply because patients forget their appointments. This can be the result of medical facilities being too understaffed to issue reminder calls.

It brings up an interesting point: while everybody agrees that HIPPA and the protection of patient privacy are very important, it is also true that most medical offices and hospitals are severely understaffed, particularly on the administrative side of things. Most doctors' offices cannot afford to dedicate the labor hours to calling every patient individually and privately to remind that patient of an appointment. Many offices have attempted to get around this by having a "robo call" setup where a robot calls the patient to remind them that they have an appointment. The patient then either confirms or cancels the appointment via an automated system. Unfortunately proper syncing between the caller and the doctor's appointment calendar is rare and many appointments get accidentally cancelled or "missed."

These failures make life difficult for doctors who have two patients show up for the same appointment time (or suddenly find them with an unexpected empty block of time), sure, but it can be a disaster for patients who get billed for missing an appointment even though they attempted to cancel via the doctor's preferred system.

This doesn't mean that all medical apps are fantastic, though! For example–there are many apps out there claiming to be medically sound that offer to do things like read a person's resting heart rate, blood pressure, or even their blood oxygen levels. An article published in Wired last summer, appropriately titled “These Medical Apps Have Doctors and the FDA Worried," details the different apps that claiming to be as or more reliable than tests done in a doctor's office. These apps aren't (yet) regulated by the FDA and many people are using them in place of seeing a doctor to get proper readings and tests done.

At the same time, administrative and communicative apps have proven to be quite useful. For example, a patient whose insurance has switched her to a new primary care provider can instantly request her medical records be transferred to the new office. She can also simply call them up on her smartphone and let her doctor read them right there in the office. Anybody who has forgotten to bring a prescription bottle with them knows how handy this is!

So really the question is this: why wouldn't doctors use apps that allow for a smoother scheduling and record keeping system? A patient whose smart phone pings them a couple of hours before an appointment is less likely to miss the appointment or be late. A doctor who can instantly access a patient's records (with the required permissions granted of course) can better and more accurately treat new patients. It's great for everyone involved!