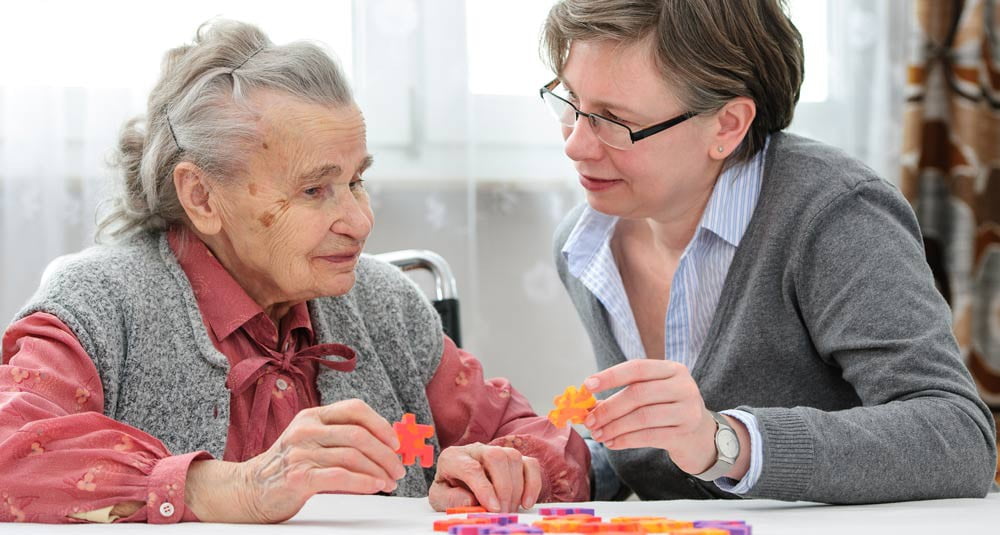 There is no taking away from the fact that dementia care is demanding, exhausting, and can be emotionally and physically draining for the caregiver. Apart from being unaware of their surroundings and forgetfulness, patients suffering from dementia may experience hallucinations, bouts of anger or panic attacks, and they can even behave inappropriately. Many dementia patients also refuse to take their medications that are potentially lifesaving, which adds to the challenge.

The first step of any dementia care should start with education. Caregivers need to educate themselves about this terminal disease and set their expectations straight. It’s also important to remain positive and maintain a calm and reassuring attitude, especially when interacting with the patient. The following are 6 mistakes that should be avoided when caring for a dementia patient.

Not Identifying and Eliminating Objects That Trigger Hallucinations

It’s not uncommon for dementia patients to wake up their caregivers at night or go on a panic attack following an episode of hallucination. Elderly patients often think that there is a strange and scary person in their room or they see someone peeking through the windows.

Instead of getting upset or trying to explain that everything is fine, it’s important to identify the objects in the room that are causing the hallucinations. It may be an open window, a mirror, or a coat rack. Simply close the curtains, remove the coat rack, and cover the mirror with a sheet. Eliminating the trigger is way more important than trying to convince the patient that they are hallucinating.

Providing proper dementia care can be impossible to manage for people with jobs. It’s important to hire a caregiver who is qualified to provide dementia care as soon as possible. This gives people caring for their elderly parents a much-needed break from the chores, which is necessary to stay positive and maintain a friendly and peaceful atmosphere at home.

Arguing or Getting Angry at the Dementia Patient After an Episode

From time to time dementia patients may have episodes of confusion, panic attack, anger, and severe depression. It’s important to stay calm during an episode and refrain from arguing with the patient. Forcing or arguing patients to see reality can cause further pain and suffering. Getting frustrated or angry also negatively impacts the mood of the caregiver causing them to burn out and quit.

Not Speaking Calmly or Slowly

People suffering from dementia often find it difficult to understand complicated sentences or when someone speaks too fast. It’s critical to use simple words and speak slowly. You can even use hand gestures along with the verbal communication to leave no room for confusion and miscommunication.

A person without dementia is perfectly capable of understanding something like, “Would rather wear the blue or the red shirt when going out for a walk today?” However, when communicating with people with dementia it’s better to rephrase the same sentence to something simpler like, “Do you want to wear the green or the red dress?” Skipping the part about the walk helped make the sentence simpler to understand. You can also show the person the two dress options and use them as a visual aid when communicating.

Dementia patients often face trouble remembering things that they did or experienced a few days ago. However, their long-term memory often remains intact. For example, they might forget if they had their medicine a few hours ago, but they often have no trouble recalling stories from their childhood. This is why it’s important for caregivers to start conversations with the patients that trigger their long-term memory. These conversations stimulate the patient’s brain and keeps depression and anxiety at bay.

As mentioned in the intro of this post, refusal to take their medication is a pretty common problem amongst dementia patients. A lot of the times these medicines are lifesaving drugs such as heart medications and diabetes pills.

It’s important to have an action plan to tackle situations of refusal. If the patient knows and respects the doctor, get a note written by the doctor. Show the patient the note every time he or she refuses. You can also crush the pill and add it to the food. Keep in mind that not all medications can be given with food. In that case, find out palatable liquid variants of the same drug, if it’s a case of trouble swallowing a tasteless pill.