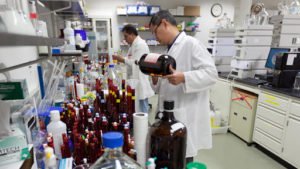 Recent research claims that large pharmaceutical companies rewrite scientific articles to exaggerate the virtues of a drug and mask its adverse side effects. Doctors write prescriptions based on this false information, informs the Italian magazine L’Espresso in a recent edition, in an article signed by Silvio Garattini, Director of the Mario Negri Pharmacological Research Institute in Milan.

The process of popularizing controlled clinical trials on new drugs is as follows: the study is presented in scientific articles, which are used as the basis for more popular articles. Doctors, who rarely read original scientific articles, are influenced by the information processed in prescribing the respective drugs, says Silvio Garattini.

Pharmaceutical companies take the opportunity to write articles as favorable to the new drug, being reviewed or even rewritten entirely by experts who remain anonymous, so-called ghost writers. They do not alter the results of clinical trials, but present them in more attractive packaging, highlighting the positive results and minimizing the presence of adverse effects. The summary of the study, which is usually of no particular interest to evaluators, attracts the attention of the reader, who is most often attracted to this information.

The strategy is obviously unethical, says Garattini, and concerns not only interested industries but also clinical researchers who agree to sign scientific papers written by others.

Another study published in Plos Medicine looks at documents made available by the US Federal Justice regarding menopausal hormone therapy articles written by a company specializing in the development of paid scientific articles. Ghost writers have tried to minimize the increased risk of developing breast tumors due to hormone therapy, enhancing cardiovascular benefits and preventing senile dementia, Parkinson’s disease, and even wrinkles, without a scientific basis.

All of this, says Silvio Garattini, damages therapies, and rather serving to inflate prescriptions and profits. Doctors must be critical in analyzing the documentation they receive, verifying, as far as possible, the data from the original works. Also, the patients must be careful about what they choose because a simple “buy here” link does not guarantee that the product they use is actually good for their condition.

The national health service also plays an important role in the dissemination of objective information, in order to reduce the obvious differences between the messages of the pharmaceutical industry and the independent information.

Arguments against the conclusions of the research