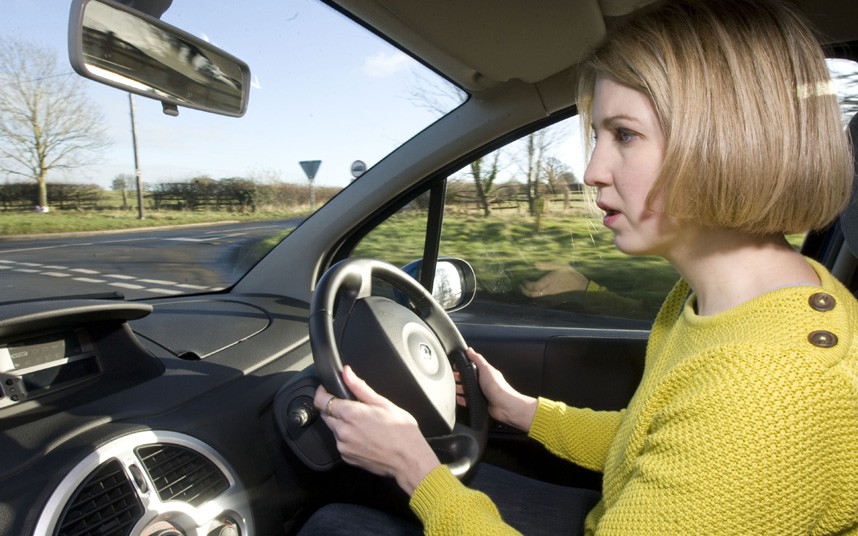 Negative experiences usually leave a lasting, if not permanent mark in one's mind and memory, and driving makes no exception. Negative experiences behind the wheel can have a profound effect on people, and cause them to develop what is known as driving phobia. Fear of driving is an emotional and physical hurdle which must be overcome. Driving phobia is becoming a problem as everyday life is increasingly dependent on one's ability to drive a motor vehicle and not being able to do so effectively can affect a person's quality of life and social statute.

Driving As a Challenge

Driving phobias develop after certain negative events on the road have taken place, in most cases this relates to accidents in which the person has been involved. Even a minor road accident, is a very stressful event which most, if not all people find quite scary and dread it ever happening again. The situation on the road is not helping people overcome their fear of driving either.

Underage drivers, drivers under the influence of drugs and alcohol, as well as inexperienced drivers with massively powerful cars wreak havoc on roads and highways. Reckless driving, careless individuals behind the wheel and overly congested traffic conditions translate to an increased number of traffic accidents. Therefore the number of people who have been part of, or have witnessed the carnage after a heavy road accident is also on the increase, and so is driving phobia.

Driving Phobia on the Rise

The permanent psychological impression left with a person after a car crash, can easily become permanent psychological damage i.e. phobia of driving in this case. Dealing with the problem timely is essential for overcoming it, as with time the phobia will become even deeper rooted in a person's mind. Research has indicated that there are three major causes of driving phobia.

People suffering from driving phobia, depending on its severity of course, can experience different symptoms, from avoiding driving in general to panic attacks when crossing the road, or riding in a car while someone else is driving. Professionals dealing with this rising issue have classified driving phobia as a type of anxiety or panic disorder, usually brought by post-traumatic stress disorder (PTSD).

The most suitable and least aggressive treatment for women suffering from driving phobia will depend on the scale or severity of the psychological problem they are experiencing. Different methods will work differently on women, therefore a combination of more than one treatment might be in order.

The most effective and widely used treatment of driving phobia is:

All these treatment methods are based on facing and exposing oneself to their fear, in this case the fear of driving. Ignoring a fear can only get you so far, and failing to deal with the issue will only make matters worse later on. Emotional support on behalf of family and friends is quintessential for women who are undergoing phobias therapy. Positive thinking and optimism are also vital for overcoming such fears, though developing such mental habits will take time and lots of practice.

Enjoy Being On the Road, While Being A Conscientious Driver

In most cases, enjoying the drive, and getting from A to B safely is a matter of common sense.

Written and published by David Drasnin on behalf of Mr. David Resnick - an experienced car accident lawyer in New York . If you need a consultation after a traumatic car accident, contact David Resnick & Associates, P.C. today.

David Drasnin is author at LeraBlog. The author's views are entirely their own and may not reflect the views and opinions of LeraBlog staff.