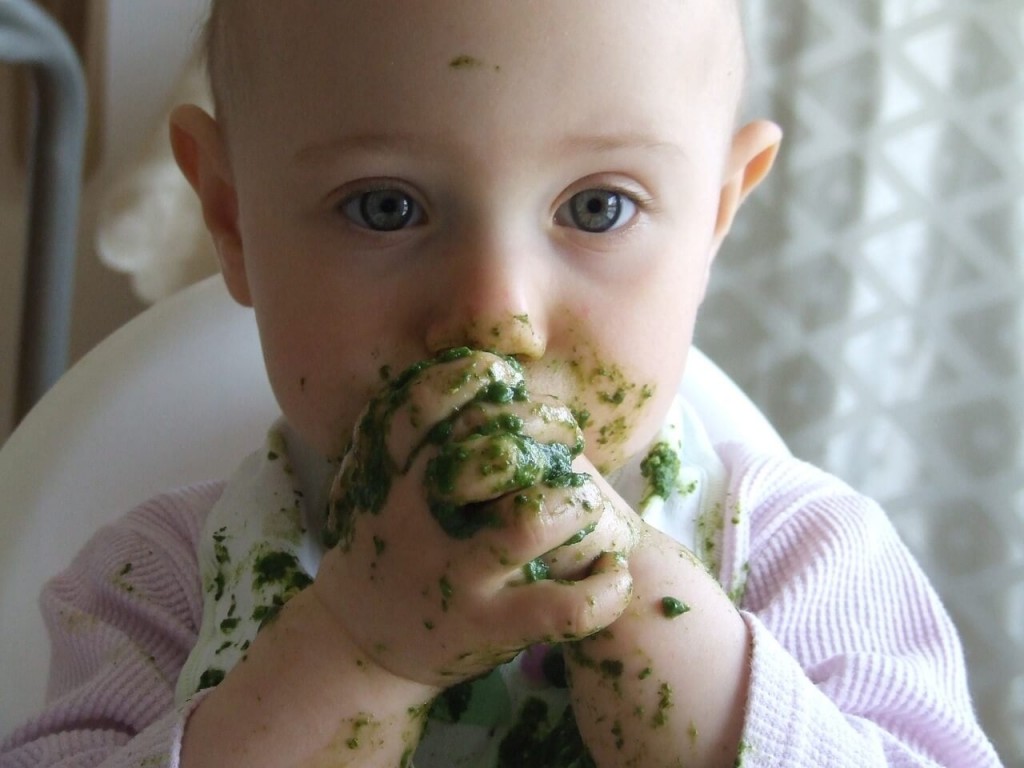 When it comes to veganism, people are still somewhat skeptical of our choices, and they think it’s just a fad. There may the occasional odd look, or muttered “hippie,” but luckily it seems people have slowly come around to the idea that some adults are committed to their beliefs.

Until it comes to children. When omnivores hear about children being raised on vegetarian, or worse, vegan diets, they become furious. Never mind that they can see healthy, glowing kid running around, just as bright and energetic as their own. Even though they often times they quote statistics, numbers and studies, evidence that a vegan diet is perfectly healthy for your kid doesn’t seem to matter all that much.

So obviously, the first question that pops into my head is: why? Why are people so against vegan diets, but not, say, taking your kids out to a fast-food restaurant? There are plenty of scientific studies that show fast-food is one of the leading causes of childhood obesity. And while some might shake their heads a little, all in all nobody’s really making such a big fuss about it.

Since I’m not one of those people, I’m afraid to hazard a guess. I don’t want to overgeneralize, or impose my own opinion on others. I guess it has a lot to do with habit. Most just aren’t used to vegetarian or vegan diets. Meat is considered one of the core elements of a meal. There are entire social events that center around a specific dish that involves meat, like the Thanksgiving turkey, or hot dogs on the Fourth of July, or burgers and steak when you have weekend BBQ with your friends and neighbors.

I also assume most people don’t actually read the science they quote. I guess a lot of us are guilty of that, I’m not going to deny it. But if you’re going to butt into somebody else’s family life, at least do your homework first!

And, to be fair, people always have a tendency to give advice when it comes to children, even if you don’t ask for it. I have plenty of mommy friends that are omnivores, and honestly, I can relate to a lot of the stories they tell me. It’s especially frustrating when it comes from people who don’t have children of their own but seem to know oh so much about raising children. It’s doubly frustrating when you’re a vegan, and you hear someone who has never tried going on a vegan diet in their life telling you what an awful mom you are.

I never really understood why people feel the need to teach moms how to raise their children, but receiving unsolicited advice seems to be a universal issue. I like to think it comes from a good place, no matter how frustrating it may be. I really do think that somewhere, deep down, all of these people really do care, and they’re just trying to see themselves in my position. Though that’s no guarantee I’m not going to slap somebody one day…

And the last reason why I think some people are so much against kids growing up on a vegan diet is the one I’ve had a really hard time coming to terms with. And I’m sure a lot of you are going to disagree. And that’s fine. Exchanging opinions is what makes the world go round.

But sometimes, I really do think the vegan community is not doing itself any favors. There are a lot of vegan celebrities out there who are much too vocal about all of this, and they sometimes make a big fuss over nothing. There are a lot of bad habits, and entrenched ideas we have to fight with, so we really have to be the bigger people in this situation.

And here are the reasons why I think everyone should just stop with the nonsense. I’m not going to be quoting studies that show why vegan diets are good for your children, or why dairy products can actually be harmful. Because I don’t really think this whole debate is about that. I think it’s just about a force of habit, and lack of openness. On both sides.

Veganism is not just a dietary thing. It’s really a way of life and a way of thinking. It’s the kind of thinking that tells you that you shouldn’t run to the doctor every time you get a leg cramp, because there are way more simple, and common-sense leg cramp remedies you can try at home. It also tells you that many of the things we were raised to believe are true or false, right or wrong, aren’t actually all that black and white as they seem to be.

Yes, veganism is a choice. My reasons for deciding I should adopt this lifestyle, and my kids should do so too are my own. As long as I’m not a neglectful parent, I don’t see why my choices should matter less than anybody else’s.

Because after all, this is what we all want. That our choices be respected, as long as they don’t harm anyone, and that everyone should make an effort to try to empathize with one another, and see things from their perspective.

KathyHardess is author at LeraBlog. The author's views are entirely their own and may not reflect the views and opinions of LeraBlog staff.