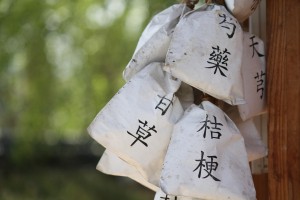 aditional Medicine in Singapore is popular with the older generations of Chinese, but even in this modern age when modern day allopathic medicines do not seem to be effective, younger, energetic people are turning to TCM to cure ailments or to maintain their body to prevent illness. TCM is not native to Singapore but originated in ancient China and has evolved over 1000 of years. Most TCM practitioners (a completely different branch from modern medicine) use Herbal medicines and Natural nutrients from plants and oils to either cure ailments or to maintain the Yin and Yang in the body to maintain one’s health. Acupuncture is a well recognized aspect in TCM (which involves needles), but there are other practices which include Chinese herbal medicine, tui na(Chinese therapeutic massage), dietary therapy, Tai chi and Qi gong. In this

In this article we will mainly touch on what are the herbal ingredients and natural nutrition TCM recommends to a healthier, vibrant lifestyle. Many of these herbal products and natural nutrients can be found at various TCM medical shops found all over Singapore.

Various traditional herbs and oils and extracts of plant and animal origin form the major ingredients of TCM in either fighting some of the major illness which people suffer or they serve to strengthen the body. The Chinese do seem to be remarkably quite healthy and youthful looking as compared to others and the Herbal medicine of TCM plays a major part in it.

Some of the important Herbs which are part of the herbal medicine of TCM are:

The essence of TCM is to maintain the balance of Yin and Yang in the body, which acts as natural nutrition for the human body.
Food is classified into 5 different energies, which is basically the effect the food has on our bodies.
They are:

TCM says depending on ailment you have, if you have a food to balance the energy of the ailment it could act as a natural nutrient. Eg if a person is suffering from cold rheumatism during winter than eating warm or hot energy foods may help to relieve the pain. Other than the Natures defined above, TCM states that there are 5 flavors to food and combined with the Energies, the way the food is channeled or moved in the human body (Meridian) this path or life energy (“Qi”) will help to transform the human body. The 5 flavors of food are acrid/pungent, sweet, bitter, sour and salty.  Other than the above there are also Specific functions in TCM, which can be applied to specific ailments to cure. Visiting the websites of the more popular Singapore TCM shops such as Eu Yang Sang, Haw Par or Thye San may serve as another useful place to gain knowledge of Traditional Chinese Medicine in Singapore.

Tadmadsen is author at LeraBlog. The author's views are entirely their own and may not reflect the views and opinions of LeraBlog staff.