According to The National Diabetes Statistics Report in 2017, there are 30.3 million people in the US having diabetes, in which 23.1 million ones are diagnosed, and 7.2 million people are undiagnosed. Diabetes could be seen as a disease of high blood glucose levels due to the inability to produce or control insulin, a substance that is responsible for employing the sugar from the intake. 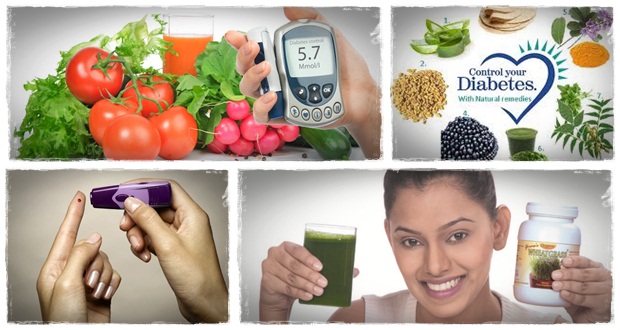 According to some scientific research, diabetes comes into two large categories, including type I diabetes (autoimmune b-cell was destroyed) and type II diabetes (the progressive loss of b-cell secretion). Both are heterogeneous, which means the symptoms and the disease progression might change quickly. Usually, the patients need medications to keep the proportion of sugar in blood in normality.

Traditionally, two kinds of diabetes require different therapies and medicine. Therefore, it is vitally important to determine which kind of diabetes you suffer from so that you are cured with right therapies. Below are a handful of medications that are widely used among patients:

Drugs seem to be the most effective treatment for diabetes. They often have a wide-ranging effect, and they are suitable for most people. However, people with diabetes not only use drugs to supplement insulin to the body but they find others more natural therapies. This is because long-term supplements of insulin might result in other health problems.

Alternative therapies for diabetes have long been proved friendly to the health, and they are widely practiced by the increasing number of people at present. In fact, there is a figure saying that roughly one-third of American patients are undergoing natural treatments. They include diet, herbs, exercise, acupuncture, acupressure, and yoga. Here are some typical cures that people with diabetes ought to take beside medications.

Many people might think that daily diet can hardly be a therapy to treat a disease. However, it turns out to work effectively with diabetes. What to eat is the important thing that patients should keep in mind to control the sugar level in the blood.

One advice is to cook the food in the way which keeps it as natural as it is. The less process is used, the healthier it is. Moreover, make sure that you eat enough fruits and vegetables because they are the wide sources of nutrition supply with the small amount of sugar. Non-root vegetables such as broccoli, bean, and cauliflower are highly recommended.

If you want to have some protein from animals, try more fish, in particular, wild ones like cod, tuna, salmon or haddock as they contain omega-3 fatty acids, the vital substance for full health. If you eat poultry, remove the skin before you eat.

The most important thing is to avoid junk food and sugary beverages that would put you at risk of Type 2 diabetes. Freshwater or sugar-free tea is much better.

Acupuncture may be not the suitable therapy for one suffering from blood diseases as HIV or bleeding conditions like hemophilia and the pregnant women. For others, it does almost no harm.

According to the WHO, this therapy can be used to treat over 100 health conditions including diabetes.

Practitioners use the tiny needles to stimulate some points on the body so that it will redirect the circulation of energy inside the body. In reality, acupuncture helps to alleviate pains and adjust sugar levels without any annoying side effect. However, make sure that you have a qualified and experienced acupuncturist because its complicated process requires skillful practitioners.

Many patients come up with the idea of doing yoga exercises to improve their situation. It is scientifically proved that practicing yoga every day not only reduces high blood pressure but also lowers the blood sugar levels and prevents some other disease. Such the movements of folding, stretching, and leaning in numerous poses make it possible to enhance circulation, lose weight, and relieve pain.

Herb is not seen as a kind of drug. However, we need to ask the doctor’s advice before using it. In term of quality, buy it from the reliable producer without the use of the pesticide.

There are some popular herbs used in daily life.

Acupressure is practiced by the same technic as acupuncture so all the acupuncture points could apply to acupressure. The difference lies only in the devices used. While acupuncture uses tiny needles, acupressure has a wide range of devices from acuballs – small balls made of rubber, energy rollers, and foot rollers to power mats or even by hand.

Some important areas that contribute to the control of diabetes are palm, wrist-hand, knees, and feet. These areas need to be practiced regularly with carefulness so that they give the satisfying results, which helps to treat not only diabetes but also other ailments.

Hang Pham is author at LeraBlog. The author's views are entirely their own and may not reflect the views and opinions of LeraBlog staff.