I love coffee. Although I prefer it black with complex tones that awaken my palette to the morning, I will take just about any way I can get it. There are several health benefits associated with caffeine consumption so I may be getting more than just a morning energy jumpstart.

It is important to note that many of these benefits are associated with caffeine in general and not just coffee specifically. Before you get excited, keep in mind that the weight loss benefits are connected to either espresso or coffee, without added sugar, milk, cream or other items that can add to the calorie content. So don’t start believing that ordering a large Frappuccino with extra whip cream and caramel at Starbucks is going to help you lose weight. That means that consuming sugar-laden coffee beverages will not have the prescribed results.

Remember, too, that caffeine may help in these instances. Consuming anything in excess, including coffee and caffeine may result in negative side effects. I use an inexpensive home espresso machine that’s become my best friend in the morning and throughout the day. 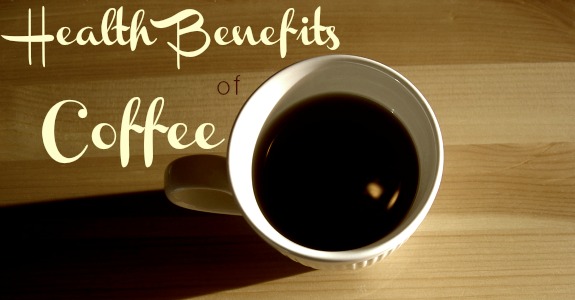 Research shows that caffeine can actually help your body burn fat. Caffeinated coffee helps to increase your metabolic rate by 3 to 11 percent. Coffee boosts your metabolism with about three hours of consumption.

Caffeine also helps to break fat cells free from free fatty acids (FFA) allowing them to be burned more easily. It actually may increase oxidative FFA disposal by as much as 44 percent! It also makes FFAs more available for energy conversion by releasing them into the bloodstream.

Many of the weight loss benefits of drinking espresso come in the form of caffeine intake.

According to several studies published in the medical journal “Obesity”, a moderate daily intake of caffeine was shown to reduce the appetite. This reduced appetite caused the members of the study to eat less the following meal and to reduce their overall daily caloric intake. The results were produced when the members of the study consumed 1 cup of coffee for every 20 KG of body weight, so generally around 3-5 cups per day.

Obviously caffeinated coffee increases your energy. That is why most of us resist any kind of social interaction prior to drinking our first cup of joe.

The caffeine in coffee is a powerful stimulant on the brain as well as the heart. It works by blocking the inhibitory neurotransmitters adenosine, increasing neurotransmitters like dopamine and norepinephrine. This effect may act to increase your mood, memory, alertness, and energy.

Because it increases your energy by stimulating your nervous system, you may experience improved physical performance. It also provides a healthy dose of adrenaline that may prepare your body for increased physical exertion.

Another weight loss benefit that’s currently being studied is the connection between caffeine and increased energy levels. Consuming an espresso directly before a workout has been shown to moderately stimulate the central nervous system and improve exercise performance. The improvement lasts for up to two hours after consumption of the beverage.

As a matter of fact, a high enough dose of caffeine is against the rules of the International Olympic Committee because it is a known stimulant and performance-enhancing agent. The US Special Forces uusecaffeine to enhance performance and awareness of it’s soldiers.

Other benefits that research attributes to delicious cups of coffee include lowering your risk of type 2 diabetes, protect you from Alzheimer’s disease and Dementia, make you happier and fight against depression, and may lower your risk of Parkinson’s disease.

Although coffee may sound like a miracle elixir that you actually enjoy taking, there are some decided drawbacks. Along with these negative side effects, overconsumption can leave you a ball of nerves, anxiety, and stress.

Consuming large amounts of coffee may cause:

The most serious side effects seem to be anxiety and brain hypoperfusion. The caffeine in coffee increases anxiety mechanisms by increasing stress hormones and reducing blood flow to the brain. Brain hypoperfusion is when blood flow to the brain is reduced. This may cause dizziness, loss of hearing, reduced vision, and possibly even unconsciousness.

Many studies are now showing that consuming coffee in reasonable amounts may have a net positive effect on most people. It is important to be aware of your sensitivity to caffeine. Refrain from drinking more than five cups per day.

Know your caffeine limits and don’t exceed them. It is always important to know the facts before increasing your caffeine intake. Avoid coffees laden with sugar. Always consult your doctor before any dietary changes including those related to caffeine consumption.