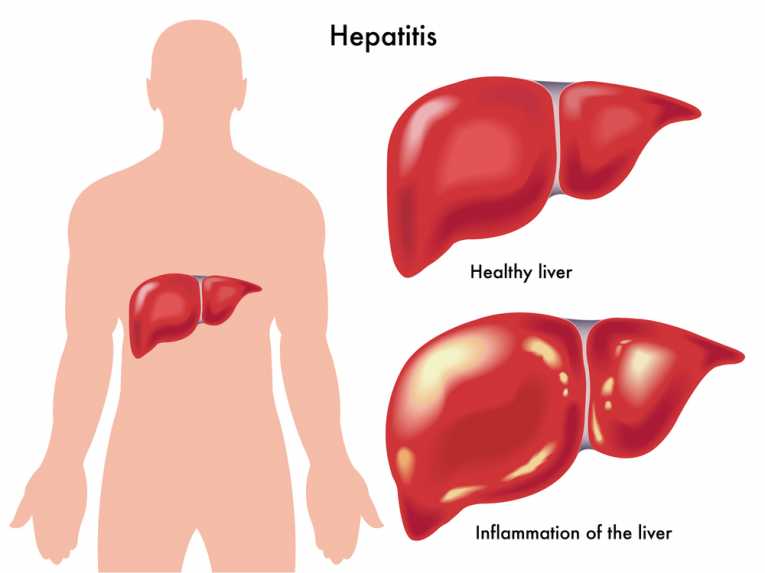 Many of us are victims of inflammation, which affects different areas in our bodies. Inflammation in the joints trouble us and sometimes disrupt our normal lives. Even though it's difficult to put up with pain and numbness, we somehow manage.

Inflammation could be life-threatening if it affects certain parts of the body. One such organ is the liver. It is a vital organ. Liver inflammation is a serious health hazard known as Hepatitis. A viral infection is the commonest reason behind Hepatitis.

There are other causes such as

Heavy alcohol consumption can invite hepatitis. Doctors always suggest a moderate intake of alcohol (preferably once or twice a week), so it doesn't affect the liver. What many regular drinkers don't know is the metabolites of alcohol leave a toxic effect on the liver, and cause it to undergo serious problems.

Researchers have found that 150 milliliters of alcohol, taken everyday for about five years can damage the liver to an extent that it'd be hard for it to recover later. 34% of the drinkers will have chronic alcoholic diseases in later stages of their lives. Nearly 25% drinkers would be affected by the cirrhosis of the liver. Hepatitis in alcoholics is caused by the HCV infection.

Spicy junk foods can cause liver damage. Nutritionists insist people not to take spicy foods because they are harmful to the body. Of all the organs in our bodies, which are affected due to the consumption of fast foods, one is liver. And it bears the brunt like no other organ does.

Once damaged, it's difficult for the liver to regain its strength. As a result, people, whose livers are damaged due to eating too much of spicy food, live the rest of their lives eating foods, which are easy to digest.

Restraining oneself from eating spicy food is difficult. Lifestyle changes are necessary for this. Surveys done by health care professionals have revealed busy lifestyle, coupled with desktop type back office jobs has made us fond of processed food, which cause damage to the liver and make us susceptible to Hepatitis.

Substance abuse aggravates the odds of Hepatitis. When drugs and chemicals are absorbed into the body, they break down into toxins. Such toxins decrease the liver's capability. Heroin has been found to cause a severe damage to the liver.

Some junkies live under the illusion that if they snort the substance, it won't damage their livers. Nothing can be further from the truth. The drug rehab centers have patients, who have gotten Hepatitis from viral infections. The infection was caused by Heroin intake regardless of the way of ingestion.

Not only that, since contagious, Hepatitis can be passed on from one addict to another, chiefly due to sharing unclean needles. Hence, my advice, don't do drugs no matter how ecstatic it might make you feel.

There's a reason doctors advise people never to take drugs without prescription from an accredited health care professional. Prescription drugs, which can damage the liver and cause Hepatitis are fenoprofen, amethopterin, carbo tetrachloride, acetaminophen, etc.

Just like prescription drugs, inhalants can cause a significant harm to the liver if inhaled beyond a certain amount. Experts held the effect of excessive amount of inhalant on the body is similar to the impact of alcohol abuse. Inhalants have chemicals in them. When these chemicals enter the body, the body's oxygen level decreases causing the organs to work harder to reinstall the previous condition.

You can take supplements, but not without the approval of an expert. Natural anti-inflammatory supplements can help to alleviate certain medical conditions. Nevertheless, these are not very effective in fighting viral infections. So, even if you are taking the supplements, take it for the overall health and well-being and only after a doctor prescribes you the supplements.

Don't take them specifically for Hepatitis.

Jeremy Smith is author at LeraBlog. The author's views are entirely their own and may not reflect the views and opinions of LeraBlog staff.