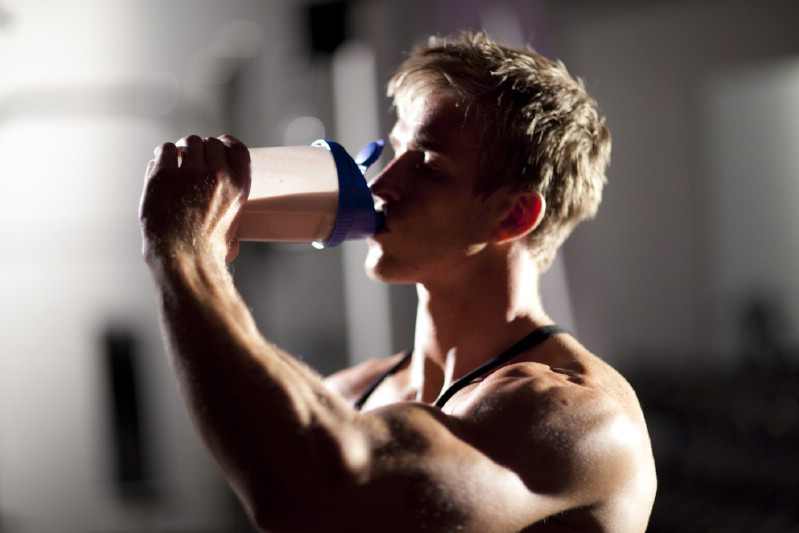 Many athletes think that protein intake is the most important thing when it comes to success in spots. You can rarely meet an athlete that is focused on gym, bodybuilding, strength and power sports that can resist using any form of protein supplement, and most of them that are taking supplements are convinced that they own their success to additional intake of protein .The truth is that most of the athletes are taking too much protein, and because of that at the same time they are reducing the intake of other essential nutrients that are key for achieving success in sports. Simply put, consuming of too much of any nutrient forces you to reduce other nutrients that could also be equally important. However, properly balanced whey protein isolate intake can really help athletes who aren't taking in enough protein.

Athletes who usually need more protein (as a percent in total intake of energy nutrients) are usually taking low amounts of protein. For example athletes in gymnastics and running sports who are actually looking thing and it seems that they have much less muscle then weightlifters actually have almost the same proteins needs as athletes who are training bodybuilding. That's because they are also spending high amounts of protein during their normal activities of durability. Also athletes who are focused on strength and power sports are usually taking much higher amounts of protein then they actually need, and for things to be even worse they are consuming powder proteins or amino acids supplements in order to increase their protein intake even more. Considering that 28 grams of meat brings around 7 grams of amino acids, and typical supplement of amino acids brings between 0.5 and 1.0 grams, so small amount of strategies and programs of protein intake used my athletes actually make sense.

Proteins taken through diet are degraded to amino acids, and amino acids from food (essential ones) are joining with other amino acids produced by our organism (unessential ones), and with that merger they are creating new proteins and they are creating a reservoir of amino acids in the body. Amino acids are constantly taken in and they are circulating in order for synthesis of specific proteins needed by the body is started (proteins from muscles, hair, nails, hormones, enzymes and more). Individual amino acids could also be used as an energy source (via process of deamination) if other nutrients (carbon hydrates and fat) cannot match the energy needs of the body.

1. Protein is the source of carbon for reactions that create energy. Some of the amino acids could be converted to glucose and they can be metabolized in order for creation of ATP (Adenosine triphosphate), while others could be deposited as fat that are afterwards catabolized for creation of ATP.

2. Proteins are crucial compounds for control of liquid amounts and osmolality in the blood and body tissue. That function is main control factor for maintaining the balance of body fluids.

3. Proteins are amphoteric and they have the ability to act as puffers in acid and alkane environments in order to keep an optimal pH of blood.

4. Anti-bodies are substances partially made from protein, and they are key for keeping the body healthy.

5. Proteins form enzymes that are participating in digestive and other cellular processes that are creating needed compounds and nutrients.

6. Proteins are basic building ingredients of body tissues, including organs (heart, liver, pancreas and others), muscles and bones.

7. Proteins are smart transporters of substances in blood, namely they are binding for individual substances and they are carrying them to appropriate receptors. For example transferrin is a protein transporter for iron.

8. Proteins are also part of specific hormones (such as insulin and thyroxin) and neurotransmitters (such as serotonin, dopamine and acetylcholine) that are controlling body functions.

Watch out, too much consummation of protein supplements and too much workout in the gym, can bring fatal consequences for your heart. Among young, there are more and more men who are pushing their body to its limits in order to gain more muscle. Sometimes muscles such as Hercules aren't that good, if your heart is like one of the eighty year old man.