Which would you rather have from your family medical practitioner: treatment and medicine for a chronic ailment, or solid preventive-health advice that might keep you from suffering the ailment in the first place?

Your doctor wants you to be healthy. They know you, they value you, and they want you to be as vibrant and energetic as you can be.

So your doctor would much rather give you an “ounce of prevention” than a “pound of cure!”

Toward that end, your doctor will likely recommend at least five things (habits) to which you should pay at least some attention every day.  Take your vitamins, and get enough sleep.  Drink enough water, and get some exercise.

Good nutrition is the cornerstone of a healthy physical regimen.  Eating well can not only stall or reverse some ailments, it can actually help prevent them altogether.  And people who pay attention to their nutrition are generally less likely to be extremely overweight (which alone causes many health problems), and to be much more energetic. 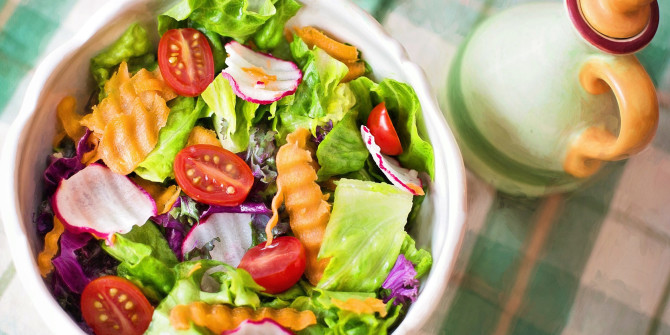 What To Leave Out…

There’s a good deal of debate as to the best nutritional approach to take these days.  But almost all experts agree that there are a couple of types of “junk food” you should avoid (or use very sparingly): sugar, and processed carbohydrates.

No matter your current physical condition, if you can cut out these “empty calories,” you’re likely to see a fairly rapid and dramatic improvement in your vitality.

But most people would say cutting these treats out completely would just be too difficult.

And there’s a reason for that.

It turns out these treats – especially the sweets – tend to create cravings for themselves.  Think about it: a major manufacturer of potato chips ran a very successful ad campaign for many years, claiming that no one could eat just one of their chips.  And they were pretty-much right.  Eat one, and all you want is another one, until you’ve gulped down far too many!

You’ll be healthier if you can find the discipline and will-power to simply limit your junk food intake.

If you want to make a big improvement in your health, though, try cutting them out completely.  You might be surprised.  Many people who’ve cut these treats out of their diet completely report that, after a couple days, they really just don’t want them anymore.  The cravings are gone.

… And What To Leave In

Again, there’s a fair debate about what’s best to eat (though you often find that studies claiming this or that food “isn’t that bad after all” are sponsored, at least in part, by the companies that supply those foods on a large scale).

But again, there’s a fairly widespread agreement on two things you should eat: lean protein, and vegetables.

If you get enough of these two key powerhouse ingredients, you’ll fuel your body in ways you may only have imagined.  And, as a bonus, you’ll find your appetite for “bad stuff” diminishes (and you just won’t have as much room for it).

Many nutritionists even advise going light on fruit, because it’s often loaded with sugar which can offset the health benefits of its nutritional contribution.  Some fruits are less sugary than others… often, berries are a good choice for people who want the good nutrients, but also want to minimize their sugar intake.

And you don’t have to eat meat… there are nice vegan or vegetarian options for your protein requirements.  But if you are a meat eater, choose lean, “clean” meats… and go with organic options whenever possible.

The same goes for your vegetables: non-GMO and organic are best.

One way to start a strong nutrition program (without going on a fad or extreme diet) is simply to make sure you’re getting enough vegetables and lean protein.  For many people, it’s not what you don’t eat, but what you make sure to eat, that’s the key.

Maybe you’ve heard it said: “Dieting is hard… Being overweight is hard… Choose your hard.”  People who take their doctor’s advice, and pay attention to their nutritional intake, tend to learn that simple “dieting” is actually much less difficult than they thought it’d be… and much easier than dealing with the ailments a severe weight problem can bring.  Keep your good health on the menu, and you’ll find the results can be delicious!