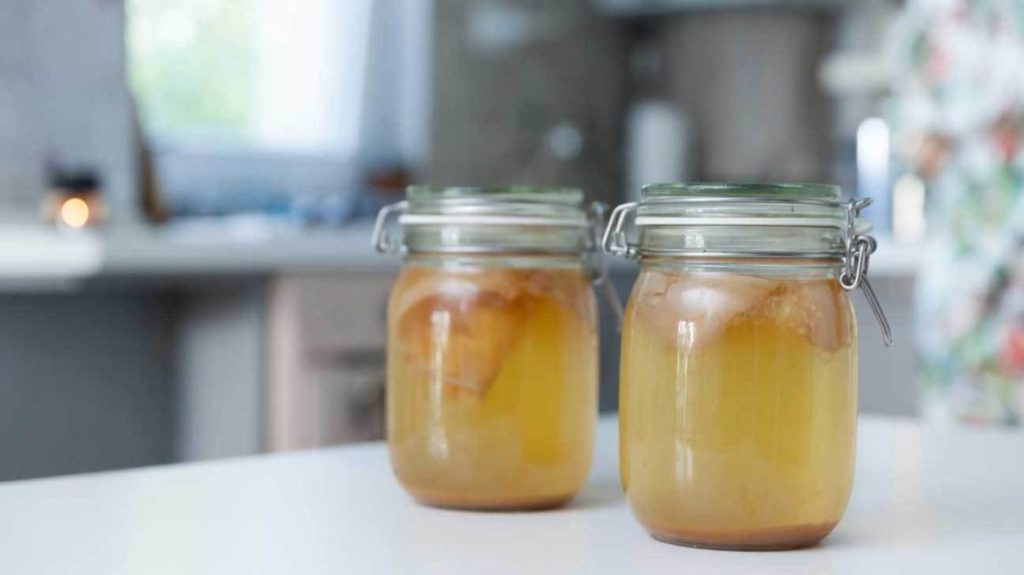 Let’s face it, when you are thirsty, water isn’t always the most obvious choice. Oftentimes, you look for something that’s both tasty and refreshing to the palate.

But not all readily available drinks are created equal. In fact, some popular choices aren’t exactly the healthiest ones.

Fortunately, there’s another unique trend that’s hitting the market these days: the emergence of unconventional beverages that promote more than just thirst-quenching action to its consumers.

And if you’re into trying out new and alternative health drinks like these, then you’ve probably had a budding curiosity of knowing what kombucha is and what makes it so popular nowadays.

To help you become more familiar with this beverage which dates back to ancient Chinese origins, here are a few things you need to know before you take that first sip:

It is made from fermented tea.

Known for its surprising taste (often referred to as slightly sweet yet acidic and or tangy), kombucha is made by fermenting sweetened green or black tea (or both). The process usually takes weeks and can be done either commercially (as with many retail manufacturers) or even by DIY home brewing.

Typically, water is boiled, then sugar and tea leaves are added and subsequently filtered. Afterward, the resulting sweetened tea brew is cooled down and subjected to the fermentation process that takes place inside a sterile and covered container. Once fermented, the brew is kept inside the bottle for a few more weeks to encourage carbonation. This carbonation process makes the kombucha brew a bit fizzy and bubbly. After this step, others add fruits, herbs, and spices for added flavor.

It makes use of a scoby.

Scoby is an acronym which stands for “symbiotic culture of bacteria and yeast”. It’s that round and odd-looking thing you see often floating on top of a kombucha brew. And despite its unusual appearance, the scoby is actually responsible for what makes each kombucha brew so appealing to consumers. This is because the scoby mixture is added to the sweetened tea to facilitate the fermentation process. Through its yeast content, the scoby aids in converting most of the sugar content of the tea into a food source for the live bacterial colony and turning it into the fizzy drink with rich probiotic properties.

It is possibly good for your health.

Kombucha’s widespread popularity comes from the health benefits that you can get when you consume a glass of this brewed ancient delicacy. As mentioned earlier, it is rich in probiotics, that is, it contains several helpful microorganisms (like bacteria and live yeast) that make your gut and overall digestive system healthier. This combination of live “good” bacteria and yeast help balance your intestinal microflora and facilitate better food and nutrient absorption in your gut.

Aside from improved digestion, it has also been reported to have anti-inflammatory as well as immune-boosting properties. Many attribute these claims to the presence of acetic acid (which lowers the product’s pH) and gluconic acid (which has antioxidant properties) as by-products of the kombucha fermentation process. It even contains water-soluble vitamins like vitamin B1, B6, and B12.

And because it is made from green tea, it is also a good source of green tea’s health-promoting benefits. Now, if you’re a green tea drinker, then you know there’d be quite a few. Some of these health benefits include antioxidant properties which protect your cells from the damaging effects of oxidation. In the same manner, kombucha’s green tea content can also help improve and lower your cholesterol levels, aid in maintaining your blood sugar levels and even promote weight loss and reduced belly fat.

As with anything new and popular, it is always a good idea to read up on a few things about the beverage you will be consuming before you join the latest craze and bandwagon of alternative health drink buyers.

As for kombucha, each brew undergoes weeks of fermentation process made possible by a colony of microscopic organisms like bacteria and yeast. This mixed culture (known as the scoby), along with its green tea content, is responsible for that unique taste, probiotic population, as well as the immune-boosting, antibiotic, and antioxidant property that is characteristic of the ancient kombucha brew.