The human thyroid gland weighs 1.5 ounces and secrets about a teaspoon of thyroid hormone over the course of a year. Yet, the health of the human body is completely dependent on two thyroid hormones, without which the metabolism of every cell in the body would come to a grinding halt. A study of randomly chosen Nebraska Fair goers who underwent blood testing found one out of every 10 people had a thyroid disorder and was not aware of it. More commonly, people seek help from their physicians for symptoms of fatigue, cold extremities, hair loss, constipation, heat or cold intolerance, dry skin etc. all of which are classic hypothyroid symptoms, and are told they are “fine” when their thyroid panel blood test comes back as “normal.” 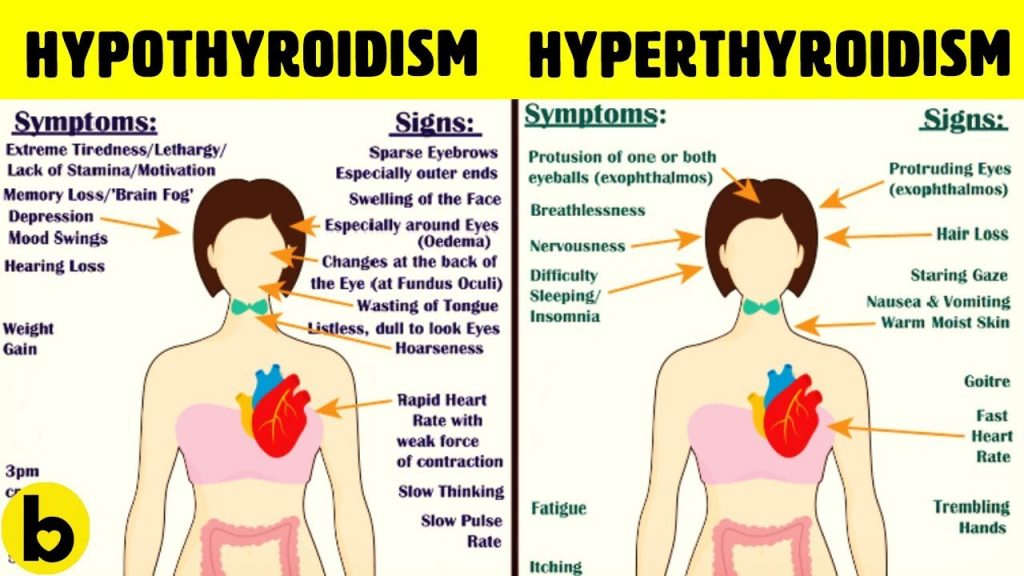 In reality, around 40 – 50 million Americans have overt hypothyroidism as seen in the Nebraska fair attendees AND what we term “subclinical hypothyroidism” in the folks with all the hypothyroid symptoms and a normal thyroid panel. There are MANY more additional hypothyroid symptoms, 68 to be exact! Hence, hypothyroidism can be called the great imposter, as so many of these symptoms seem unrelated to each other and can cause the correct diagnosis to be missed while focusing in one a few symptoms/organs and missing the bigger picture. The following website lists all 68 hypothyroid symptoms: www.drlow.com/geninfo/hyposymptoms.htm.

Lack of treatment or under treatment of hypothyroidism has profoundly harmful effects on the body, besides the annoying symptoms. For example, it is well documented going back to the 1980’s by a thyroid pioneer physician by the name of Broda Barnes, MD that coronary artery disease and heart attacks are directly related to low thyroid hormone levels, and is not a statin drug deficiency disease. In fact, he found over a 25-year period treating over 4000 diabetic patients with thyroid hormones that NO heart attacks occurred in this population.

This is an astounding finding that illustrates the protective effect thyroid hormone has on the cardiovascular system. Unfortunately, this finding has been ignored by mainstream medicine. A quick summary of the thyroid gland/endocrine system is in order to help you understand the basic physiology of how it works and how to recognize if you have a thyroid problem.

The two major thyroid hormones are T4 and T3.  T4 refers to thyroxine while T3 refers to triidothyronine. Both are secreted by the thyroid gland when stimulated by Thyroid Stimulating Hormone (TSH) in an 80/20 ratio. T3 is the more active thyroid hormone by a factor of 4X more biologically active compared to T4. TSH is secreted from the brain into the circulation and is responsible for stimulating the thyroid gland to make more T4 and T3. So when TSH increases and exceeds a certain value, which is the blood test criteria for diagnosing hypothyroidism.

The normally functioning thyroid gland will increase its output of T4 and T3 and the brain will “sense” those higher hormone levels in the circulating blood and decrease the TSH being released. This is referred to as a “negative feedback loop.” There is some disagreement over what TSH level defines hypothyroidism with many endocrinologists believing it to be above 5.5 while those of us in the complementary alternative medical field believe the upper limits of normal is 3.0 or higher. Some research suggests optimal health is achieved with a TSH of 2.0 or less. It is very clear to us however that there are MANY men and particularly women who have “normal TSH levels” by either criteria, yet are suffering many hypothyroid symptoms and need treatment – what we call “subclinical hypothyroidism. Another subset of patients are those with a condition called Wilson’s Thyroid Syndrome who have the same hypothyroid symptoms, with very low body temperatures in the 95.5 to 97.8 degrees Fahrenheit range.

T4 and T3 are made from the amino acid tyrosine and the mineral iodine. The only difference between the two is that T4 has 4 iodine atoms while T3 has 3 iodine atoms.  Believe it or not, iodine deficiency is an epidemic in the American population and contributes to goiter, thyroid nodules, hypothyroidism and other thyroid abnormalities. Iodine is present in high concentrations in seaweed and to a less extent in ocean fish, two foods most Americans to do consume enough of. During the 1930’s goiters (an enlargement of the thyroid gland) became so prominent that the federal government mandated that salt be iodized to stop the epidemic. However, many people avoid salt inappropriately due to the salt fear/paranoia created by the government! In addition, the addition of fluoride to drinking water and bromide to food products (bread for example) dislodge iodine from the thyroid gland, creating more problems. There are two excellent sources of iodine and iodide (the body needs both forms) called Iodoral (capsules) and Lugol’s Solution (drops) that we use to restore normal iodine levels in our patients.

In the case of Wilson’s Thyroid Syndrome, T4 is thought to be converted to “reverse T3” which is metabolically inactive, and thus leads to hypothyroid symptoms as well as low body temperatures in the face of normal TSH, T3 and T4 blood tests. These patients are put on a sustained release form of T3 twice daily and dosed upward until their temperature reaches at least 98 degrees. This is indicative of improved metabolism and hypothyroid symptoms usually completely resolve at this point.

Another cause of hypothyroidism is Hashimoto’s Thyroiditis, an autoimmune disease in which the thyroid gland is attacked by two antibodies (TPO and ATA). It is felt in the “alternative” medical world that a compounded T4/T3 only product with this thyroid condition is a better treatment choice as it is believed that some of the pig proteins in Naturthoid (or Armour’s Thyroid) may aggravate the autoimmune process.

The treatment with T4/T3 should be sufficiently dosed so as to relieve all hypothyroid symptoms and over time, turn off the autoimmune process so that the TPO and ATA antibody levels return to normal. To that end, adding 1000 mcg of a chelated selenium supplement has been found to also assist in “turning off” this autoimmune response in Hashimoto’s. A compounded T4/T3 product will run about $40 – 50/month while Armour’s Thyroid, Naturthroid and Westhroid are in the $15 – 25/month range. These are very inexpensive medications for the tremendous health benefits derived.