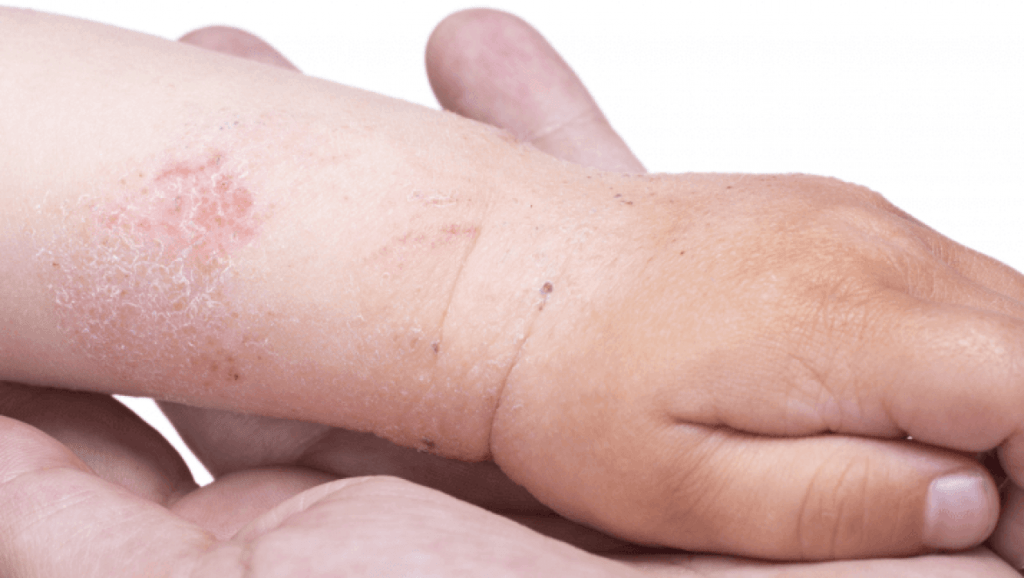 Complementary and alternative treatments are a controversial topic in the medical field due to a variety of reasons. The main point being the fact that these treatments lack sufficient clinical research to back up the risks and benefits. This is excluding the treatments that have enough evidence to prove that they are ineffective and unsafe. But as the reports of family members, friends, and the internet attest, there are several complementary and alternative treatments supporting their efficacy for eczema treatment.

Rise of the Unconventional Eczema Treatments.

There has been a sharp rise in studies evaluating some unconventional treatments for eczema during the last few decades. Still, the sample sizes are typically too small, or the study designs are not adequate, which makes it tough to draw a definitive conclusion. Nonetheless, a few treatments for eczema have started to gain traction as they have shown some therapeutic benefit.

In this article, we’ll explore the five latest complementary and alternative treatments for eczema:

An essential nutrient, Vitamin E has antioxidant properties and effects on our immune system. A 2015 study done on participants with mild to moderate eczema symptoms involved giving 400Iu of vitamin E for four months. The result showed significant improvement for itching, swelling, redness, and skin thickening. However, these effects were not sustained three months after ending the treatment. The intermittent use of Vitamin E has shown a short-term rescue effect for eczema similar to using topical steroids as in traditional eczema treatment. No side effects were reported in this study. But some have documented reports of burning, itching, and contact dermatitis with the use of topical vitamin E.

Studied as a possible topical treatment for eczema, honey has been historically known to possess broad antimicrobial and wound healing properties. Also, it can affect a specific aspect of the functioning of the immune system.

A study published in 2017 involving the use of topical Manuka honey has shown that applying it overnight on the affected areas for seven days provides a significant reduction of the eczema signs. Another study assessing the effect of medical honey eardrop treatment three times daily for two weeks has shown improvement in symptoms, especially, redness, itching, scaling, and discomfort on eczema of the external ear.

It has antimicrobial activity and has anti-inflammatory and antioxidant properties, which promise topical eczema treatment. In a 2017 clinical trial study, three topical EISO formulations with 0.1 percent colloidal oatmeal has shown a significant reduction in eczema symptoms in children with mild to severe skin condition. While in eight weeks, 75 percent saw more than a 50 percent reduction in eczema symptoms with 18.8 percent achieving full remission.

An amino acid that the human body cannot produce, L-histidine can only be obtained through diet. Used as an oral treatment for eczema, it is an essential part of the skin barrier and contributes to maintaining hydration, which is vital to prevent and treat this skin condition.

As per a 2017 study, 4g of L-histidine taken orally daily for eight weeks has shown reduced eczema symptoms severity. The effect of oral L-histidine was equivalent to a mid-level topical steroid. Moreover, the symptom reduction persisted eight weeks after ending the supplementation with no side effects. So, L-histidine may potentially have a profound impact on eczema treatment therapy.

A natural hormone produced by the body when it wants to tell us it is time to sleep, abnormal production of melatonin at night can lead to sleep disturbances. The skin barrier, inflammation, and blood flow all operate in a rhythmic pattern. High levels of inflammation and itching at night also disrupts sleep, affects mood, causes low energy, and shifts the immune system towards a state which further perpetuates eczema.

Higher melatonin levels during the night time are naturally associated with better sleep and less severe symptoms of eczema in children and how to manage it. As per a 2016 study, children with eczema having difficulty falling or maintaining sleep showed that oral melatonin was better than a placebo in shortening time to sleep and reducing eczema severity. This effect may be attributed to a change in the immune system to a state which doesn’t facilitate inflammation or reduced scratching opportunities, which increases their sleep time.

Additionally, a reduced scratching event is vital to prevent further breakdown of the skin barrier and environmental exposures that could prolong inflammation and the itch-scratch cycle eventually leading to eczema flareups. No side effects were reported in this study where melatonin was used as an over-the-counter supplement to help facilitate sleep in children with eczema symptoms.

Though complementary and alternative treatments are not proven safe and effective. More than half of the patients with eczema have tried or currently use these medications and have experienced them to be effective and safe. Always consult with your healthcare provider before changing or trying new alternative treatments for eczema.

GainHealthNicole is author at LeraBlog. The author's views are entirely their own and may not reflect the views and opinions of LeraBlog staff.