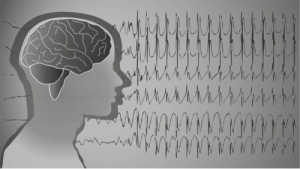 There are almost 250,000 Australians living with epilepsy today. The condition, which is a central nervous system disorder that affects the brain, is more common than Parkinson’s disease, MS and cerebral palsy. Yet, it’s often referred to as the ‘forgotten disease’ because the facts about epilepsy still remain widely misunderstood.

In epileptic patients, the normal electrical and chemical activity in the brain is disrupted. However, the cause and reasons behind epilepsy are very diverse and differ between people and ages. In fact, seizures can occur at any age, with 40% of children and 30% of adults being diagnosed with epilepsy. But in 50% of cases, the cause is unknown.

To debug the common myths associated with epilepsy, here are some essential questions to help you sort fiction from fact.

How is Epilepsy Diagnosed?

Because epilepsy is not a single disorder and there are many seizure triggers, it can be a complex condition to diagnose.

Initially, your medical history and symptoms will be reviewed by a neurologist. A good description or eye witness of the seizure is also important.

There are procedures the neurologist will order, as well as ask questions relating to family and birth history. Some of these procedures may include:

Some symptoms of epilepsy, which makes it difficult to distinguish the disorder from other conditions, can include:

Epilepsy can be diagnosed from birth or develop as a result of multiple factors, including head trauma, infections, sleep deprivation, stress, genetics, a stroke that restricts oxygen flow to the brain or brain tumour. It’s not considered hereditary, but can often run in families or show up in genetic history. Most parents with epilepsy do not have children with epilepsy.

Why are there so Many Misconceptions about Epilepsy?

Anyone can develop epilepsy – one of the top neurological disorders in the world, yet it’s such a misunderstood condition.

Social or public stigma and discrimination in workplaces and schools are often common because of these misconceptions, especially when there is lack of awareness or people are unsure how to respond to the condition.

Some common myths associated with epileptic seizures include:

Epilepsy is a mental health condition

But epilepsy does not fall under the umbrella of these disorders. Seizures are a disruption of the electrical activity in the brain, while mental or mood disorders are generally caused by a chemical imbalance. The likelihood of anxiety and depression can be known to increase with chronic brain conditions, however.

Epilepsy is severe and patients have regular seizures

Fact: Typically, epileptic seizures can be controlled through medication and seizure management. The amount of seizures vary between patients, as epilepsy effects everyone differently. Some patients can have seizures daily, others a more controlled with a yearly seizure, whereas some will not experience a seizure for 10 years. Understanding potential triggers for epileptic seizures will also help with management.

You cannot die from epilepsy

Fact: Unfortunately, this is not a myth.

Whilst death from epilepsy is rare, seizures can cause death by drowning, falls, suffocation or accident during or after a seizure.

What Should You do if someone has a Seizure?

In the event of a seizure, first aid is applied to prevent injury whilst the person is stiff and making sudden movements.

Despite popular belief, you cannot swallow your tongue during a seizure. But by laying the person on their side, it’ll help to prevent the tongue obstructing breathing – especially when they go limp at the end of the seizure.

A typical seizure will last 1-3 minutes and will not require medical attention or an ambulance. However, if it’s their first seizure or it lasts 5 minutes or longer, immediate medical help is required.

After a seizure, it’s common to feel sleepy, irritable or confused. It may take a few hours for a person to return to normal.

How Many Types of Seizures are there?

There are many types of seizures people can have, these are divided into the three main categories:

Because seizure management and medication are usually effective in minimising fits, people with epilepsy can live relatively normal lives. However, some limitations are in place.

Managing and coping strategies will differ between people, depending on the cause of their seizures, triggers and frequency. Epileptic patients can drive if their seizures are properly managed, but some circumstances may require a temporary or permanent suspension. Epilepsy does not affect driving ability, but can be unsafe if seizures are unpredictable.

Lifestyle changes, such as managing sleep and stress, diet and other triggers is necessary. But living with the condition will not create any barriers to personal achievement or affect one’s intelligence and range of abilities.

Although treatable, epilepsy can have significant social, physical and psychological consequences. Social stigma and exclusion may be challenging, but can be turned around through more awareness of the condition.

What Research is being done?

Although research has led to better diagnosis and treatment of epilepsy, there are still many questions about it.

This article is written by Jayde Ferguson. Catch Jayde on LinkedIn.