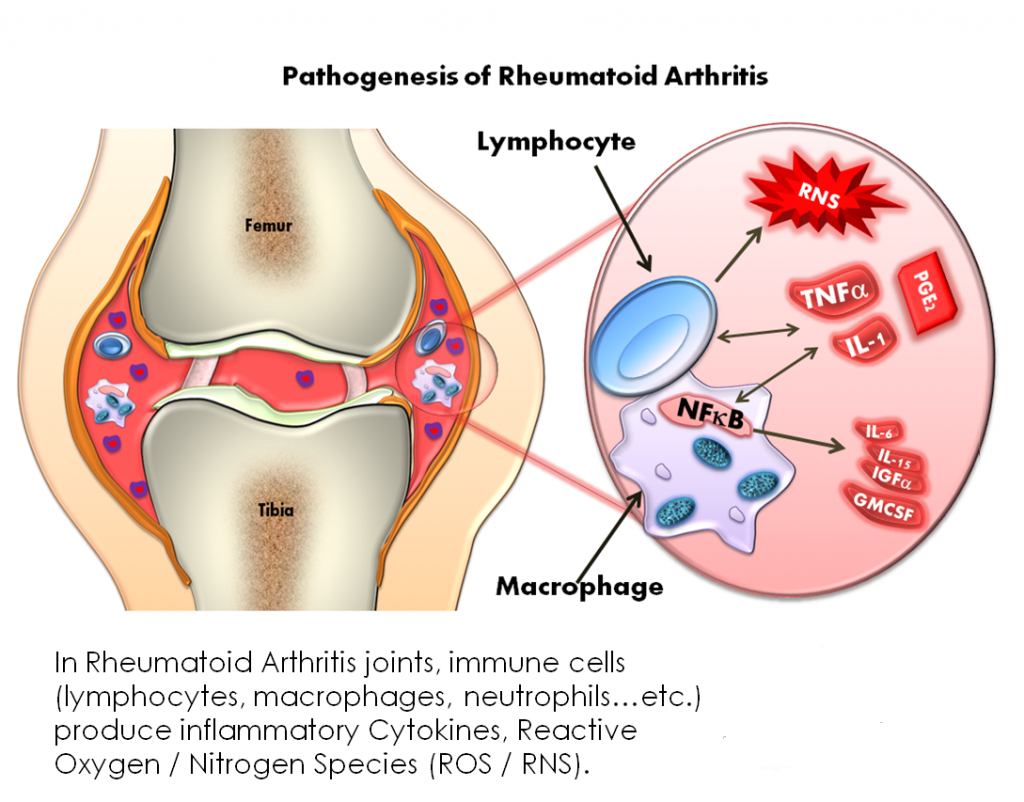 Rheumatoid arthritis or RA is a very serious autoimmune disease. It causes several body parts including the joints to undergo chronic inflammation. The symptoms can vary, making it hard for doctors to figure out whether a pain or inflammation in the joint is the result of RA.

Early detection of RA can help to lessen it, but as the symptoms mimic many other diseases, diagnosis becomes difficult at times. And there's more; the inflammation might heal on its own fooling a victim. After a while, just when the victim starts to think the inflammation was not that serious, it may come back.

Rheumatoid arthritis has plenty of symptoms; some common ones are swollen or tender joints, stiff joints, fatigue, fever, deformity of joints, impaired joint function, etc. The disease can affect one or both joints, and if not treated in time, the joints can be permanently impaired.

I want you to take RA seriously, and for that reason I am drawing your attention to certain facts that can help you understand the disease better:

RA can affect a person at any age. Though it normally affects older men and both younger and older women, it sometimes affects children too. Women, who are affected by RA are 30-60 years of age. Men, who are affected by the disease are generally older. This demographic indicates older people are at an increased risk of rheumatoid arthritis and need to safeguard themselves from it.

Nearly 1.3 million Americans are affected by RA, which means out of 100000 people, 41 are facing the risks of being affected by it. Women are more vulnerable than men as they are 2Â½ times more likely to get RA.

RA invites several other complications, which include heart diseases, lung diseases, skin diseases, complications in the vascular and circulatory systems and more. Studies have revealed people affected by RA have higher chances of cardiac diseases than people, who are not affected by it.

RA can make living a normal life difficult. People affected by the disease find daily household works incredibly difficult. Everyday works become problematic. The patients even find it difficult to get out of the bed and wear clothes. Doing a job with rheumatoid arthritis is nearly impossible for them, and they either change their jobs or retire early.

Capsaicin has anti-inflammatory components in it. It can reduce a pain transmitter called substance P. Studies have revealed its regular intake can reduce pain in joints by 50% only in three weeks. It comes as both gel and topical cream.

Uncaria tomentosa is a vine, found in South and Central America. Known commonly as Cat's Claw, the vine is very effective in the treatment of rheumatoid arthritis. Alongside treating RA, it also improves the patient's overall immune system.

This holds true when it comes to RA. Precautions such as living a healthy life, avoiding smoking, and taking anti-inflammatory supplements can help you dodge all the risks.

Jeremy Smith is author at LeraBlog. The author's views are entirely their own and may not reflect the views and opinions of LeraBlog staff.