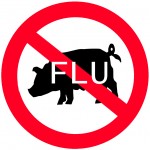 With winter comes the onset of typical influenza symptoms. However, while last winter California attributed only 9 deaths to the flu, this winter already 95 deaths have been ascribed to the H1N1 virus of 2009. Experts aren’t entirely sure why this year’s strain of flu is significantly more deadly than last year, but regardless it’s encouraged that everyone get flu shots immediately.

When swine flu initially broke out, it began in Mexico and traveled globally. Right now, the strain seems to have resurged the most in California. Other states such as Texas and Pittsburg have reported deaths due to this strain. However, because of its mysterious second outbreak, people should be vigilant of its threat. More than ever people should be aware and ready to do everything possible to avoid infection.

What makes swine flu so powerful is that it begins with typical flu symptoms such as body aches, fever, headache, sore throat, nasal congestion, and runny nose, but these symptoms increasingly persist with no reasoning or understanding as to why. While H1N1 never left after its outbreak in 2009, it has not caused another pandemic. But, with more and more cases being attributed to the same strain, its possible threat should not be taken lightly.

Because only test results can determine swine flu or not, for the personal health and safety, it would be wise for people to use comprehensive primary care and have a doctor check them out. The strain's severity should not be risked. If anyone has flu like symptoms, with its possible danger of being swine flu, these symptoms should be immediately checked out by a physician.

In general, mostly elderly people are active about their flu vaccination. Lately, though, many young adults and children are getting their vaccinations. According to medical professionals, the very young and the elderly are at high risk. And, because contagious germs start at least a day in advance, people without the vaccination can unknowingly spread the virus.

1. Recognize the signs and do not ignore them. Any type of fever, cough, sore throat, runny nose, stuffy nose, body aches, fatigue, chills, headaches, vomiting, diarrhea or a combination of these are flu-like symptoms.

2. Go to a doctor. If it is swine flu, it is better to be prepared and aware of it instead of caught off guard. Make sure you see your doctor at least once a year, and anytime you aren’t feeling normal.

4. Take all of the preventative actions like washing hands frequently. Because of how often hands are used, they carry the most germs and often are the catalyst to sickness. Avoid contact with sick people, and if already sick, try and stay home until the fever is broken. Kids should stay home from school if sick so they do not infect others or get worse. Constantly carrying hand sanitizer in a purse or pocket can help prevent the flu; be sure you wash your hands multiple times a day, and after anything that could be considered dirty.

5. If diagnosed with swine flu, take the prescribed medicine and follow all doctor's orders. It’s incredibly important to make sure you take the required medication; failure to do so could result in serious issues. Make sure you listen carefully to your doctor, and be sure to ask if you have any questions.