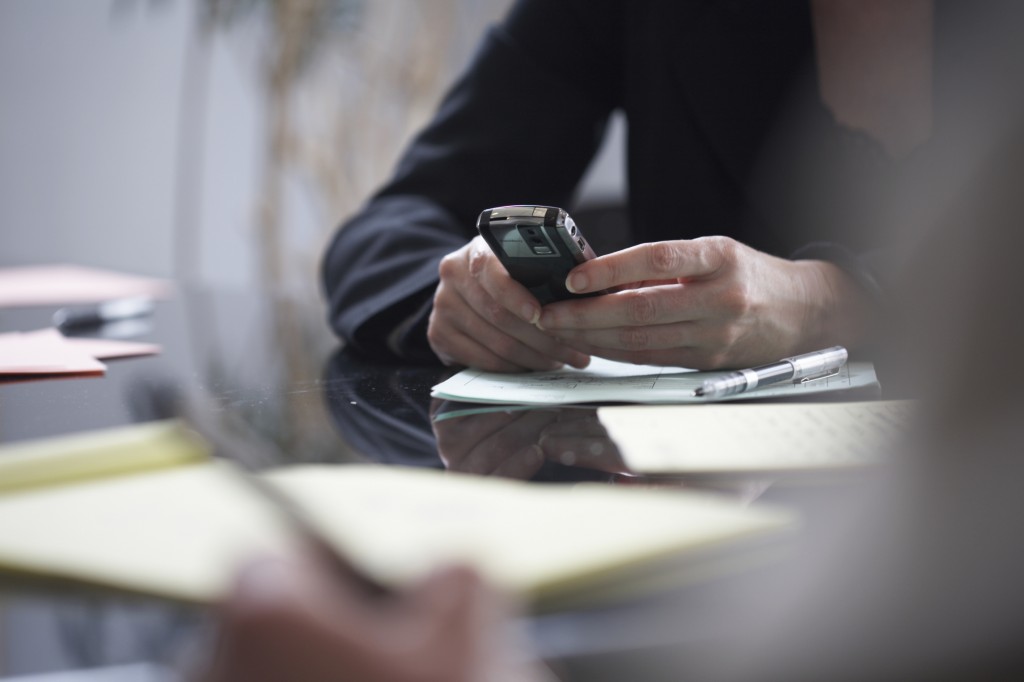 Now of days, many people simply feel that they could not live without their cell phones. They are portable and convenient methods of communication and the latest models are filled with thousands of apps that take your gadget far beyond the simple telephone call. With this wide spread obsession, you may not ever question the disadvantages, but could there actually be health risks associated with the beloved cell phone? Read on and learn about a few of the little known health hazards that come along with cell phone usage.

One of the main concerns about the cell phone and your health is the fact that radiation is a very real threat to those who use cell phones over long periods of time. Electromagnetic radiation is emitted from cell phones and has been shown to be linked to certain cancers. Although there is no direct causal link, the association is a serious one that has been backed by various research. The fact that there are no visible pathways or instant symptoms of this level of radiation makes it difficult for the average person to detect their exposure. Some of the health risks that have been associated with radiation are Alzheimer's disease, kidney stones, brain tumors, etc.

Although cell phone use may cause general health risks through exposure to radiation, here is a closer look at five specific issues that are impacted.

Blood Pressure: One link that has been found is the one between cell phone users and their likelihood of high blood pressure. A recent study conducted by Dr. G Crippa et al. has demonstrated that there is a significant increase in blood pressure/hypertension among those who use cell phones regularly. These findings were shared and discussed at the recent 28th Annual Scientific Meeting of the American Society of Hypertension (ASH) in San Francisco.

Headaches, insomnia and fatigue: Some of the more immediate effects of cell phone use are seemingly minor, yet serious concerns like headaches and sleep issues. Some studies have even shown a direct relationship between length of exposure to cell phones and increased likelihood of these symptoms, such as one conducted by researchers at Uppsala University in Sweden.

Memory: Memory and cell phone usage is an area that is a little more developed in terms of research. Some studies show that memory loss is associated with prolonged radiation exposure (via cell phones) and that the learning and short term memory sections of your brain are what get affected the most. Another Swedish study conducted by Henrietta Nittby in the Division of Neurosurgery of Lund University looked at memory loss in rats and how radiation exposure allowed them to score poorly on memory tests.

Text Neck (bad posture): This is one of the clearest health-related visible signs of prolonged cell phone use. Today, people are constantly facing down to text, check e-mails, play games, etc or even worse, holding their phone between their ear and shoulder. People can sit for hours on end without noticing that their necks are in this position. This prolonged positioning can lead to bad posture and even neck and back issues in more severe cases. Researcher, Judith Gold of Temple University, has studied this relationship and the adverse effects of smart phone use in particular on the shoulder and back area.

Pregnancy: Cell phone use and fetus health has been discussed, although not heavily studied in humans. There is a cause for concern however, as one study conducted at the University of Montpellier demonstrated visible health failure of chicken embryos after radiation exposure. The idea is that the link may be similar among humans. Another Canadian study discussed by The BabyCenter Canada suggests that there is a link between cell phone use during pregnancy and later behavioral issues, such as hyperactivity demonstrated in the human child later in life.

Let's be honest. There is no way that people are going to just give up their cell phones easily, even though many of the above studies indicate that there are serious health risks associated with prolonged mobile phone use. A more realistic approach is to implement some of the following prevention tips, so to avoid irreversible damage later on down the line. Here are some steps that you can take:

Use Speakerphone when available: The issue with the cell phone radiation exposure comes from the fact that the hand-held device is placed directly next to your head. Make an effort to distance yourself from this exposure by using the speaker phone option or simply holding the phone away from your ear slightly to avoid direct contact.

Avoid weak signals: When there are "low bars" or weak signals on your device, this means that even more radiation is being emitted as it has to work even harder to allow for your call to go through. If possible, try to make your calls when you have full service.

Cell Phone positioning: If you constantly hold your cell phone in your pocket or somewhere close to your body, you will want to do so with the back of the phone facing away from your body as this is where most of the radiation is let out.

Switch sides: Finally, if you are forced to use your cell phone regularly, switch up the ear to which you hold the phone so that you are not over-exposing one side.

The above information is not mentioned to scare you from using what may be one of your favorite devices. Rather, the tips and health risks are noted for you to be able to use your cell phone safely and responsibly. It is better to be aware of the risks and make the appropriate changes that you see fit for your lifestyle.

Published on behalf of Ms. Elena A. She is a personal trainer and a nutritionist who writes for LeraBlog and many other health related websites. She is also the editor at YourLifeTube.com.