Scientists from the Wake Forest University, in a significant finding, have shown for the first time that a protein called BAD, that kills cancer cells, does not work in the presence of epinephrine — a chemical which is released significantly by our body during stressful situations or depression. 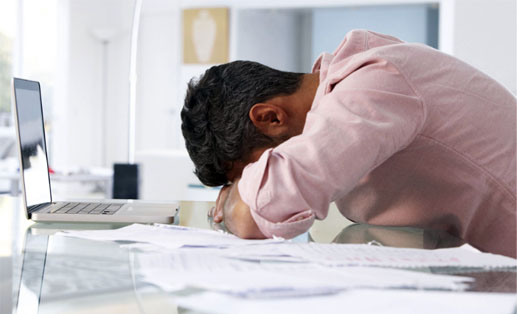 The study conducted by George Kulik and reported in the online ‘Journal of Biological Chemistry’ was trying to determine whether there is a direct link between stress hormones and changes in cancer cells.

Studying prostate and breast cancer cells in the laboratory, Kulik and colleagues found that BAD becomes inactive when cancer cells are exposed to epinephrine.

Previous research had shown that levels of epinephrine, which is produced by adrenal glands, are sharply increased in response to stressful situations and can remain continuously elevated during persistent stress and depression. Kulik said a recent study from Canada showed that men who took beta blockers for hypertension for at least four years had an 18% lower risk of prostate cancer. These drugs block the effects of epinephrine, which could explain the finding. He added, “Another study of men after Radical Prostatectomy reported increased mood disturbances, which are often associated with elevated stress hormones. Although these studies do not directly address the role of stress hormones, they suggest that stress hormones may play an important role in prostate cancer.” Reacting to the study, renowned oncologist from AIIMS, Professor P K Jhulka, said, “This data is very significant and shows that emotional stress may reduce the effectiveness of cancer treatments. Controlling stress level is indeed an important part of cancer management. Morbidity is much lower among patients who have low stress levels. They react better to chemotherapy and radiation and report much fewer bouts of side effects like nausea and vomiting. They also have better will power to fight the disease.”He added, “Certain forms of stress like depression, anger and mental stress result in an increased release of epinephrine. Proteins such as BAD and BAX do not work in the presence of epinephrine.”

Kulik is now studying blood samples of prostate cancer patients to determine if there is a link between levels of stress hormones and severity of disease and has also begun studying the effects of epinephrine in mice with prostate cancer. Specialist of solid tumors, P Mukhopadhyay, said, “The increasing number of cancer cases is a direct result of our stressful and constantly changing lifestyle. A correlation between stress and cancer is present but was waiting to be scientifically proved. Cancer patients with low stress levels have better therapy tolerance and adherence.”

Scientists in some earlier studies of women with breast cancer have shown significantly higher rates of this disease among those women who experienced traumatic life events and losses within several years before their diagnosis.

Studies have also shown that stress alters the way the immune system functions. Scientists also believe that stress may affect cancer’s progression. Presence of stress and stress-related states like pessimism and hopelessness are associated with the progression of cancer and decreased survival.

Researchers have found a novel technique of destroying cancer cells in the body — injecting exploding gas bubbles into the blood stream.

The research team from Leeds University developed the technique that uses microscopic gas bubbles to carry chemotherapy drugs to tumours, where the drugs can target the cancer cells. Each of the tiny bubbles, which are less than a tenth of the width of a human hair, can be specifically targeted towards cancer cells so that they clump around the tumour.

A pulse of ultrasound then causes the gas inside the bubbles to vibrate until the bubble bursts and the resulting shock wave also punches small holes in the cancer cells allowing the drugs to go inside.
The researchers claim the new technique will help increase the effectiveness of chemotherapy treatment by targeting cancer directly while also cutting down on the harmful side effects caused by the toxic drugs when they attack healthy cells elsewhere in the body.

Microbubbles, as they are known, are already used by doctors to help provide clearer images on ultrasound scans as they travel through the blood stream because the gas inside the bubble reflects the ultrasound pulse more effectively than the surrounding tissue. Lead researcher Stephen Evans hopes to start trials in animal models within the next three years. “By targeting the bubbles to the cancerous tissue, it means we can deliver far higher concentrations of drug to the tumour than is normally possible in chemotherapy,” the Telegraph quoted Evans as saying. The researchers are initially trying out the technique as a treatment for colorectal cancer but they hope it can be adapted to treat other cancers by changing the chemotherapy drug and the antibody on the outside of the bubble.