Media is one of the very strong tools for dissemination of information and awareness the general public. It can be used in several different ways to reach out the audience. You can spread your words to many people without making so many efforts. Many countries around the world are using this tool to educate the general public. Many campaigns have been initiated regarding diseases and epidemics by using different media outlets and sources. Breast cancer awareness probably was an enigma in the past but now it’s no more a hidden thing.  One can observe several campaigns been run on television, radio, Newspapers, social media, billboards etc. both the direct and indirect sources are used to  aware people and especially women. It is a very effective opportunity and platform to achieve the targets. 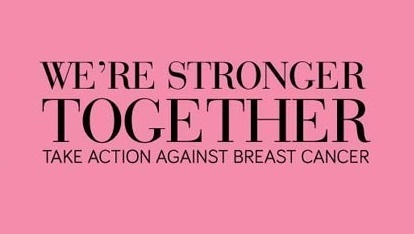 How To Use These Media Sources?

One needs to decide the media source as per availability for the public or the target audience. Media source and aptitude of the audience can’t be taken separately. They are actually linked with each other. Usage of these sources should be purely made with regards to an interest of the audience as well apart from availability which is also very important though. The actual purpose is to teach them the basic of this disease. How to prevent breast cancer is the first lesson following the screening, diagnosis and treatment. Even after the treatment there are certain issues which need to be addressed and can be actually raised through the media. Many false myths cab be dispelled and the actual situation can be presented in a more effective and pertinent way. One can’t deny this specific feature of media as its coverage. This is in fact an evident feature.

Breast cancer awareness or awareness regarding any other phenomenon can’t be operative since the element of communication is missing in them. So communication can unlock the locked realities independently. Direct communication can also be used to educate the public at the community level and it is more appropriate for vicinity where other media sources might not work due to lack of resources in that particular area. Direct communication can compel the women of the area to think about their breast health. It requires physical and mental both efforts of the communicator. The element of feedback is more easy and prompt in this procedure. People can react to your opinions and can ask direct questions. You can observe their body language to guess their interest in the topic of conversation. It is the biggest advantage of direct communication and one can utilize it by using it at the right place. Indirect communication is effective in communities where you think people would not be interested enough to listen to you or they might not have enough time. Here you can use media resources to spread your message. Few of the media sources are equally effective for both the communities, the one with the availability of all the resources and other with a lack of many resources. These include broadcasting and pamphlets etc. though you need to design the message according to the understanding of the masses.

Television is the most effective resource for breast cancer awareness in this modern era. Your message can reach many people around the world. You can target more people by using this resource. The message through television channels is more persuaded than the other sources. You can use it to telecast the live or recorder interviews of the survivors or even can use celebrities for this purpose. It will certainly compel women to think about their breast health and to follow the advice. The methods of healthy eating can also be presented along with other tips to live a healthy and disease-free life. The reliability of the public can be increased by such efforts as everything will be very much in front of their eyes.

Radio is also an effective source to communicate with the public rather an affordable source. It is very effective for the areas where there people are living their life in poverty. Breast health would be a peculiar thing for them. These communities can be targeted through radio for the breast cancer awareness. Short radio massages can change the thinking of the people though it would take time. It requires patience. The awareness campaign might not be effective initially. One needs to wait for the outcomes. You will get the results gradually.

This is also effective for the literate community. They can also keep the record of all the advice. They can use it later to decide about their breast health initiatives. One need to think out of the box to develop such success stories which can instigate the readers to act according to the instructions. Al least women will start thinking about their breast health which is very precious. Interviews with doctors and health care advisors can also be published regarding breast health. Experts can give their expertise regarding the methods to avoid this disease as well as to fight it out.

Social media is also one of the powerful tools of this society. Breast cancer awareness can spread through these social networks. It is the most usable source in this modern age. Not only youth but people of different ages are using this platform these days to connect with the world.  This is indeed a very active platform. Thousands of posts and marketing campaign can be seen on Facebook and other social media outlets. Here it is also easy to spread the message in an entertaining way instead of preaching something.  People will only be interested in your message when you will design it creatively and according to their interest otherwise, it would be just wastage of time.

All one has to do is to learn herself about all the related aspect with regards to breast cancer or any other aliment. These all resources will certainly help one out to figure out the problems as well as to seek the solutions.