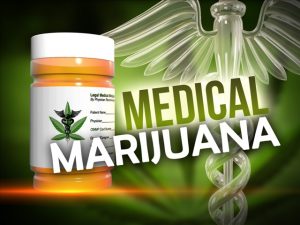 Marijuana has been under the category of an illicit drug for quite some time now (in most parts of the world). It is a mixture of dried, frayed leaves and flowers of cannabis sativa which is also commonly referred to as weed, herb, pot, ganja and a huge number of other synonymic slang. It is basically the shredded leaves and flowers of the hemp plant.

There are various ways by which it can be ingested, smoking and eating it with edibles being the most common methods out there. It has been debated for long whether this natural substance should be illegal or not, considering its medicinal properties which outweigh any of the cons that the substance might induce – the opinions are divided, some swear by it while the others absolutely are against it.

Smoking is the most popular way of ingesting marijuana, and it obviously has its problem because at the end of the day, you are inhaling toxic fumes in the form of by-product of combustion of the paper and the drug itself. However latest research has shown that there are quite a lot of benefits to it as well, one of them being the deliverance of anti-carcinogen directly into your lungs. Apart from that there have been studies which show that there are minimal to no significant damage towards the lungs by marijuana smoking.

In specific cases, medicinal marijuana is especially useful, like for lung inflammation. Lung inflammation usually occurs due to asthma, a chronic inflammatory condition. Cigarettes are known to constrict the bronchial passage, while it is well known that medicinal marijuana is anti-inflammatory in nature and helps in expanding the bronchial passage which in turn leads to relief for an asthmatic patient. Cannabinoids help protect cells and DNA from damage, and the psychoactive compound THC that is found in it is an effect bronchodilator, opening up vessels in the lung, allowing for better air flow. According to Green Door West, if you get the option of organic cannabis, that is the best thing to go for.

Although if you are a heavy smoker, it is suggested that you use a vaporizer because superfluous smoking might eventually lead to chronic bronchitis, Sore throat and excessive coughing.

A long-term research that concluded in 2012, tested the lungs of 5115 young adults. The findings were astonishing, it was quite noticeable that people who smoke cigarettes or other forms of tobacco have a comparatively decreased lung capacity which massively affects a person’s fitness in the long term and the short terms as well. It is proven that there is a lot of tar in cigarettes which eventually leads to smoker’s cough.

Marijuana, on the other hand, doesn’t lead to a build-up of tar in the lungs and in fact expands the lung capacity of the user. The next study was published in 2015 by Emory University which looked at the total lifetime marijuana use and lung health. The researchers involved tested the exhalation capacity of light, moderate and heavy smokers. The result pointed out that lifetime marijuana usage of up to 1 joint a day for 20 years is not associated with a decrement of spirometric (exhalation strength) measures of the lung.

Marijuana is considered to be rich in Anti-Oxidants when you light up your joint, not only are you ingesting THC, but you get a supply of Anti-Oxidants as well. It is one of the common buzzwords in these times. But whenever we consume marijuana, the tissues in our lungs are exposed to them. Anti-Oxidants are proven to avoid aging and tissue degradation while simultaneously helping in preventing cancer. It is quite the absolute opposite of tobacco, as they are one of the bringers of cancer as many researches have proven.

Correlation of COPD with Marijuana

One of the major arguments against cannabis would be that smoking leads to Chronic Obstructive Pulmonary Disease (COPD), but a research by certain Dr. Tashkin suggested that smoking cannabis by itself in all statistical probability doesn’t lead to COPD. But, mixing the same with tobacco certain can, especially for aged consumers. However, if you are already suffering through COPD, marijuana just might be of help, you won’t be ingesting it in the form of smoke though, because that would, in general, defeat the purpose.

Keeping your lungs healthy even while smoking Marijuana

No matter what you smoke, it will always leave behind some amount of tar and ash particles. For your lungs to be healthy, you have to remove these particles from your lungs. The best way to do so is by doing anything which forces you to have full exhalation and inhalation cycles. This is due to the fact that it forces your complete lung to function instead of just the top-half, leading to cleaning out of any gunk that’s left deep down.

There are obvious risks associated with the consumption of marijuana through smoking and for that reason, you can always stick to edibles or hemp oil which is easily available at places where recreational or medicinal marijuana is legal.

But if you want you can still smoke them using vaporizing pens while simultaneously reducing the risk associated with it as the vaporizing pens tend to heat the herb up until the point where the profitable essence of weed is released but no actual combustion takes place. If compared directly with cigarettes, marijuana is much safer than tobacco even while using a vaporizer for tobacco and a normal non-organic paper for marijuana.

Well that’s it guys, these are some of the health benefits that is provided by this natural entity to your lungs. Although smoking in any form isn’t a good habit and isn’t the best thing you could be doing to your lungs, but moderate consumption of the same seems to be less harmful than most people anticipated. If you’re actually concerned about your health and its deprecations due to smoke, simply switch to a vape to sort things out.