It seems a paradox: if the upper layer of skin changes about once a month, then why does the skin age? There are several reasons.

The passage of time destroys the skin. As the years go by, the skin undergoes a number of biochemical changes. First, the epidermis cells no longer regenerate as easily, and the collagen and elastin supporting fibers degrade. The deterioration of collagen and elastin fibers together with the gravitational force that pulls the skin down determines some of the classic signs of aging skin: fine lines around the eyes, lines of expression deepened at the corners of the mouth and over the forehead. Nails are usually more fragile, and the hair may begin to thin.

There are also other changes in the skin. As you get older, your skin is no longer as hydrated as before. In addition, its ability to fight infections, perceive sensations and regulate body temperature also decreases. And, after several decades of transmitting instructions for the production of new cells, the DNA in the skin cells may deteriorate, allowing for uncontrolled growth, resulting in skin cancer.

Part of the aging process is genetically determined. Just as genetic inheritance determines the color of your eyes and whether your hair is straight or straight, genes also play a role in determining whether your skin will remain firm until 60-70 years old or begin to wrinkle and wrinkle. left after 40 years. Degradation of collagen and elastin structures, which has the effect of loose skin, occurs at a different rate for each person.

As you get older, the only and most important cause of skin damage is not old age – but sun exposure. This deterioration is called photo-aging. Over the years, sun exposure causes fine, coarse wrinkles, skin that is left with a yellow, hard, or dry, scaly skin. Also, sun exposure increases the risk of skin cancer. As sun exposure decreases the amount of collagen that supports the blood vessel network, photo-aging can also lead to lighter skin aging.

You can easily distinguish the effects of photoaging from those of chronological aging by performing this simple test. Look at the wrinkles and pigmentation of the skin on the face and on the top of your hands; feels the texture of the skin. Now do the same with a part of your body that has not been exposed to much sun over the years, such as the lower abdomen or buttocks. The difference can be dramatic, especially if you’ve been a lifelong sun lover. People spend billions of dollars annually trying to counteract the effects of aging. There are products that help counteract this effect. Two of them are Dysport and Botox. You may consult our catalog of skin products that help counteract the effects of aging.

The role of ultraviolet light

The deterioration of the skin due to sun exposure is caused by ultraviolet (UV) radiation. Not all sun rays have the same effect. Some UV radiation with certain wavelengths penetrate the skin deeper than others. Awareness of this difference has led researchers to wonder if some types of UV rays cause brown spots and wrinkles (sometimes called “old spots” or “liver spots”), while others speed up the cancer development process. skin. 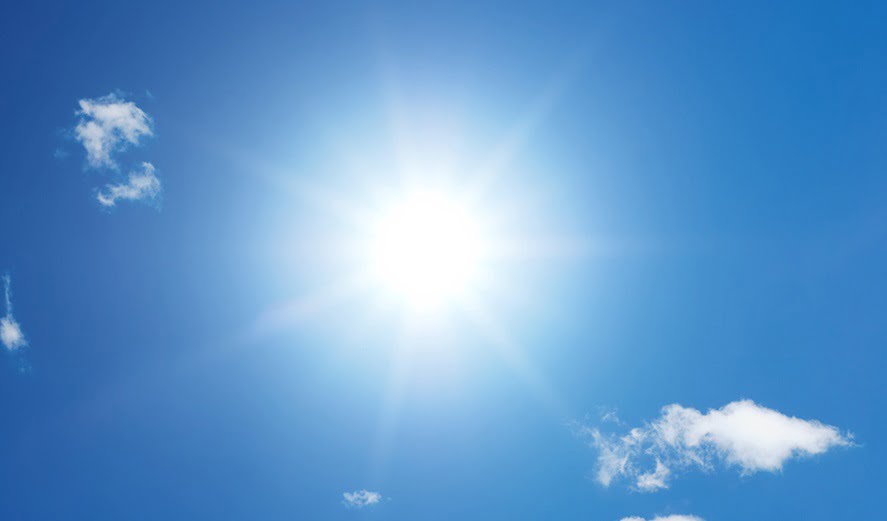 UVC. This wavelength is the shortest of the three. It also has the highest energy level and is the most harmful. UVC rays can destroy the skin, but they are usually absorbed into the atmosphere by the ozone layer before reaching the surface of the earth. In the 1970s, concern about the holes in the ozone layer led to a worldwide ban on chemicals that affected the ozone layer; the ozone layer now seems to be recovering on its own.

UVB. These rays are slightly longer and have less energy than UVC rays, therefore they are less harmful to the skin. They represent about 5% of the ultraviolet radiation that reaches the surface of the earth. UVB rays enter the epidermis and their visible result in terms of deterioration is sunburn. Experts believe that the risk of melanoma is generally higher, the more sunburn you have. Research shows that UVB rays cause a distinct genetic mutation that allows uncontrolled cell growth, with cancer occurring. In fact, more than 90% of squamous cell cancers have this specific mutation.

UVA. Radiations with the longest wavelength range, called UVA, also play a role in photoaging and skin cancer development. About 95% of the UV radiation that reaches the surface of the earth is UVA. Due to their greater wavelength, these rays penetrate deeper into the dermis. Although only about 10% of UVB rays reach the dermis, researchers believe that 50% of UVA rays do this.