Surely everyone has heard about the Eiffel Tower, the most famous landmark in Paris and the symbol of France. And yet, what does the pile of 7,000 metric tons of puddling iron have to do with cosmetic surgery? Apparently, the Tower has become a desired shape for a nose among women in China, who are willing to pay up to $10,000 to have their nose modeled after it. The operation is not exactly a typical rhinoplasty: aside from changing the shape of the nose to resemble French architecture, patients have tissue removed from their forehead in order to make the nose look bigger.

According to surgeon Wang Xuming, the Eiffel Towernose is not just another bizarre trend in cosmetic surgery - having a Western style nose actually gives patients more chances to secure the job of their dreams, by giving them that certain something to stand out of the crowd. â€˜Some students face a lot of employment pressure after graduation; if their facial features are good, they’ll have more chance of finding a job", says Xuming. â€˜We’ve had students getting the Eiffel Towernose, it’s helped them a lot.’ 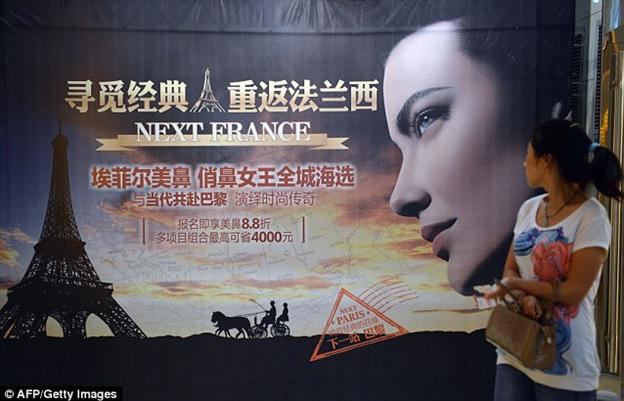 And it's no wonder that doctors performing the procedure have hundreds of patients every month. With a record 7 million graduates spilling out into the job market in 2013, candidates are resorting to every possible means to improve their chances - and their looks - in order to appear more attractive to employers and secure the job. And it's not like they have a choice: Chinese employers have always expressed their preference for attractive employees, stating even height requirements for vacant positions.

Unfortunately for graduates, the situation doesn't seem to get any better: local media has dubbed 2013 as the â€˜toughest ever year' for college students, and studies found that nearly 10 percent of recent university graduates are unemployed - that's more than double the official unemployment rate of China's general population. With such competition in the job market, it's no surprise that employers can afford to be extremely discerning when selecting new personnel. 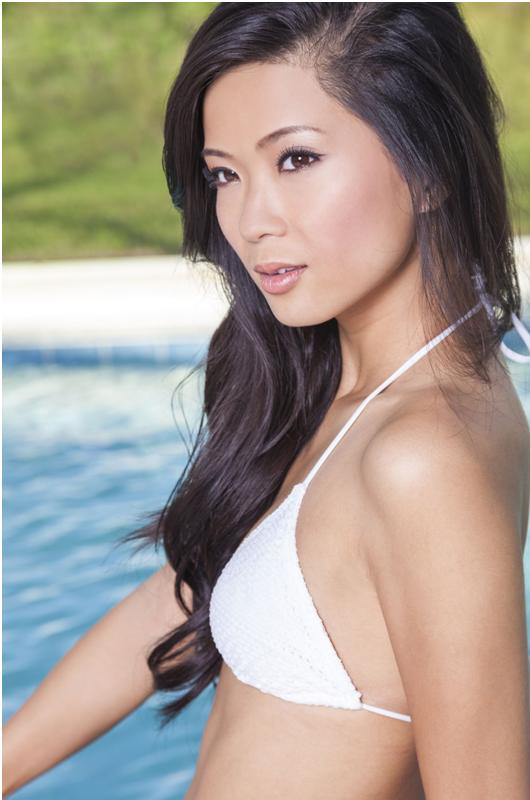 It's not a secret anymore that China is crazy about plastic surgery. According to statistics published by the All-China Women's Federation, there are 3.4 million plastic surgeries performed annually (and numbers are doubling year-over-year), making plastic surgery in China an industry of nearly $5 billion - the third in the world, behind the United States and Brazil.

Just like in the Western world, facelifts and anti-aging treatments are most in demand, but not among people belonging to the 40-50 age group, as one would expect, but among people in their 20s. In China, unlike any other country, the most requested surgeries are not based on need or age. For instance, the most popular operation targets the face and makes the eye look bigger by adding creases in the eyelid - a procedure called the â€˜double eyelid'. Closely following is a procedure designed to make the bridge nose look more prominent - the opposite goal of a typical rhinoplasty in the West - and jaw reshaping.

As far as the clientele is concerned, actors, dancers, and other performing art professionals are the main consumers of cosmetic procedures. Celebrities are no longer the main recipients - nowadays, students and even elderly looking to Westernize their looks have become avid consumers. Also, in the past decade, male surgeries have nearly doubled, currently making up 10 percent of the plastic surgery market. Most men who decide to improve their appearance are middle-aged job-seekers looking to increase their chances in the job arena.

No doubt about it, plastic surgery in China is a booming and vibrant social phenomenon. And while some may criticize the lack of industry regulation, pointing out how the plastic surgery arena is just a big pile of messy, bizarre procedures, it is, in fact, a powerful movement shaping the world's perspective on beauty.