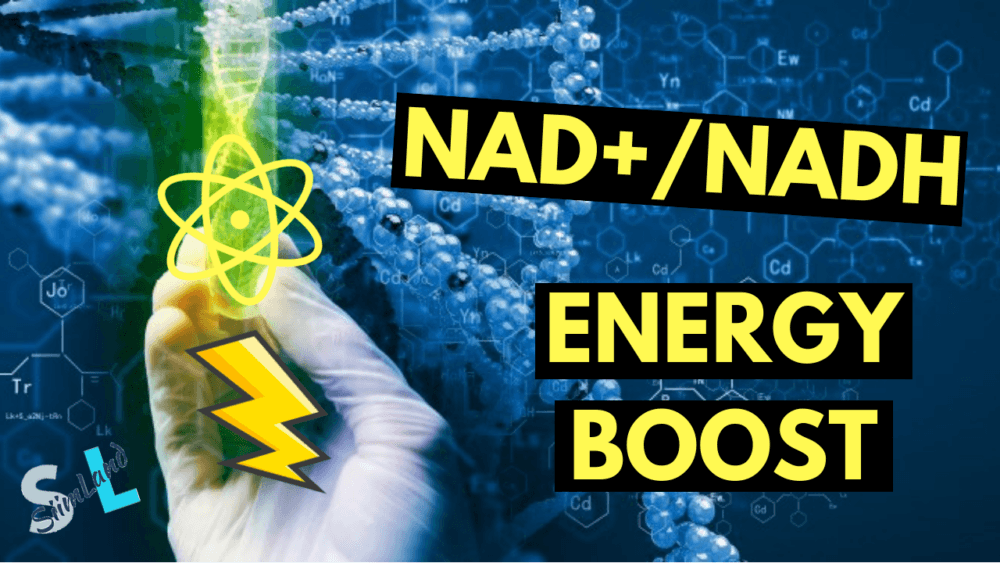 Nicotinamide adenine dinucleotide, usually known as “NAD” are small molecules that make up enzymes. Their importance lies in the fact that they are part of all living cells in the body and also participate as an intermediary in different metabolic reactions.

Its main function is the transfer of electrons, which, in turn, is part of other fundamental processes for the proper performance of the body (and therefore for the life of human beings), such as the production of energy for the cells, cellular respiration, degradation of carbohydrates or fats that are consumed, among others.

NAD is a key element in the prevention of diseases and degenerative processes that affect people:

But, NAD declines with age

As we age, all the processes of the human body also decrease in function and effectiveness, thus reducing our body’s resistance and defense against harmful agents.

Likewise, NAD levels decrease over the years, as its degradation increases at the same time as its production declines. Also, factors such as stress, excessive alcohol intake or drug use, aggravate this situation.

All of this leaves our cells more susceptible to damage and suffering from neurodegenerative or heart disease, to name a few.

In addition, there are countless harmful elements to which we are exposed on a daily basis (such as exposure to the sun’s ultraviolet rays), that promote the degeneration of the cells’ DNA, which in turn lose their ability to repair themselves.

It is important to note that DNA is composed of telomeres, which are protective segments that slow down the speed of tissue aging, and NAD is responsible for repairing these segments.

This is why it is necessary to maintain an adequate level of NAD in the cells of the human body, in order to decrease the decline and delay as much as possible the arrival of the complications that are associated with the aging process.

Nicotinamide adenine dinucleotide is an anti-aging compound that promotes longevity by reversing the deterioration of body functions and thus extending life expectancy, but a life of quality.

Here you will find 5 ways to boost your NAD levels:

The intake of NAD supplements is not viable since this molecule is not assimilated by the organism, but is degraded in the small intestine by its epithelial cells, and is transformed into its precursors: nicotinamide mononucleotide (NMN) or nicotinamide riboside (NR).

In other words, oral NAD is not recommended because several successive stages of degradation and reconversion would have to be developed, since, in turn, its precursors would be converted into NAD.

So, to avoid this process the precursors are the supplements that are indicated to increase the levels of NAD by the oral route, besides they do survive the digestion process.

But, oral supplementation does not ensure that there is a correct bioavailability of NAD in the body, since this is regulated by different factors such as: the absorption capacity of the digestive system, an inadequate oral dose, metabolic disorders, etc.

Therefore, these factors affect the actual amount of NAD that the body absorbs and can use, which is regularly very low since these supplements are not completely absorbed.

In this case, by being infiltrated directly into the bloodstream, the entire process of absorption and degradation by intestinal enzymes is avoided. This ensures that absorption is complete and is the most effective and immediate method in relation to the amount of NAD that will be available for use by the body.

The intravenous injection lasts between 2 to 5 hours, and several sessions must be done within one or two weeks (it all depends on the person’s condition and needs).

But as with everything, there are cons. It is a very invasive and expensive procedure, reaching thousands of dollars for this treatment. In addition, there is an increased risk of developing infections and side effects by producing a very rapid increase in the blood levels of NAD, as well as kidney or liver dysfunction due to prolonged I/V infusions.

The main advantage of patches over IV infusion is that it is not invasive or harmful to the body. The absorption of NAD that occurs is better than using oral supplements or applying creams and achieves up to 5 times the levels of NAD.

Another advantage is that, apart from being very easy to use, it does not require a specific amount of time to be applied (such as spending a few hours on I/V injections) as it can be used while sleeping and its action is released as its time of use passes, which can be 4 hours. Nor does it require a visit to the doctor.

Thanks to the transdermal absorption you do not run the risk of the dose used being insufficient (as can happen with pills). In short, in general it is a much easier, practical, safe and effective way to introduce NAD into cells.

In turn, these injections are given in different parts of the body right under the skin. Unlike the I/V route, absorption occurs progressively rather than immediately.

These injections are performed in a matter of minutes, and although they infiltrate a small amount of NAD, it is still much more invasive than using patches, so the latter are still the safest option.

The advantage of using creams is that they are very easy to apply and consist of elements that favor the arrival of NAD to sub-dermal cells, this being necessary since the skin is an organ constantly exposed to internal or external damage.

But despite this, their bioavailability is lower than when using patches, since these creams can be easily removed with water and disappear before being properly absorbed.

Also, many brands of creams promise to increase your NAD levels by integrating their precursors among their components, so here we ask you: Why use a cream that uses a precursor of NAD, if you can use it directly and enhance the benefits on your skin.

AgelessRx is an online telemedicine clinic that specializes anti-aging. If you are looking to buy NAD+ products to slow down the accumulation of aging related damage, this online platform can service clients in all 50 states via their website. AgelessRx provides a better alternative to traditional anti-aging clinics. Their ability for patients to get Doctor-assisted care and personally prescribed products from the comfort of their home has eliminated the geographical constraints of finding a convenient anti-aging clinic.