Recent reports suggest that there are states fighting over the issue of marijuana legalization. This comes in the wake of the weed having been successfully legalized in Washington and Colorado. This has left other states wondering whether or not they could do the same. However, the funny bit is that most of them seem to be forgetting one of the most important aspects about marijuana that could get them the legal stamp - its health benefits! 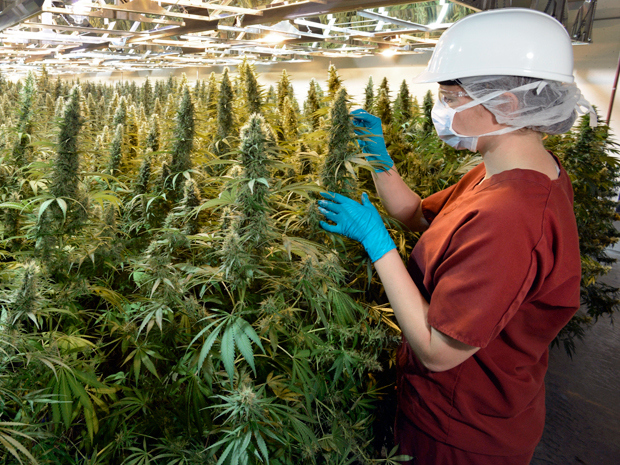 Yes, it has been a widely known fact that marijuana is a Schedule 1 controlled substance and this is why it is generally tested under very strict circumstances. However, recent reports have come in about studies which have explored the great potential in marijuana for the advancement of medicine. Here are some amazing health benefits of marijuana that have come to light only recently.

Some studies have revealed that marijuana effectively slows down the progression of Alzheimer's. This is possible because marijuana has the special capacity of blocking an enzyme which gives rise to Alzheimer's essentially. Protein lumps that are responsible for the inhibition of memory and cognition are also prevented.

The next fact is something that should have been long expected. Marijuana acts as a pain reliever. This because it has a unique anti-inflammatory pain relief property which helps treat a huge number of health issues and illnesses. This includes rheumatoid arthritis, multiple sclerosis and even migraines. In fact, researchers consider it to be hundred times more powerful than aspirin.

It is believed and has been found that marijuana can actually stop HIV from spreading to the entire body. This is an amazing and unexpected piece of news and is a rather pleasant one at that. Scientists found THC to have stopped the spread of HIV in monkeys. THC is basically the principal cannabinoid of the cannabis plant. Moreover, it has also been observed that those monkeys which received higher doses of THC went on have higher levels of healthy cells too.

Another amazing revelation that came to light from a 2012 study show that medical marijuana is actually effective in slowing down the spread of cancer cells. This is in the form of a marijuana compound essentially which is said to stop metastasis in certain kinds of aggressive forms of cancer.

Medical marijuana has also been seen to combat anxiety, depression and ADHD. It has been found that those who consume marijuana on an occasional basis have been seen to have lower levels of depression related symptoms as compared to those who've never touched marijuana. It relieves anxiety and combats ADHD symptoms as well when taken in small doses.

Medical marijuana is believed to have the capacity to treat epilepsy and Tourette's as well. This is a known fact that the FDA had recently given its go-ahead to the efficacy of medical marijuana when it came to the treatment of pediatric epilepsy. Further research has gone on to indicate that it can even alleviate Tourette's symptoms in particular cases.

Blindness from glaucoma can actually be prevented with the help of medical marijuana. This is because it's capable of decreasing the pressure inside the eye when ingested orally, taken in by inhalation or even intravenously taken in. all this definitely point towards the huge number of benefits associated with medical marijuana.

These surprising discoveries about medical marijuana health benefits that have been reported are definitely worth considering as well as exploring. With so many good things being associated with it, this should definitely be taken up for in-depth research and then legalization might automatically follow suit.