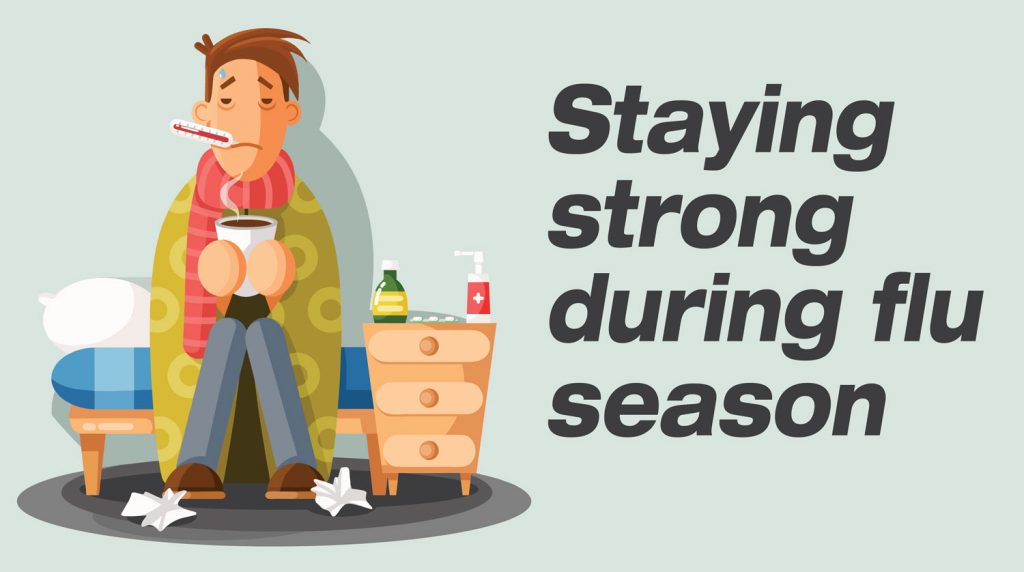 The winter season brings with it an annually recurring event that we love to detest – the flu season. Each year without fail, this infamous influenza virus outbreak takes place in the United States, making us fall sick before, during, or after the holidays.

The 2017–2018 flu season has proved to be quite deadly and dangerous in nature, compared to the other flu seasons in the previous years. The current flu season began its onslaught early in November 2017 and has been raging on till date across most states in the United States. The Centers for Disease Control and Prevention (CDC) on Friday, Feb 2, stated that the current flu season has created a new record in terms of the number of people seeking medical assistance from hospitals and other medical centers to battle influenza-like illness (ILI).

Local and state health experts report that the flu spread across most states at the same time during the holidays, thus increasing the chances of one catching the infection.

Amidst such trying times, Kristen Norlund, the press officer of CDC says that there is a range of precautions one can adhere to in case they want to prevent going down with the flu themselves. Some of the most potent precautionary tips have been discussed below, which will help to keep the infection away.

A yearly flu vaccine has been recommended by the CDC as the first and the most important precaution one can take to prevent the flu virus. Prior to the creation of the flu vaccine, scientific studies and research suggest a list of flu viruses whose spread will be the most common during the season. Based on the conclusions, the flu vaccine targets those influenza virus strains and protects us from falling sick. The CDC advises individuals of 6 months of age and above to get the flu vaccine, preferably by the end of October before the flu season kicks in.

Google Play store and Apple’s iTunes store is filled with free medical and pill identifying apps, such as the Pill Identifier and Drug List App. These apps come in handy while identifying a drug by its name, color, shape, and brand. A pill identifier provides information about a wide range of branded and generic drugs available in the United States. During the flu season, the doctor prescribes antiviral drugs to treat ILI. The pill identifier can be used to detect a loose drug, check fair, and search for pharmacies near you where the prescribed drug is available.

The most basic flu preventive tip is to wash your hands thoroughly. Doctors, nurses, and health experts repeatedly advise everyone to wash their hands whenever they come in contact with a common touch point in public places. Alan Pocinki, MD and an internal medicine practitioner at the George University Hospital, states that the surfaces of public places are filled with germs which can infect a healthy person if he/she does not take care of their personal hygiene, especially during the flu season.

Flu germs are known to stay alive on surfaces for as long as 8 hours. A healthy person can get infected if he/she touches such infected surfaces and then uses the same hand to make food, eat, rub his eyes, or cover the mouth. An easy way of getting rid of these pathogens is to scrub the skin hard for more than 20 seconds with soap and plain water.

4. Cover Your Nose and Mouth while Coughing or Sneezing:

Sick or not, always cover your mouth before coughing or sneezing. When the flu-infected person coughs or sneezes, they release a spray of water droplets laden with the flu virus. A person nearby can inhale those droplets and catch flu easily. So it’s better to cover your mouth with a disposable tissue before you cough or sneeze. Always remember to throw the tissue away to prevent it from coming in contact with others.

While you are out of your home or traveling for work, it is not always possible to wash your hands with soap and water. To keep our hands clean in such circumstances, hand sanitizers have become a constant in our travel bags and purses. During the flu season, these sanitizers play a major role in keeping the viruses at bay and preventing us from falling sick. However, a 2010 study published in the journal BMC Infectious Diseases prompted office staff to clean their hands at least five times a day with an alcohol-based hand sanitizer. At least 60 percent of these hand sanitizers contain alcohol, generally ethyl alcohol, which is effective in killing viruses and bacteria on contact.

To fight harmful pathogens during the flu season, one must maintain a healthy lifestyle to keep the immune system in a good shape. Ardis Dee Hoven, an infectious disease specialist at Lexington, advices everyone to take care of their health to avoid falling sick. Adequate nutrient intake, exercise, and sleep are key factors necessary to stay healthy and give the body the strength to fight the influenza virus.