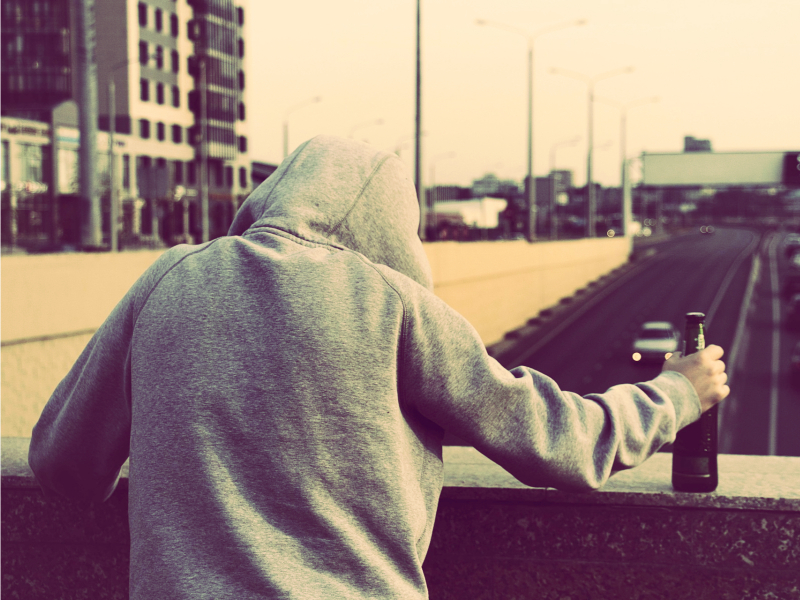 “Many persons have a wrong idea of what constitutes true happiness. It is not attained through self-gratification but through fidelity to a worthy purpose.” – Helen Adams Keller

You have a new, healthy lifestyle. That’s awesome. Unfortunately, this path we’re both on (as a former substance user and severe alcoholic, I understand completely) is fraught with turmoil. Bitterness. Maybe even good ol’ fashioned frustration and irritation. It’s times like this that it’s time to remind ourselves what happens when we use, and why we made the decision to keep ourselves sober and change our lifestyles – forever, for the better.

Warning: If, while watching any of the movies on the list you feel the need to use again, turn the film off immediately and call someone for support.

The Lost Weekend is a cinema classic. An alcoholic (played wonderfully by Ray Milland) goes on a four-day bender. Seems fun, right? Until the film unravels for us a tale of how alcohol ruined not only his life but his relationship as well. The beautiful highlight: near the end, when an emotional speech is given about the dangerous world of alcoholism. It’s a true eye-opener.

You may have watched this classic film as a teenager, thinking it glamorizes drugs and narcotics. (Not to mention goggling over the drool-worthy Matt Dillion.) In the film, merry bandits rob drugstores for—what else?—drugs. Throughout the film, disastrous consequences follow him, and we follow his fight to go straight. It is made of pure stories about drugs and addiction. (Featuring an awesome cameo from legendary writer/artist William S. Burroughs – druggie extraordinaire.)

You know this film. Whether you watched it half a dozen times when it first hit theatres, rented it from Blockbuster in the early ‘00s, or simply “got hooked in” to it on Netflix, there’s no denying… this film is sickening. For good reason: many critics agree it is the most accurate portrayal of addiction in cinema.

While sardonically hilarious at times, this film (featuring Ewan McGregor) is a brutally-pure portrayal of addition. Based in Edinburgh, Scotland, this film focuses on the depravity of four lunatic friends who are deep in the seedy underbelly of addiction. (This film is truly not for the faint of heart.)

No list about recovery from addiction is complete without this true-story film, based on Bill W., the founder of Alcoholics Anonymous (A.A.). Focusing on his life as he came to grips with his own substance abuse problems and his world-changing abilities from forming a self-help group that went on to become the most famous form of addiction treatment. (Even without A.A., the Ibogaine Success Rate alone is worth reminding yourself to stay on track.)

In early recovery (and even after recovery), it can be hard to distract yourself or simply to do something when you have some free time. Hopefully, the movies you have just read about will keep you on the good path of health. Now if you’ll excuse me, I’m going to watch Trainspotting again.

“Most of the important things in the world have been accomplished by people who have kept on trying when there seemed to be no hope at all.”

– Dale Carnegie, author “How To Win Friends and Influence People”