It seems like it wasn’t long ago that the only places where we saw dash cams were when we were sitting on our couch watching episodes of cops laughing as the police had to respond to a report of an alligator on the loose or whatever else. But, with the decreasing cost of portable video recorders, dash cams have become popular with ordinary drivers for a number of reasons other than just watching spectacular footages of Russian car accidents. 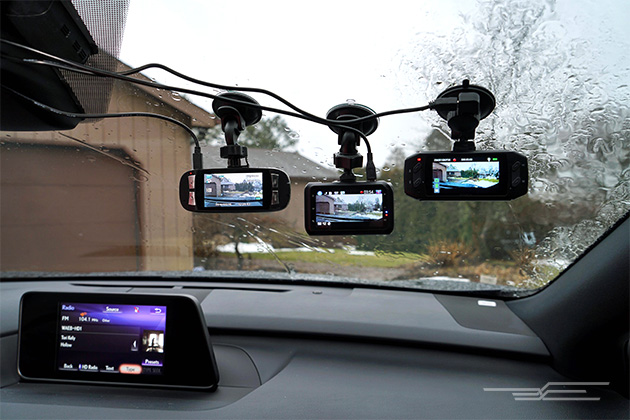 According to Dash Cam Buyers Guide, one of the biggest advantages of dash cameras is recording evidence to show your insurance company or the court if it comes to that, in the event of a wreck – since is it hard to determine who is telling the truth and witnesses aren’t always available. In fact, now many insurance companies offer discounts to drivers with dash cams, giving drivers an even bigger incentive to buy one. But, which one should you pick?

At the first glance, buying a dash cam seems like a pretty straightforward affair since they are just cameras that sit on your dashboard and record everything. However, some dash cams have nicer features that can make your life a little bit easier. Because dash cams record continuously on a limited amount of storage, a good idea is to get something with a looping function that will automatically record over your old video that you no longer need, when the card reaches its capacity.

But, what if someone hits you because they were playing Pokemon go behind the wheel instead of paying attention to the traffic? Will your dash cam record over if you leave it sitting for too long? Well, if you buy a quality model, it should not. Many dash cams also have a G-force sensor that can detect sudden changes in acceleration, including impacts with other vehicles. When this happen, the camera will remember to save whatever was recorded at that time instead of overwriting it. Of course, making sure your footage gets saved won’t be much help if you have an accident while driving at night and the camera is struggling to record in the darkness. So, it’s not a bad idea to check the dash cam’s capacity to record at night time. Unfortunately, dash cams that have infrared and night vision, often aren’t all that reliable.

Other features a dashboard camera must have are:

Given that it’s quite easy to find full 1080p dash cams for well under a $100, there is no much reason to go with anything lower and you may want to get something with a wider resolution such as 2560×1080 pixels. Thus, you can capture stuff that’s going on in the sides of your car as well.

Before you rush up to buy a new dash cam, make sure what’s legal in your area. While some countries like the US generally allow video recording in public spaces like highways, other countries like Austria, ban dash cameras completely or place restrictions on their use as in the case of Germany. But if your local cops don’t have something against dash camera usage, do your homework and buy something reliable. Not only will you have greater peace of mind, but you also might capture stunning videos that might become viral if you post them online such as a falling meteor or a kangaroo attack.