Jai Sharma had the shock of his life when Dan and Archie showed up unexpectedly to break the news that Rachel Breckle is dead! Viewers of Emmerdale will witness how Jai struggles to the news of her tragic death and tries to cope with his inner demons. Jai has constantly been gripped with guilt for being an absent father. We often remember about the promise that he made to his son, Archie, “I will never give up on you, son” when he left Emmerdale. 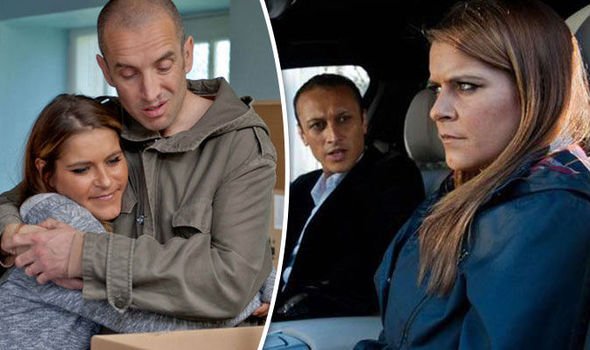 But amidst the tragedies striking one of the most watched series of the UK, the death of Rachel was a sudden one! But who exactly was Rachel Breckle?

Viewers missed Rachel since 2015 when the actress Gemma Oaten left the show. Oaten’s character was related to the Spencer family and was the younger sibling of Ali Spencer. Rachel was the aunt of Amelia and Sean Spencer. The early stages of her character were quite neutral but soon, there were a series of failed and tumultuous romantic stories. She was remembered as the unlucky lover girl.

Soon, Rachel had a one-night stand with character Jai after she was appointed as a cleaner at his sweet factory. At that time, Jai was married to Charity Dingle. Obviously, if there’s a one-night stand and you need a story for the girl, she has to get pregnant! Rachel originally considered having an abortion, but Jai ended up stopping her even if he was married.

Rachel was in a relationship with Sam Dingle, and in the years that followed, the pair got engaged in January 2014. However, it wasn’t a bed of roses since Charity started to blackmail her and she had to flee Emmerdale.

A year later, surprisingly, Rachel made a comeback and rekindled with her love interest, Sam! However, her return sparked a bitter fight for custody of Archie between Rachel and Jai. At that point, her character storyline took a dark twist of events. She started becoming violent with Sam. Gemma Oaten revealed in 2017 that she struggled with her role. “I really struggled, and I had to dig deeper to understand why Rachel would do this,” she said in an interview with TEDx Talk.

Finally, viewers remember her final emotional scene on the soap when she bid goodbye to Emmerdale in order to go and get help for her behaviours. Of course, Jai was the last one to accept this.

When the character left the story, we all thought that it was an open-ended way since everyone thought Gemma would return to the series one day. The actress told OK! Online in April 2018 that she will definitely be back since there a was lot of potential storylines. But now, the possibility has been ruled out since there is no coming back for the dead!

Emmerdale hasn’t revealed the cause of Rachel’s death. Maybe that will be a story that will open up new opportunities for Jai and Archie.

Fans did not take this lightly for sure. Many views of Emmerdale thought that this was just a trick, fake news that was meant to turn Jai down. It is known that Rachel used to cancel visits by Jai, and she wouldn’t talk to him after her return. She even attempted to con Jai with another baby by convincing him it was Archie to keep him away. That open idea for additional interpretations. If someone can fake a baby… she can fake death!

Maybe the upcoming episodes will reveal how she died. If you don’t have time to catch the story live on screen, you may pop onto the blog section of luckypantsbingo.com. They post juicy spoilers about the UK’s most popular series including Emmerdale. Who knows, you might learn the tragic reason as well as answer the trivia to get away with some bonuses.