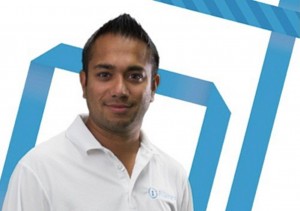 The India born Jay Gotra moved to US, when he was just 15 years old to complete his higher studies. In his growing up age, he helped his father and uncle in their family business. Where on one side, he was helping his father in running his convenience store so on the other side, he was helping his uncle in his car dealership business and there he did all, right from selling the cars up to the detailing on them. So being from a business class family, he learnt all of the business ethics from his childhood.

During his studies in the USA, Jay got a chance to work with a home security system company. At that time he was just unaware with the fact that this opportunity would give his life a new professional turn. Jay started working in the home security systems and quickly grew to love it. Jay Gotra learnt all inside and out of the home security system business. He felt that it was a fantastic job, where he could make people happier by making them safe and secure. Jay made his part time profession, a start of his full time career. He masters through all of the technicalities, involved in home security system products right from the installation up to the sales of these products.

Today Jay Gotra serves as the CEO of Alliance Security in Warwick, Rhode Island and it is the hard work and dedication of Jay, which made the Alliance Security one of the topmost service providers with an exponential growth. During 2009 to 2012 Alliance Security achieved the highest growth of 731%. This cyber security company is currently securing almost 100,000 customers nationwide.

Work ethics which Jay instills in his employees everyday has given him huge success. For Jay work culture is the key to success. According to him, “Your greatest strength is your weakest link”. Jay inspires his workers to be bigger than what they are. He defines success as a goal not as a vision, to his employees.

Providence Business News recently awarded Jay with the distinction of being one of the Rhode Island’s 40 under 40. PBN awarded 40 highest performing professionals of Rhode Island, on the basis of their local, domestic and global performance. In July all of the winners celebrated their victory at the Aldrich mansion in Warwick, RI.