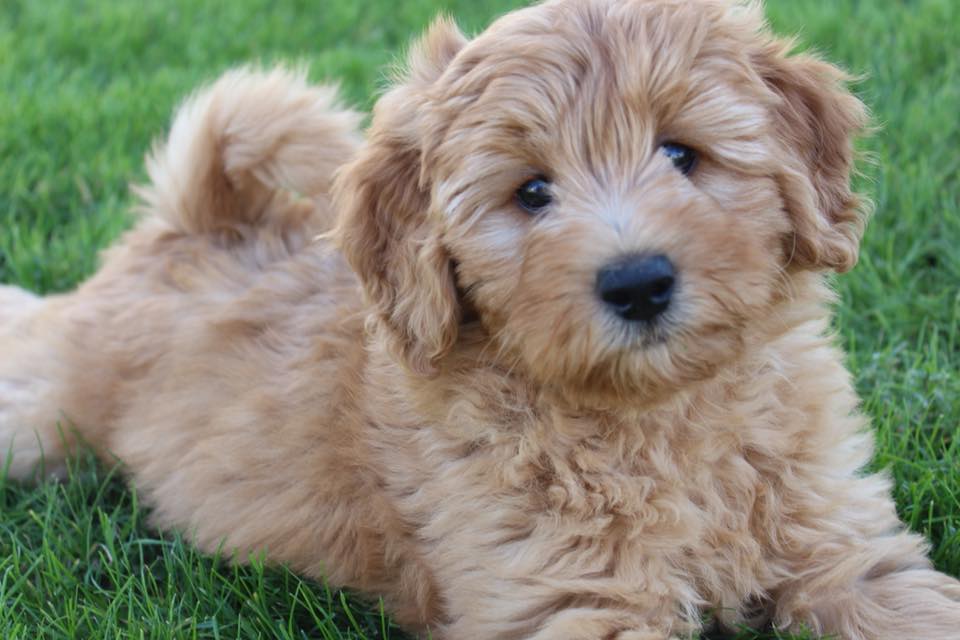 It is true that Golden doodles look their best at the puppy stage. Their cuteness and adorableness at this stage are truly unmatched. And as a result, most owners wish they could just stay this way forever.

Alas, your Golden Doodle won’t stay a puppy forever. Over time, he will grow and blossom into an adult dog. But once the adult stage is reached, your dog will stop growing!

To understand when this will happen, let’s take a look at the growth pattern of the two breeds that birth Golden Doodles – Poodle and Golden Retriever.

When do Golden Retrievers stop growing?

Generally speaking, Golden Retrievers take two years to become fully grown. Their first year features development from the puppy stage to a stage slightly older stage, where they get tall and lanky and start to get a little clumsy. This phase is where their skeletal system becomes fully mature.

Then in the second year, they become filled out and fully grown.

When do Poodles stop growing?

The Standard Poodle grows 18-24 inches tall and 45-70 pounds. And they grow at an almost identical rate as the Golden Retriever. For the first year, a Poodle will grow tall quickly but will seem thin and scrawny. By a year old, they are as tall as they are going to get, and it takes another year to add weight to their bones. So by a year old, the Standard Poodle is as tall as they will ever get, and by two, they will stop gaining weight as well.

The smallest of all the Poodles also becomes fully grown within a year. Toy Poodles are only 10 inches tall and 6-9 pounds. Most toy breeds are entirely developed within the first 6-7 months, including weight. They very seldom keep growing weight-wise for the last few months of their first year like larger breeds.

So When Do Goldendoodles Stop Growing?

Goldendoodles are a mixed breed, so estimating their growth rate is not an exact science. We can take the average of these purebred parental lines to make a good guess of their growth. But this method isn’t always accurate because there is no way to guarantee that the genetics is distributed evenly by the parents. Your Goldendoodle might take after the larger parent more, or the smaller. And there is no way to determine that until they are a few months old.

Like the Poodle, the Goldendoodles size comes in three variations. Each size will grow at a different rate, with the largest growing up the slowest.

Mini Goldendoodles are also called Medium size Goldendoodles. They typically get 17-20 inches tall and weigh 40-50 pounds. The mini size comes from crossing either a mini or toy-sized Poodle with the Golden Retriever. You will notice that the Mini Goldendoodle will reach his full height within a year, but will not stop growing until two years old to fill in.

The last size is the Toy Goldendoodle that grows to only 13-20 inches and 15-30 pounds. The Toy size grows at a much faster rate, though. The Toy Goldendoodle is usually a mix of either one of two combinations, which can make growth rates hard to predict.