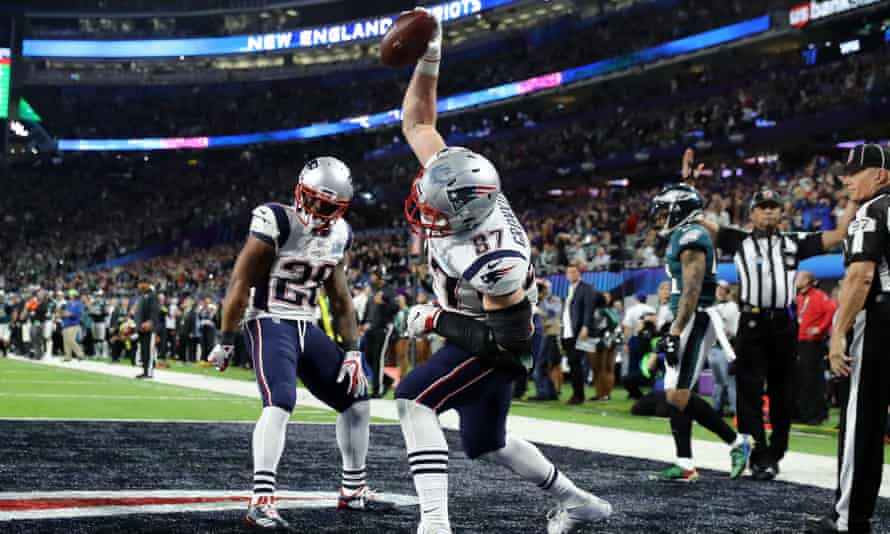 Betting on football is not just a pastime for many but also a quick and easy way to make money for several sports fanatics. Betting is not just limited to the National Football League (NFL), which is the major league but experienced bettors also keep their eye on the college football league. NFL playoff predictions have some of the highest rates and returns and millions of people bet on them.

The Super Bowl is one of the most highly anticipated and watched events in America. The championship is also one of the largest events for sports betting in the world being watched by millions of people all over America.

According to the American Gaming Association (AGA), the Super Bowl LV game played between the Kansas City Chiefs and Tampa Bay Buccaneers had almost 23.2 million people betting on it. This was a feat considering this year’s Super Bowl recorded the lowest viewership for the game since 2007, with just 91.6 million people tuning in on CBS. Despite the odds stacked against it, Super Bowl predictions during the championship did remarkably which is an indicator of the sports betting industry’s prosperous future.

Basics of Betting On Football

If you want to make some easy money while watching something that you enjoy then football betting is for you. It might seem difficult to understand with all the various kinds of bets available to wager on. Here’s my beginner’s guide to getting you started on your football betting journey.

The odds in a football wager are usually set by a bookmaker and represented by a fraction. This is an indicator of the stakes you bet on and the winning outcome. In football, the payout for a game is usually set at odds of 10/11, unless stated otherwise. This means that if someone bets $11 then they willwin $10 and get $21 in return. For games where stakes are high asthe NFL playoffs or finals, the odds also increase and so do the returns.

Bookmakers usually provide you with odds on the outcome of the match as well as events in the match like the number of touchdowns scored, the player scoring them, any fouls, etc.  Once the match ends and the outcome is confirmed, the bookmaker pays you your original stake plus the additional winnings from the bet. Here are some classic wagers in football betting.

The point spread is one of the most popular bets in NFL games. It classifies one team as the one most likely to win and the other as the underdog and then associates a number with the team likely to win. This number stands for the number of points the bookmaker thinks they will win by. The bettor then bets on whether the favored team will win by that number of points or more, less, or whether the underdogs will win.

The money line is the most well-known betting practice, not just in football but across every sport. In this wager, you bet on which team is more likely to win the game. One team is labeled as the favorites while the others are the underdogs and people bet on which team they think will win.

The parlay is a relatively large-scale bet and involves the bettor making multiple wagers and tying them together into one. If they win then they win big and if they lose then they lose everything.  If any of the bets tied loses then that means the entire parlay loses but if all the wagers win then the bettor earns a largeramount compared to single bets.

Football betting is a highly interesting and addicting hobby. It can be useful for making easy money through something you enjoy watching. The betting industry is growing and legal betting is becoming a trend in many countries. According to a survey in 2019, 61 percent of respondents who claimed to be sports fans stated that they would bet on the NFL. This makes it the top sports league that sports fans in the US would bet on.

However, for amateur bettors, it’s always better to consult an expert like the ones at Charlie’s Sports before making a bet. Some of the games they offer stakes from include Major League Baseball predictions, NCAA Basketball March Madness prediction, NFL playoff predictions, and horseracing picks among many others.